For the last couple of years the hardware upgrades that VR headsets have been getting have been pretty stale; there might be a resolution bump or the addition of eye-tracking or new controllers, but most of the advances have seemed to be on the software side. Facebook is focusing on some more fundamental display issues in their latest internal VR headset prototype, which they showed off at day 2 of F8.

Oculus “Half Dome” will focus on allowing users to see more of their environment at once inside the headset, while also making some sophisticated changes that will allow them to shift focus between objects. 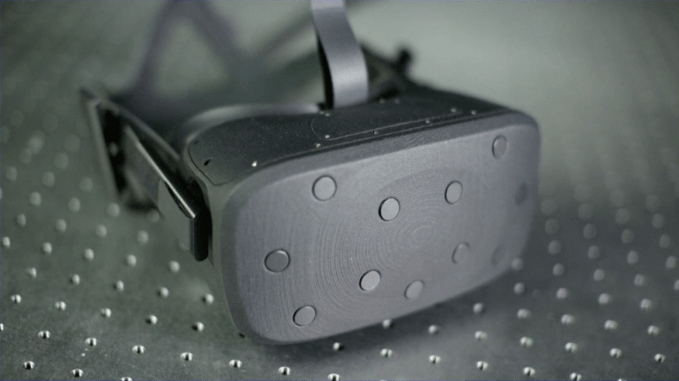 The prototype will bring the field-of-view from 100 degrees to 140 degrees, allowing users to see more of the visual world in their periphery. What’s even more impressive is that Facebook has achieved this without creating an even bulkier design — the prototype maintains the size of the existing Rift headset thanks to their “continued advances in lenses.” It seems that there are some fundamental display issues the company is aiming to tackle before it shifts the focus to making the headset smaller.

In terms of depth-of-field, existing headsets don’t give users multiple focal lengths. What that means is that if someone gives you something to read or another object you need to see clearly, they stick the focus around two meters from the user. This was one of the major issues that Magic Leap was claiming they had solved with their display technology, though it’s unclear what of their research is actually making it into the end product. 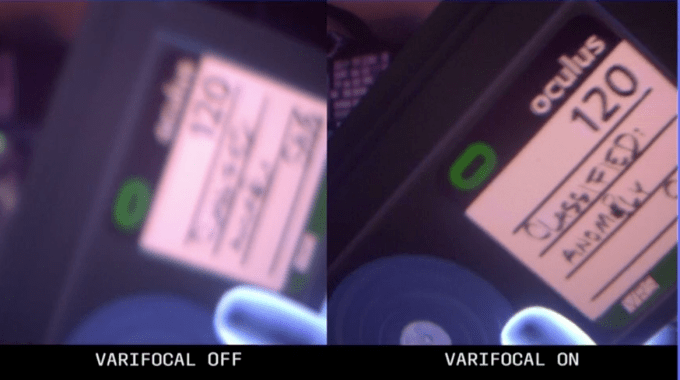 Oculus says they have been able to achieve variable focus in one of their newest prototypes by physically moving the screens inside the headset to accommodate the different depths of field. It works similarly to the auto-focus function in cameras, but won’t cause any noise or vibrations for users, the company says.

Oculus has talked about a lot of advances toward displays like this on the research side, but this shows how close to the real-deal they are with a headset that integrates the technology without increasing the bulk of current Oculus hardware. While Oculus has devoted much of its public attention on prototypes to standalone headsets, “Half Dome” showcases some big changes that will move the dial on the highest-end VR headset displays.