Awhile back, a blockchain startup approached me with their pitch, a decentralized social media application in which users can earn money simply by doing what they already do on other platforms, such as posting updates, photos and videos.

I would have been intrigued had they sent me the message a couple of years ago. But not so much after observing the space for more several years.

Several blockchain applications profess to enable users to monetize various resources, whether it’s their unused storage and CPU power, or the tons of data they generate every day.

Regardless of whether they will succeed to deliver on their promises or not, these projects highlight one of the problems that haunts the centralized internet. Users are seldom rewarded for the great value they bring to platforms such as Facebook, Google and Amazon.

Blockchain applications suggest that decentralized alternatives to current services will give users the chance to collect their fair share of the revenue they generate with their participation in online ecosystems. It’s an enticing proposition because it doesn’t require users to do much more than what they’re already doing: send emails, browse websites, watch ads, keep the computer on…

But what exactly do you earn from monetizing your resources on the internet, and how accessible and reliable are your earnings? Here’s what you need to know. 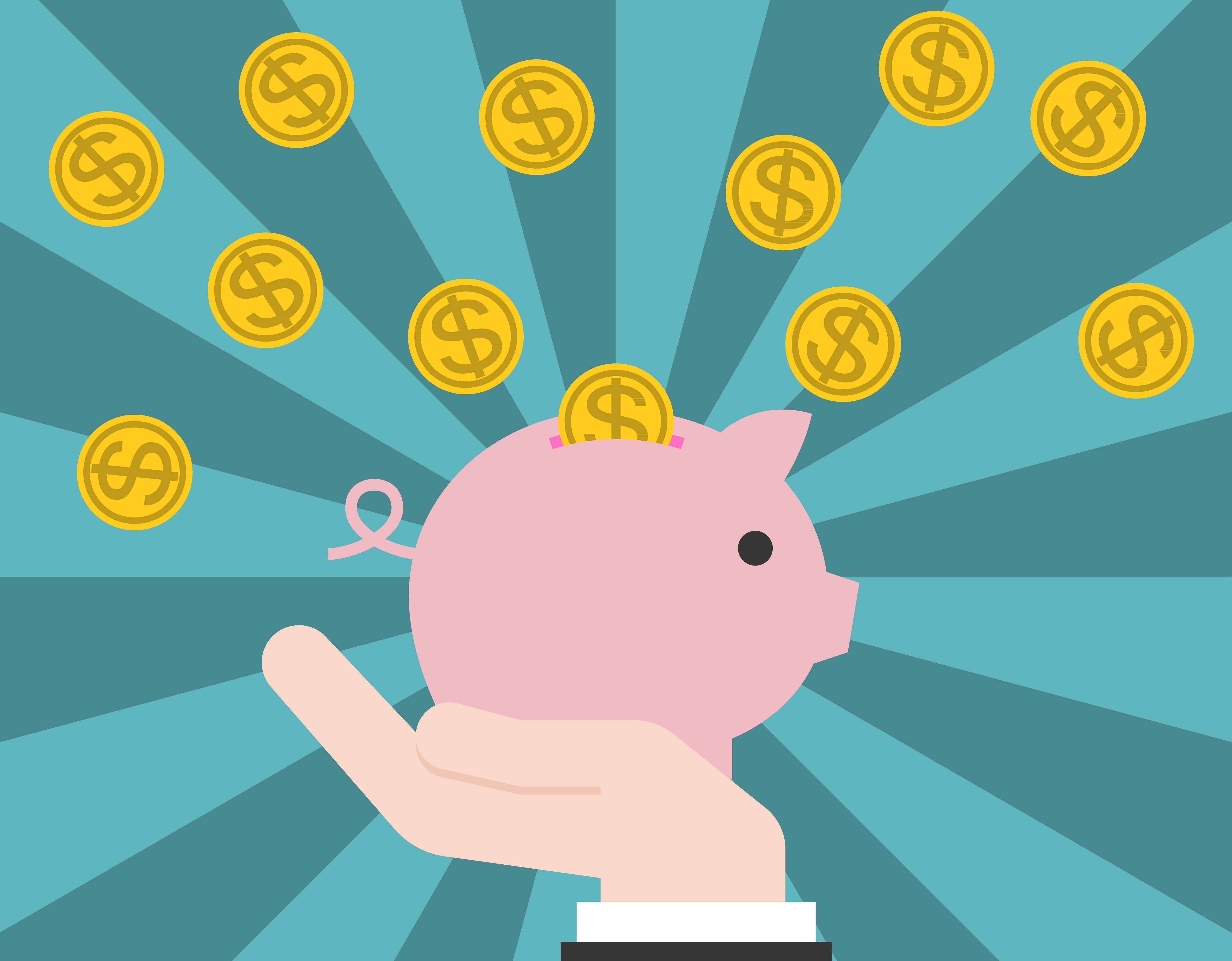 What can you sell?

A handful of blockchain platforms enable you to rent your unused storage, idle CPU cycles and internet bandwidth to those who are in need. The premise is simple: You list your resources along with your payment terms on the application and get paid in the proprietary crypto-token of the application when others use them. Purchases are arranged, performed and paid peer-to-peer through smart contracts, bits of code that run on blockchain without the need for a centralized application server.

Examples include Golem and iExec, two decentralized marketplaces for computing power. Users can earn the platforms’ proprietary cryptocurrencies, GNT and RLC tokens respectively, by renting their CPU cycles to developers and users who want to run applications on the network. Golem and iExec aim to replace centralized cloud providers such as Amazon and Google, in which the service provider sets the rates and rakes in all the profits.

Storj and Filecoin are two distributed storage networks where users can earn cryptotokens for sharing their free hard drive space with the network. Both platforms are designed to provide infrastructure for various applications, such as web hosting and streaming services. Gladius, a decentralized content delivery network (CDN) and DDoS mitigation solution, enables users to monetize their internet bandwidth to serve content from websites and services running on the network.

These applications provide a good opportunity to turn into a side income the hours that your computer sits idly in the home or office.

Other blockchain platforms enable you to monetize your data. An example is Datum, a decentralized marketplace for user data. Datum enables users to earn DAT tokens by choosing to share it with other organizations. Other players in the domain include Streamr, a real-time data-sharing platform geared toward the Internet of Things (IoT). With Streamr, users can earn DATAcoin tokens by sharing the data their connected devices generate with other devices that need it to carry out their functions and companies that use them for analytics and research.

Data is a huge market that is currently dominated by a few big players such as Google and Facebook. These companies hoard user data in their walled-garden silos and use it to make huge profits. Blockchain platforms give users the choice and power to claim their share of that market by giving them back the ownership of their data.

Matchpool is a decentralized social network that enables users to monetize their groups and online communities. Matchpool provides the decentralized equivalent of Facebook groups and provides tools for administrators to earn GUP tokens by setting fees on membership and access to content. And there’s Brave, the blockchain-based browser developed by the former CEO of Mozilla. Brave removes ads from websites and instead gives users the choice to earn Basic Attention Tokens (BAT) by opting to view ads. 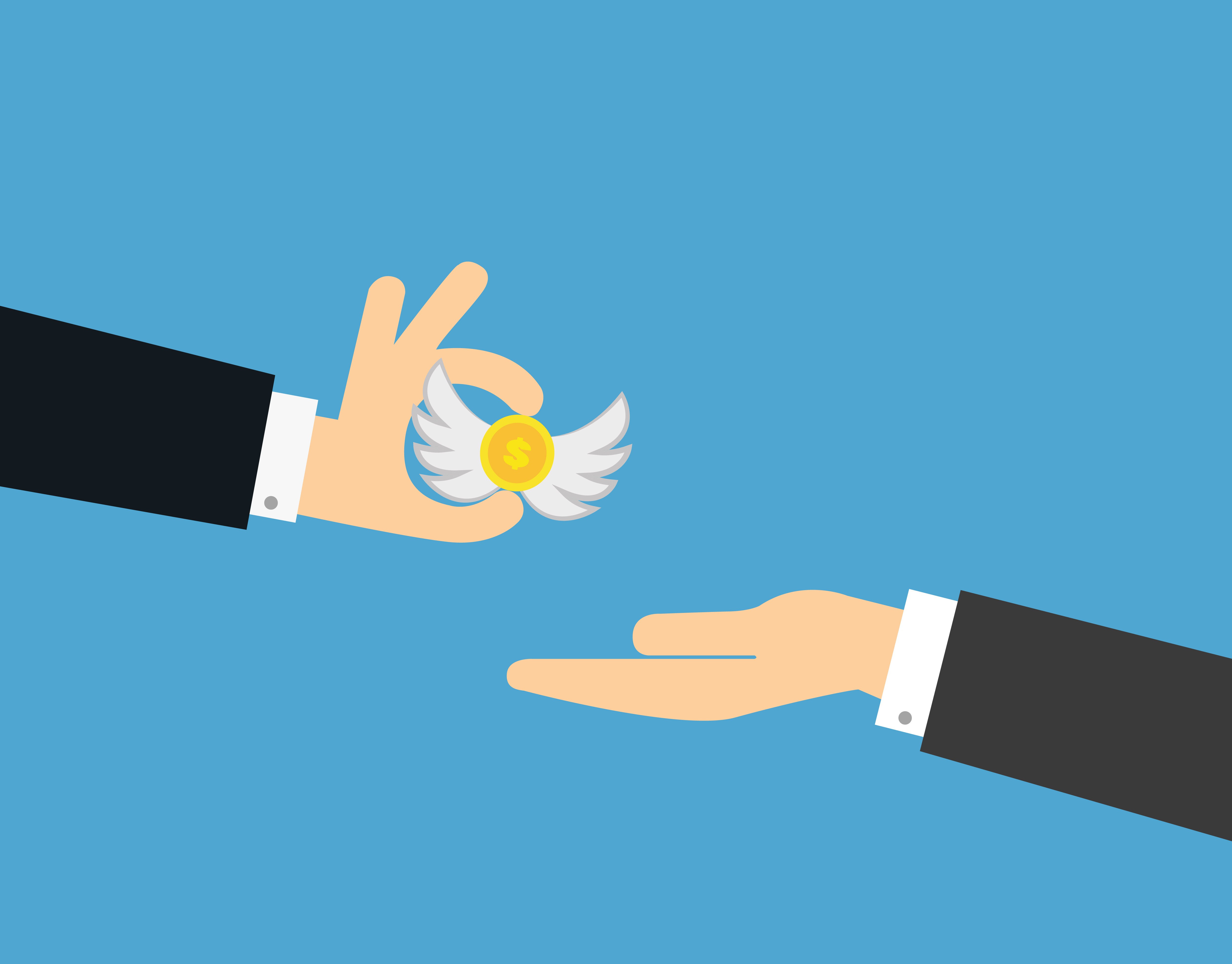 How much do you earn?

It’s difficult to measure earnings on blockchain applications because most of them either haven’t launched yet or are in their early stages. Few of the companies I reached out to could provide stable numbers or average figures.

Also, the value of the resource you share on these platforms is often subject to supply-and-demand dynamics. For instance, iExec leaves it to the users to determine the price of their computational resources and doesn’t take any cut from their earnings. If there’s a large demand for decentralized CPU power, you’ll earn more from participating in the network.

Storj, the decentralized storage network, had the most accurate information to share. The platform provides a formula to calculate the monthly earnings of “farmers,” the users who share their free storage space with the network. Storj charges $0.015 per gigabyte of data stored and $0.05 per gigabyte downloaded, 60 percent of which goes to the farmers.

Several factors affect the final earnings, including whether the farmer nodes store primary or mirror copies of data, how long they participate in the network and how well they perform in terms of up-time, bandwidth and response times. “If someone stored 1TB of data for the entire month, and that entire TB of data was downloaded once that month, they could potentially make $39,” said Philip Hutchins, CTO at Storj Labs. But the current average monthly payment for a Storj farmer node is around $2, according to the network data the company shared.

Storj has also launched partnerships with FileZilla, Microsoft and other companies to build decentralized apps on top of its network, which could increase demand for Storj space.

On Datum, the decentralized data market, users earn between $0.50 and $5 in DAT tokens for each promotional email they opt to open, according to Roger Haenni, the company’s CEO, though he did not share the details of how earnings are calculated. Currently the network supports monetizing email inboxes, but in the future, the company plans to provide users with the option to get paid for sharing various categories of data, such as the location data their phone collects, apps, services and websites they use, data that their smart gadgets collect and others.

That last bit sounds a bit invasive on user privacy. “This [data] is currently widely tracked by cookies from various ad networks,” explains Haenni. “However, the user is not asked to explicitly opt in to share this data nor does he get paid when this data is monetized.” Datum will give the chance to claim the money that’s already being made from their data.

The Datum network currently has 80,000 users, and since the launch of the Datum App in late December, users have collected 1.5 million DAT tokens, amounting to around $75,000.

Gladius, the decentralized CDN, doles out $0.03 in GLA tokens per gigabyte of bandwidth of data streamed through a node (however, the company’s website states that this is an estimate based on favorable market conditions). An internet connection with a 30 mbps upload speed shared with the network for eight hours a day could earn its owner around $49 per month. 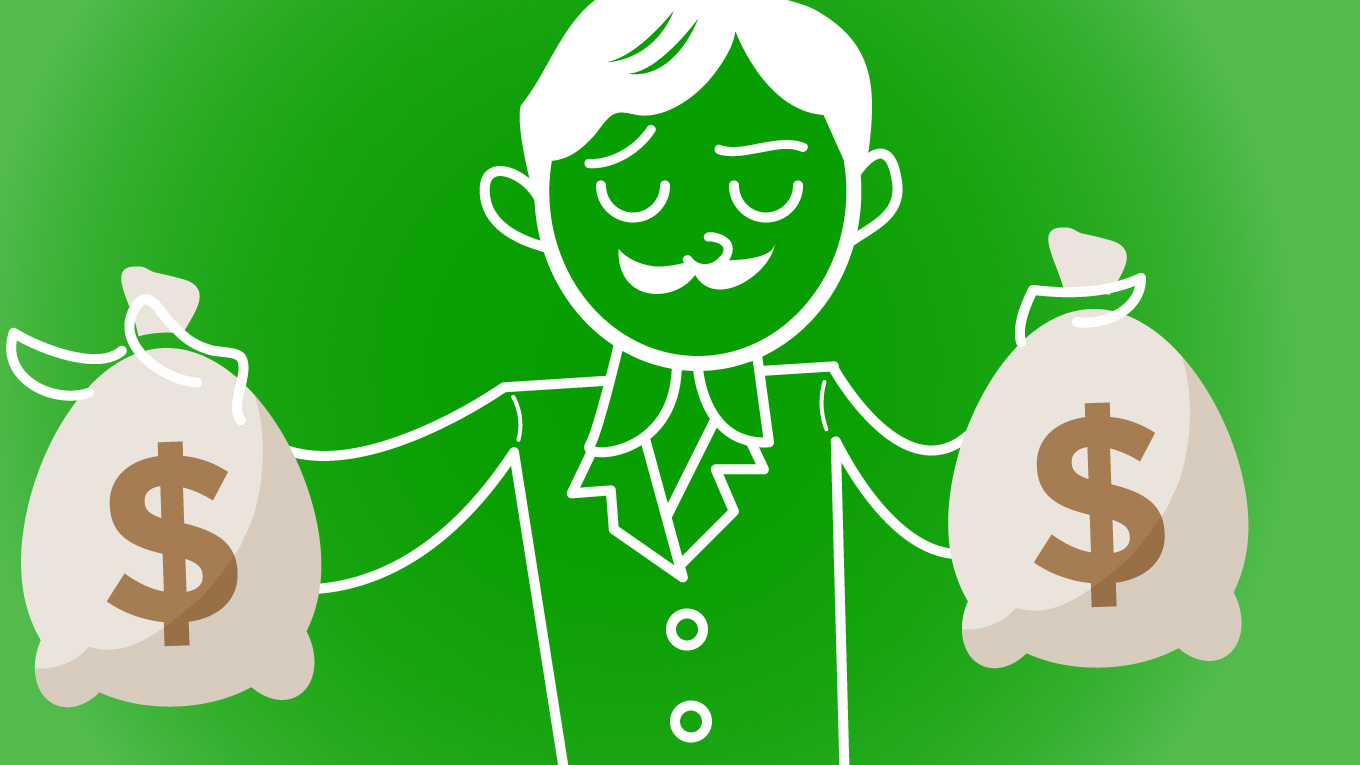 What are the costs and risks?

In most cases, you’ve already paid for the resources you’ll be sharing on the blockchain, whether it’s your hard drive space, your CPU or your bandwidth (unless you’re on a metered connection, in which case sharing it would be unwise). However, you’ll have to factor in electricity costs of keeping your computer on, which vary depending on the region you live in.

Social and data-sharing platforms won’t have any extra costs, but you’ll be responsible for keeping the balance between sharing your data and preserving your privacy.

One of the real risks of earning cryptotokens is the constant price fluctuations. The value of what you earn today could double overnight — or drop by half in the same manner. This means you’ll have to choose between holding your tokens or cashing out.

And there are always the risks of scams and failed projects that will absorb users’ funds and resources only to disappear and leave them out in the cold.

“Resource-sharing projects on top of the blockchain that allow users to control and profit from their own data will be the most profitable and successful projects in the future,” says Jared Tate, blockchain expert and the founder of DigiByte. However, Tate also notes that many of the current resource-sharing platforms are PR projects that will never scale.

“The majority of projects out there won’t be around in five years. Most of the projects don’t even have working software, just a whitepaper and some fancy graphics on a website,” Tate says. Some users evaluate projects by examining the market cap alone, which Tate believes is the absolute worst way to gauge a projects long term viability. “So many market caps are artificially inflated by developer pre-mines or deceptive coin counts,” he warns. 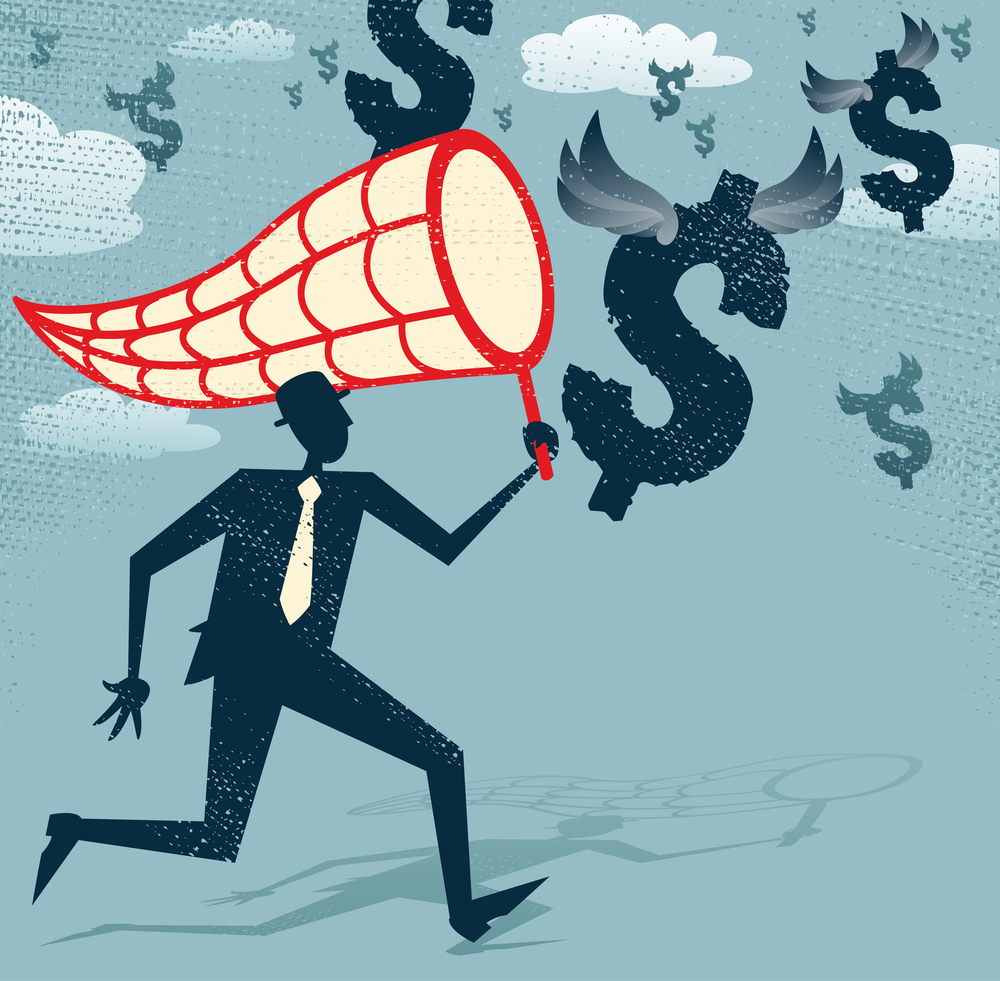 How do you deal with the liquidity problem?

Another challenge users will have to overcome is what to do with the tokens they earn from monetizing their resources. For instance, if you earn Storj tokens from renting your free hard disk space, the only thing you can do with your earnings is, well, rent storage from other users, which doesn’t make sense since you already had an excess of it to begin with.

Some platforms have multi-faceted economies that enable users to use their earned tokens for various purposes. For instance, in Flixxo, a decentralized streaming service, users can earn FLIXX tokens by sharing their free disk space and bandwidth to host content on the network. They can then use their earned tokens to consume videos published on the platform. But that is still a limited use case and might not be the problem they want to solve with their earnings.

Digital currencies and tokens have a liquidity problem. There are very few retailers and online services that accept Bitcoin as a method of payment, and even fewer that accept other cryptocurrencies. Users often must find some online exchange that matches buyers and sellers of various digital and fiat currencies. The process is slow and complicated and involves fees at different levels.

An alternative is Bancor, a decentralized liquidity network built on top of the Ethereum blockchain. Supported by its own token, BNT, Bancor enables users to convert between tokens supported on its network without the need to find a buyer or seller. So, for instance, if you’ve earned an amount of RLC tokens from renting your idle CPU time on iExec, you can instantly trade it on Bancor for, say, MANA, the token that will let you purchase VR experiences on Decentraland.

Bancor already lists several dozen tokens on its network and plans to add more in the future.

“The aim of this mathematic liquidity solution is to allow the long tail of tokens to emerge, by allowing any user-generated currency to be viable on day one without needing to achieve massive trade volume in order to be listed and thus become liquid,” says Galia Benartzi, the co-founder of Bancor. “Great tokens will still rise, bad ones will fail, but all will have a chance to try.”