There’s been a whole lot of talk about initial coin offerings (ICO), company fundraising events based around the sale of cryptocurrencies, but not much in the way of action until yesterday. That’s when web browser maker Brave, founded by former Mozilla CEO Brendan Eich, raised $35 million from its ICO — and it did it in less than 30 seconds, too.

ICOs operate by selling investors cryptocurrency, which can be used to store value in many ways beyond a traditional share. For its sale, Brave created its own coin — The Basic Attention Token, or BAT — and sold one billion of them. That collection of BAT cost 156,250 ETH, which is just over $35 million. A further 500 million BAT is stored for user growth and “BAT development,” according to Brave, which is not planning another token sale in the future.

The ICO is the highest grossing to date, and Brave’s business itself is one of the more interesting to make use the blockchain. Eich, who created JavaScript but left Mozilla in 2014 in controversial circumstances, had raised $7 million from investors including Founders Fund for Brave. He believes the current internet advertising system is inherently broken, and his ambitious proposal uses the blockchain to make things more efficient for all parties, advertisers, publishers and users, too.

Kik, a messaging service popular with young people in North America, recently announced plans for its own ‘Kin’ coin which it will use as a virtual currency to pay for related goods and services, and that’s the same approach Brave has taken. It plans to use BAT the currency for its advertising system, which it claims can reduce ad fraud and increase efficiencies for publishers and advertisers. It is also assessing the potential for micropayments and buying digital goods with BAT in the future.

More immediately, it said it will use the proceeds of this ICO to develop its advertising platform. 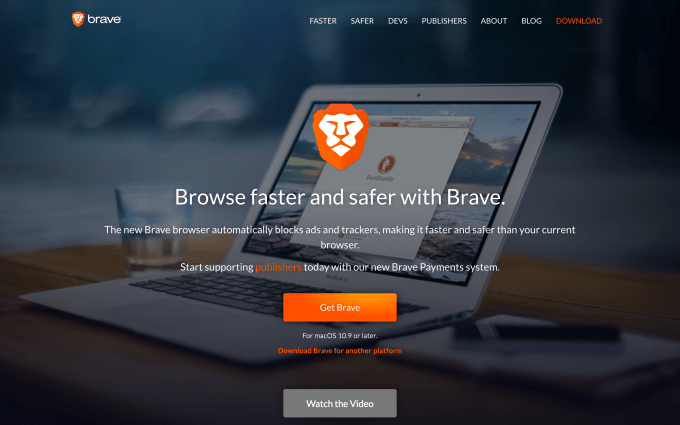 One notable anecdote of the Brave ICO is how the process was dominated by a handful of individuals. Only around 130 people actually bought BAT, Coindesk noted, with one buyer scooping up $4.6 million of them (20,000 ETH worth). All in all, Coindesk reported that five buyers acquired half of the total haul, while the 20 biggest spenders bought two-thirds of the available coins.

That situation runs counter to the thesis that many in Ethereum hold, which is that token sales enable anyone to take ownership of the companies they use or follow. Of course larger, organized investors — including adventurous corporations or early moving VC firms — are a key component when a company sells tens of millions of dollars of coins, but ensuring that there is space for smaller parties is going to be an ever critical challenge as ICOs become more commonplace.

Aside from Kik, which hasn’t given a specific date, Asia-based payment firm Omise is gearing up to raise just under $20 million from a token sale this month as the phenomenon begins to find interest among more established (and venture-backed) tech companies.