As recently as last week, Facebook was touting the growth of Free Basics, its Internet.org project designed to give users free curated web access in developing countries, but the app isn’t working out everywhere. As the Outline originally reported and TechCrunch confirmed, the Free Basics program has ended in Myanmar, perhaps Facebook’s most controversial non-Western market at the moment.

Its mission statement pledging to “bring more people online and help improve their lives” is innocuous enough, but Facebook’s Internet.org strategy is extremely aggressive, optimized for explosive user growth in markets that the company has yet to penetrate. Free Basics, an initiative under Internet.org, is an app that offers users in developing markets a “free” Facebook-centric version of the broader internet.

The app provides users willing to sign up for Facebook with internet access that doesn’t count against their mobile plan — stuff like the weather and local news — but keeps them within a specially tailored version of the platform’s walled garden. The result in some countries with previously low connectivity rates was that the social network became synonymous with the internet itself — and as we’ve seen, that can lead to a whole host of very real problems. 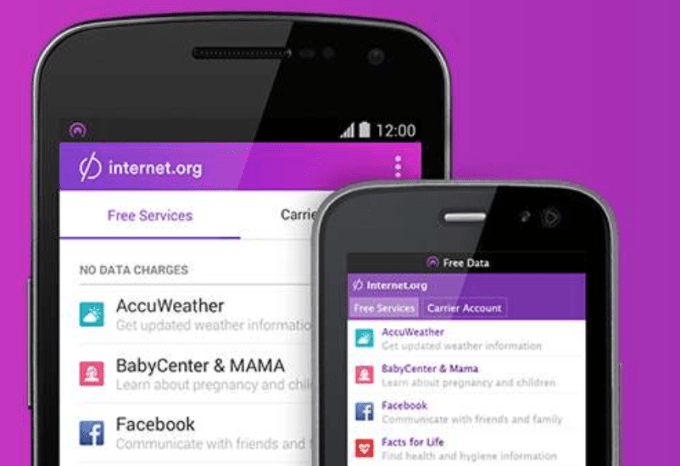 The Outline reports that Free Basics has ended in “half a dozen nations and territories,” including Bolivia, Papua New Guinea, Trinidad and Tobago, Republic of Congo, Anguilla, Saint Lucia and El Salvador. Facebook told TechCrunch that two international mobile providers have exited the program, accounting for the end of Free Basics in those countries.

Free Basics remains live with the vast majority of participating operators who have opted to continue offering the service. We remain committed to bringing more people around the world online by breaking down barriers to connectivity.

Facebook confirmed to TechCrunch that Free Basics did indeed end in Myanmar in September 2017, a little over a year since its June 2016 launch in the country. The company clarified that Myanmar’s state-owned telecom Myanma Posts and Telecommunications (MPT) cooperated with the Myanmar government to shut down access to all free services, including Free Basics in September of last year. The move was part of a broader regulatory effort by the Myanmar government. 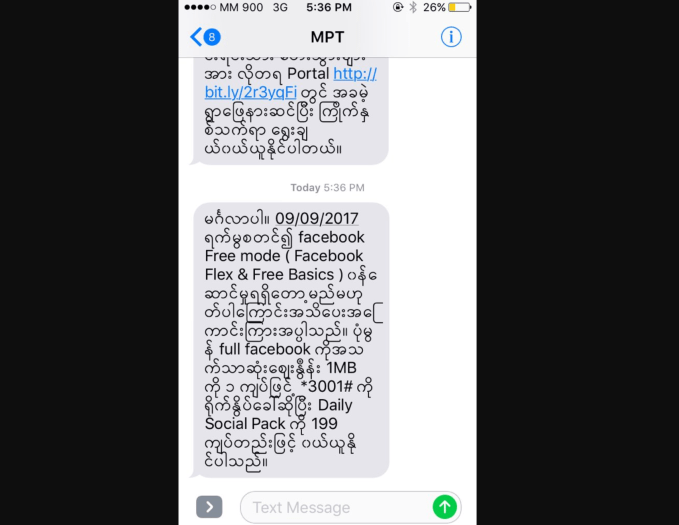 In a press release, MPT described how the regulation shaped policy for the country’s three major telecoms:

… As responsible operators, [MPT, Ooredoo and Telenor] abide by sound price competition practices – hallmarks of a healthy marketplace and to adhere to industry best practices and ethical business guidelines.

This [includes] compliance with the authority imposed floor pricing as set out in the Post and Telecommunications Department’s Pricing and Tariff Regulatory Framework of 28 June 2017, including refraining from behavior such as free distribution or sales of SIM cards and supplying services and handsets at below the cost including delivery.

Elsewhere, Facebook’s Free Basics program is winding down for other reasons. In the case of the telecom Digicel, the company confirmed to TechCrunch that it ended access to Free Basics in El Salvador and some of its Caribbean markets due to commercial reasons on its end and that the decision was not a result of any action by Facebook or Internet.org.

As the Free Basics program is part of a partnership between Facebook and local mobile providers, the latter can terminate access to the app at will. Still, it’s not clear if that was the case in all the countries in which the app is no longer available.

In 2016, India regulated Facebook’s free internet deal out of existence, effectively blocking Facebook’s access to its most sought-after new market in the process. Since then, vocal critics have called Facebook’s Internet.org efforts everything from digital colonialism to a spark in the tinderbox for countries dealing with targeted violence against religious minorities.

Still, according to Facebook, even as some markets dry up, the program is quietly expanding. In late 2017 Facebook added Sudan and Cote d’Ivoire to its Free Basics roster. This year, Facebook launched the initiative in Cameroon and added additional mobile partners in Columbia and Peru.

Myanmar’s access to Free Basics is now restricted, but Facebook indicated that its efforts to connect the country — and its 54 million newly minted or yet to be converted Facebook users — are not over.