Backblaze made its name as a cloud-based storage backup provider (and using lots of hard drives in the process) for individuals and businesses. With B2, however, the company also launched a file-centric cloud storage service for developers in 2015 that aims to challenge similar offerings from AWS and Azure on price.

Because Backblaze doesn’t offer any other cloud computing services, that was always a bit of a hard sell, as developers had to work with multiple vendors to write their apps and pay for the data transfer between B2 and their compute providers. But Backblaze is sweetening the deal today with a partnership with Packet and ServerCentral that will allow for free data transfer. 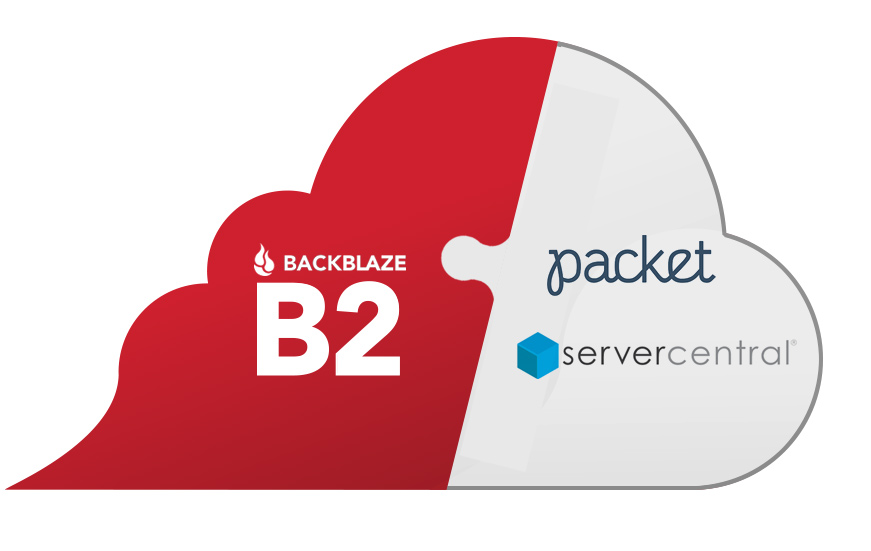 This matchup makes a lot of sense for the three independent cloud providers involved. Packet is mostly known for its bare-metal server offerings, while ServerCentral focuses on helping businesses manage their IT infrastructure. Packet offers a block storage service, too, but the use case for that is somewhat different from Backblaze’s storage service.

“With over a decade of building the lowest-cost cloud storage, we’re proud to be able to profitably offer customers storage at one-fourth of the price of S3,” noted Gleb Budman, CEO of Backblaze. “Our partnerships with Packet and ServerCentral now enable us to jointly support a variety of new uses and customers. Both providers offer world class compute offerings. And, by charging $0.00 for transfers between Backblaze and our Compute Partners, customers choose what’s best for their particular workload.”

“Many cloud users realize too late that traditional vendor pricing schemes are meant to lock in customer data. In our industry, it’s known as data gravity and Dropbox just saved $74 million by avoiding it with their move off of AWS,” said Jacob Smith, co-founder of Packet. “The question we had was ‘how can we democratize that Dropbox effect?’ The answer was clear – directly connecting with Backblaze’s B2 Cloud Storage offering.”