Backblaze is best known for its consumer and enterprise backup service — and how many hard drives it buys to power that service. Today, however, the company is taking a step in a slightly different direction by announcing the private beta of Backblaze B2, a competitively priced cloud storage service that competes with the likes of Amazon S3 and the cloud storage services that are part of Microsoft Azure and Google’s Cloud Platform. 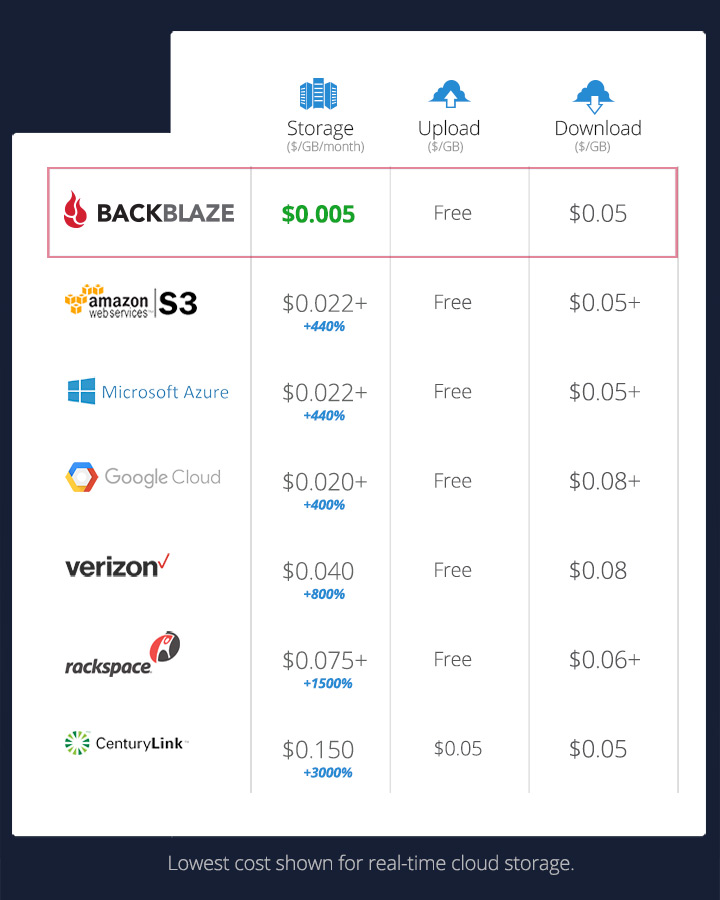 The company, which launched in 2007 and is now profitable, currently stores about 150 petabytes worth of backup data and over 10 billion files on its servers. As the company’s co-founder and CEO Gleb Budman told me, Backblaze decided to build its own storage pods and software early on, simply because buying existing servers was too expensive for the bootstrapped company.

“Over the course of the last years, we spent 90 percent of our time and energy on building out the cloud storage and only 10 percent on the front end,” he told me. Because the company now has a very stable backend system, many of its users asked about getting direct access to not just use it for backup but also to store data through an S3-like API.

Budman tells me Backblaze’s engineers spent about a year working on the software. Early on in the company’s history, it would’ve been impossible for Backblaze to launch a completely new business line because the company only had a few people at the time and was struggling to keep up with growth. Now, however, the team decided that it could launch a B2B product that can compete with the incumbents on both price and availability. 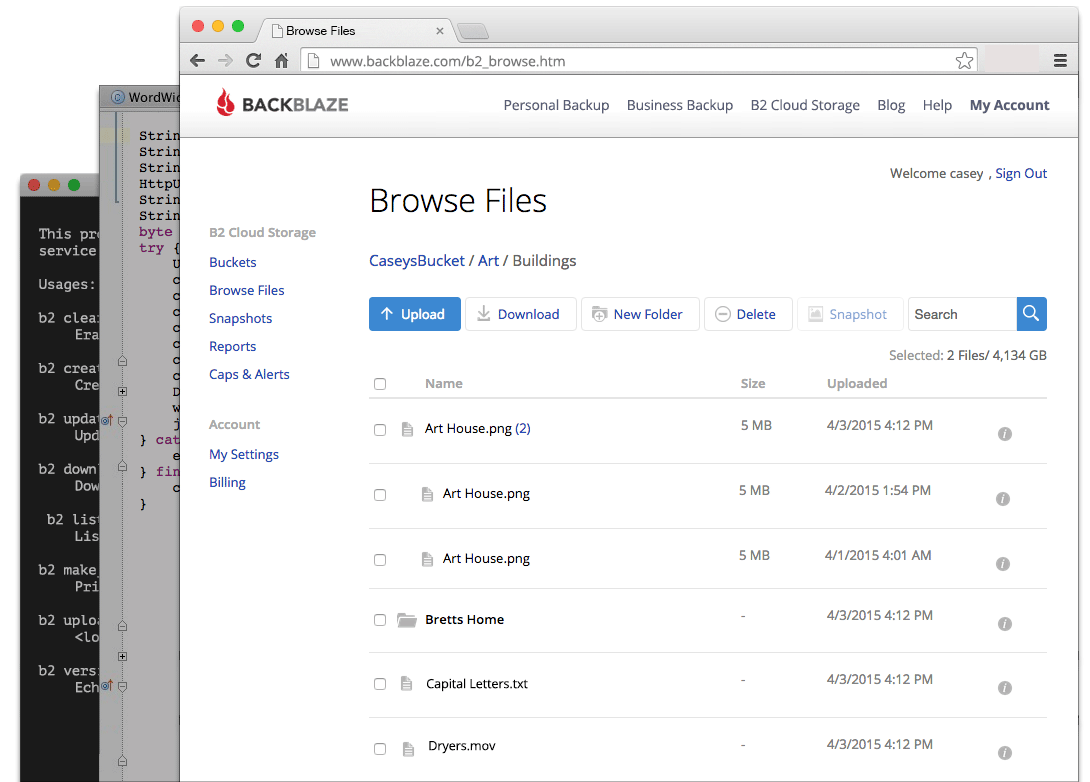 The price of Backblaze’s service is half the price of Amazon Glacier, AWS’s very slow cold storage service, and only costs about a fourth of Amazon’s regular S3 service. Budman acknowledges that the main reason to switch to Backblaze for a developer is price. “There are some use cases that simply don’t exist right now because storage is still expensive,” he noted. Maybe you want to store your data in a number of different locations and services, but if you did that on AWS, you would spend twice as much as you do today. Given Backblaze’s low prices, you could now store an extra copy of your data for about 15 percent of the price you’d pay on Amazon’s cloud storage service.

The company expects that users will use Backblaze B2 to store images, videos and other documents, but Budman also believes some users will use it to store large research data sets, for example.

Backblaze B2 will offer a free tier (up to 10GB storage, 1GB/day of outbound traffic and unlimited inbound bandwidth). Developers will be able to access it through an API and command-line interface, but the service will also offer a web interface for less technical users.

The service is now in private beta that you can sign up for here. The company expects to open the service up to the public by the end of the year.