Onavo, the data-security app maker Facebook acquired in 2013 in order gain insights into mobile user activity across apps, has quietly launched a new app aimed at Android users called Bolt App Lock. Instead of offering a VPN, Bolt App Lock is a tool that lets you lock down any app you don’t want others to be able to open, using a PIN code, pattern, or your fingerprint.

Apps that help users lock other apps is a popular category on Android, where you can today find dozens of similar solutions – though largely from unknown companies save for a few, like Keepsafe or Norton, for example. Like the others in this space, the Bolt app lets you lock down other apps that contain personal information, such as private photos or payment details. 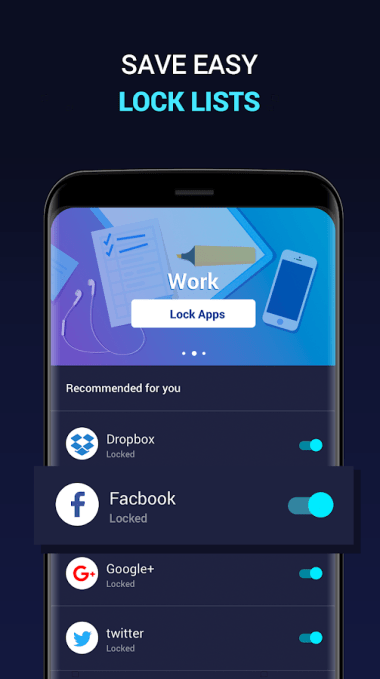 With the resources of Facebook behind it, Onavo appears to have built a more polished, modern alternative to the existing apps.

But Onavo – and Facebook’s – primary interest isn’t on personal security. It’s about finding a way on users’ phones in order to monitor mobile activity and learn what new apps could be taking attention away from Facebook’s social network.

This is disclosed at the bottom of the app’s listing on Google Play, which explains that, as a Facebook company, Onavo will “collect info about your mobile device and the apps installed on it” and share that with Facebook.

Data on mobile app usage has helped Facebook better compete with rivals like Snapchat – like when it saw how Instagram’s launch of a Stories-like feature was working to slow down Snapchat’s user growth, for instance. It also likely helped to inform Facebook’s newer acquisition of the buzzy teen compliment app tbh, which soon led to a new Facebook Q&A feature, inspired by tbh.

To attract users to its Onavo VPN, Facebook recently began advertising the app directly within Facebook’s main navigation on iOS, under the menu item “Protect.” When clicked, the link would take you to the download page for Onavo Protect on the App Store. The company has also featured a similar “Protect” link in its Facebook app for Android in the past. (We’re not currently seeing the option on Android, but your mileage may vary as Facebook’s apps are continually being tweaked and updated.)

But in order to gain these sorts of insights, Facebook needs a user base willing to install Onavo’s app. That may be more difficult to achieve these days, though.

After TechCrunch broke the news of Onavo’s appearance on iOS, a number of outlets directly warned users not to install the app. (See, for example: Gizmodo’s “Do Not, I Repeat, Do Not Download Onavo, Facebook’s Vampiric VPN Service” or Wired’s “Don’t trust the VPN Facebook wants you to use.”)

Until the backlash over Onavo Protect dies down, a new app like Bolt App Lock could give Facebook a different means of expanding Onavo’s user base, and therefore, Facebook’s access to mobile user data.

Bolt App Lock launched on March 5, 2018, according to data from Sensor Tower. It’s not yet showing on the Onavo homepage as one of the company’s products. The app is a free download on Google Play.

The app also hasn’t made an appearance in Facebook’s app, the way Onavo Protect did – at least not as of yet. We asked Facebook if that’s the eventual plan, but haven’t heard back.

Update, 3/9/2018 4 PM ET: A Facebook spokesperson says this was a “small, brief test.” It then removed the app from Google Play.