Facebook, the social network giant with over 2 billion monthly users, has made a big effort to expand its business by doubling down on one of the big bottlenecks in the world of data: expensive and bad connectivity. And today at Mobile World Congress in Barcelona, the company unveiled a slate of updates about the many initiatives that it has helped spearhead to do that by way of projects like Terragraph and the Telecom Infra Project (TIP), which now has 500 members. 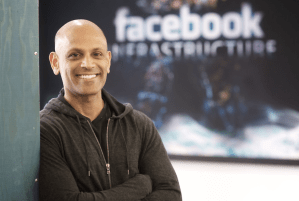 Among them, Facebook is running millimeter wave-based Terragraph field trials in Hungary with Deutsche Telekom and in Kuala Lumpur with Telenor; and a trial for 60 GHz Terragraph points with Nokia. Parikh described the Terragraph trials are its first examples of these services getting applied in more developed markets.

Alongside that, Facebook has announced a new reference design with Intel and Radwin for Terragraph-certified 60 GHz solutions based on the Intel architecture. And it is also working on trials of OpenCellular — an open source wireless access platform Facebook first announced two years ago — with Vodacom in Africa and Telenor in Pakistan.

And Facebook is also delving into new kinds of business models for rolling out networks, specifically in Peru where local carriers are collaborating with local businesses and community organizations.

The initiatives paint an interesting picture of how Facebook continues to position itself as a partner to carriers to push along new kinds of operating and business models, and improve connectivity by encouraging them to collaborate more — an essential component as networks become more commoditized, but a challenge for carriers, which have always viewed network assets as their crown jewels.

Facebook has never disclosed how much it invests in these infrastructure activities, and in an interview today in Barcelona, Parikh insisted that monetizing these activities over time, or working on other ways of bring a return-on-investment back to Facebook itself, is not the aim. Helping to connect the world and doing that by helping carriers by building on its own data center learnings is.

Indeed, he argued that Facebook has actually taken “a very big step back” since it launched the project as a founding member with four carriers. “You’ll see that we are one of many people on the board and most of it’s kind of operator-driven and led and there’s now 500 companies in TIP and it’s not just the couple of dozen or so that started two years ago. We’ll continue to play a role where we can — where we can bring our scale expertise, our philosophy around being open and open source software and hardware.”

It stands in contrast to Facebook’s developments in emerging markets and specifically Internet.org’s Free Basics — unmetered access to Facebook and a few select sites, in collaboration with carriers — whose clear end was to gain more Facebook users and usage.

In Parikh’s view, there are others who are better suited to the task of monetizing, vendors that already provide solutions and are now building them on top of the open-source work that Facebook has done.

Facebook funded all of the Terragraph research but now the trials are being handled by the operators, Parikh noted. And now, Nokia and others are doing their own R&D “because they see the value,” he said. “Each collaboration has a different prioritization around it.”

Parikh acknowledged that this open source approach still doesn’t always come natural to carriers, but at this point, carriers don’t necessarily have an option. “It’s really, really cool now and impressive that within two years, you have major operators in Europe who are saying: we have to work together in the open,” he said. “Otherwise the innovation isn’t going to happen.”

With the advent of 5G technologies, consumers (and millions of devices) may soon get access to faster connections with more bandwidth, but this also means that the carriers’ backhaul networks will have to adapt and with that, the TIP. “With 5G there is potentially a lot more bandwidth available to users. But guess what, the backhaul also has to be a lot more,” said Parikh. “Now, if each carrier has to go and invest a lot more into backhaul to support the 5G edge, then does that make this kind of thing more expensive to build and to operate — and different operating models need to emerge to operate this kind of backhaul.”