Facebook Stories might feel redundant because 300 million people use its other Snapchat clones on Instagram and WhatsApp. But Facebook is convinced that the narrative, ephemeral, camera-first format is the future of sharing… and advertising.

So despite criticism and a slow start for traction, Facebook is doubling down on Stories by testing the ability to create them from desktop, and a much more prominent placement for viewing Stories atop the News Feed instead of in the sidebar.

“We are always working to ensure people can easily navigate and enjoy Facebook, regardless of how they connect,” a Facebook spokesperson tells me. “We are testing the option to create and share Stories from Facebook on desktop and are also testing moving the Stories tray from the top right corner to above News Feed, just like on mobile.” Previously you could only consume Stories on web that had to be created on mobile. For now, a small percentage of users will see this new posting ability and design.

All aboard the Stories train

Brands, Event promoters, and Group admins who manage their Facebook presence from desktop might embrace Stories more now that they can post from there, too. Collaborative Stories, where Group members and Event attendees can all contribute, are one of the most exciting opportunities for Facebook Stories. 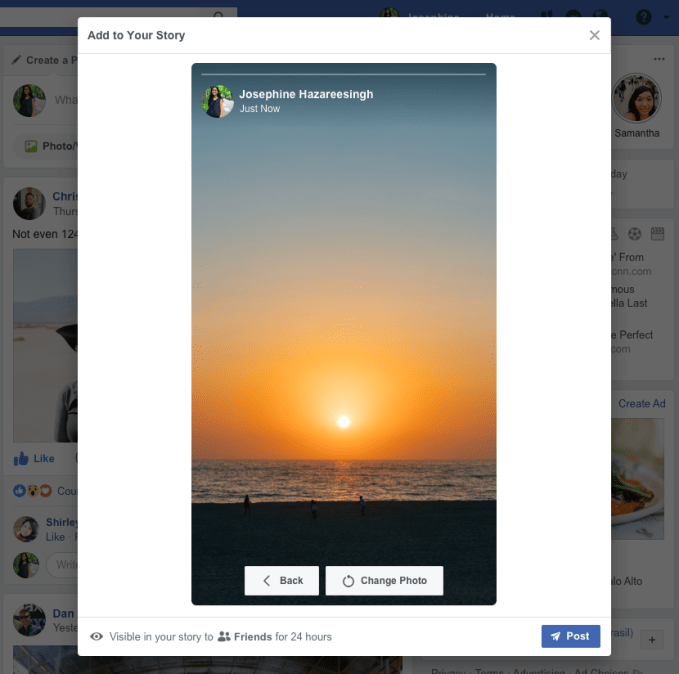 But the company has to be careful that brands don’t drown out friends’ Stories, but that’s one of the advantages of algorithmically filtering the slideshows that disappear in 24 hours. Expect Facebook not to make the same mistake it made allowing professional publishers to overwhelm the News Feed, which it’s now walking back in a massive change to its content ranking strategy.

Advertisers might also be more comfortable getting aboard Stories thanks to desktop access. Digiday reports Facebook is building an augmented reality team in London to help it pitch sponsored AR filters to advertisers, similar to how Snapchat monetizes beyond injecting traditional display ads between Stories as Facebook does on Instagram.

Facebook users will be able to upload photos or videos, or shoot them with their webcam to post from desktop. That could attract the monologue-style YouTube vloggers who have trained themselves to talk into their computer.

By showing Stories above the News Feed instead of to the side, Facebook clearly thinks the content deserves more attention, and is even willing to push down its status update composer and News Feed posts to make room. That’s a bold shift, considering Facebook hesitated until August to show Stories on desktop after their January launch and March rollout on mobile. 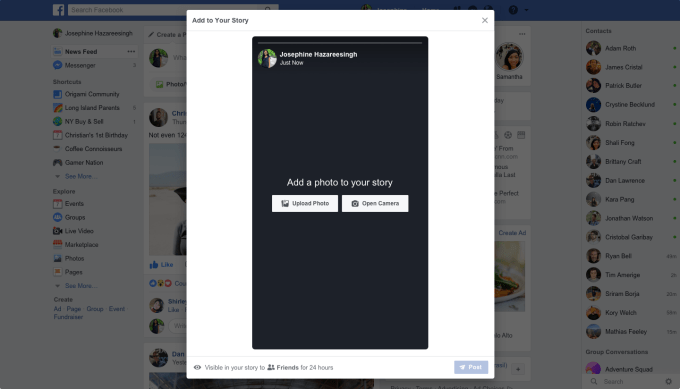 CEO Mark Zuckerberg has said that while eyeglass computers might be the future of augmented reality, Facebook won’t wait for it, and the smartphone is already a capable AR device. But for Facebook to have a functioning AR strategy — whether for keeping people coming back to play with AR face masks, watch friends jazz up their lives or giving advertisers creative tools — it has to get people watching Stories en masse. 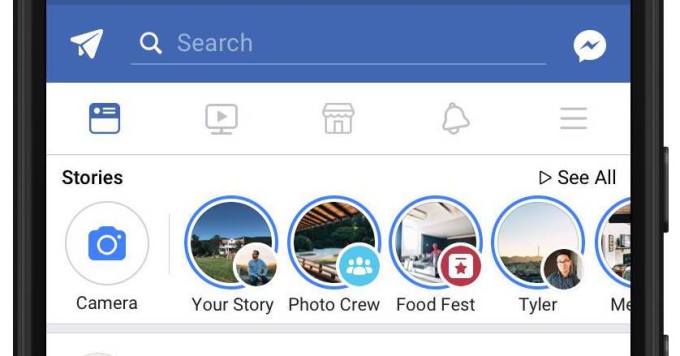 That’s why it started syncing Facebook Stories across Facebook and Messenger so posts on one show up in both. It’s why it’s allowing people to syndicate their Instagram Stories to Facebook Stories. It’s why it’s recruiting an army of outside developers to build AR tools for Story-tellers. And it’s why Facebook’s desktop site is now fully adopting Stories.

Whether users warm up to them is another question. Facebook’s social graph has bloated to include distant acquaintances and family you might not want to be able to see a raw view into your day-to-day adventures. That’s the advantage of Snapchat’s closer-friends network, and something Facebook may need a better privacy solution for to get people to share. 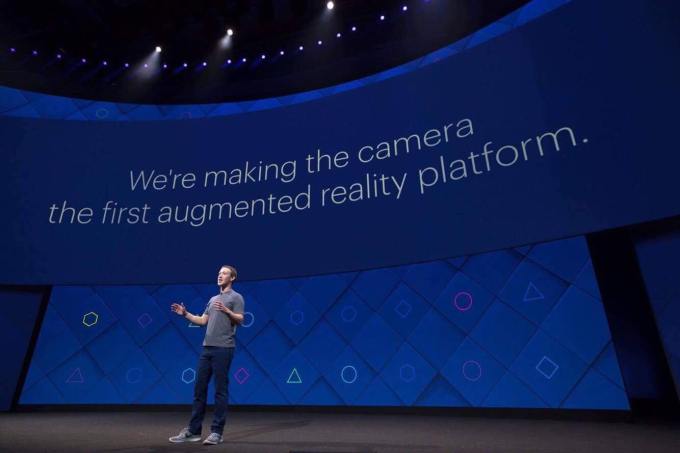 But remember that people protested the News Feed when it first arrived on Facebook. And the younger generation that’s addicted to Snapchat shows how users can pour a half hour a day into sending, posting and watching camera-based content. If that’s any portent, Facebook might just be early to delivering mainstream users the shift from text to Stories. And if you give people a prominent space to show off for friends, vanity and narcissism may eventually compel them to fill that space with snippets of their lives.