Facebook is making a huge change to its News Feed algorithm to prioritize friends and posts that spark comments between them at the expense of public content, news outlets and, importantly, the total time spent and ads you see on the social network.

CEO Mark Zuckerberg wrote on Facebook today, “I’m changing the goal I give our product teams from focusing on helping you find relevant content to helping you have more meaningful social interactions.” VP of News Feed Adam Mosseri tells TechCrunch, “I expect that the amount of distribution for publishers will go down because a lot of publisher content is just passively consumed and not talked about. Overall time on Facebook will decrease, but we think this is the right thing to do.”

The winners in this change will be users and their sense of community, as they should find Facebook more rewarding and less of a black hole of wasted time viewing mindless video clips and guilty-pleasure articles. And long-term, it should preserve Facebook’s business and ensure it still has a platform to provide referral traffic for news publishers and marketers, albeit less than before.

The biggest losers will be publishers who’ve shifted resources to invest in eye-catching pre-recorded social videos, because, Mosseri says, “video is such a passive experience.” He admits that he expects publishers to react with “a certain amount of scrutiny and anxiety,” but didn’t have many concrete answers about how publishers should scramble to react beyond “experimenting … and seeing … what content gets more comments, more likes, more reshares.”

This video from Facebook examines the upcoming changes, rolling out over “the next few months”:

As TechCrunch detailed in our deep dive on well-being last month called “The difference between good and bad Facebooking,” research increasingly shows that isolated feed scrolling can be harmful to people’s health, while private chatting with friends and back-and-forth discussion of content can boost positive sentiments. On Facebook’s Q3 earnings call, Zuckerberg said that “Protecting our community is more important than maximizing our profits,” and today wrote that “We feel a responsibility to make sure our services aren’t just fun to use, but also good for people’s well-being.”

In a blog post detailing the algorithm change, Mosseri writes Facebook will prioritize “posts that inspire back-and-forth discussion in the comments and posts that you might want to share and react to . . Because space in News Feed is limited, showing more posts from friends and family and updates that spark conversation means we’ll show less public content, including videos and other posts from publishers or businesses.”

In our conversation, he cited Oprah’s recent Golden Globes speech as content that would fare better in the revamped feed. Live videos generating discussion, star social media creators, celebrities, Groups posts, local business events and trusted news sources are other types of content that should get a boost. 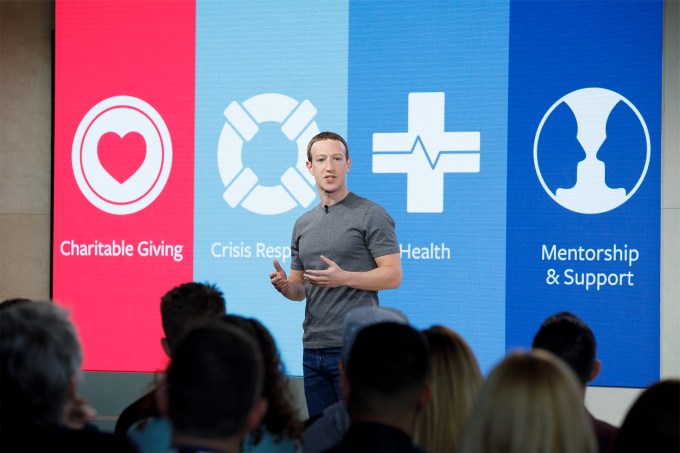 On the other hand, “Pages may see their reach, video watch time and referral traffic decrease.” He tells me that Facebook needs to “react to the way the world has changed around us, especially the explosion in video.”

Publishers will be forced to change strategies, and potentially lay off video staffers and those who produce quick-hit, low-quality content.

Do we need more friends or news?

The biggest point of contention about this change is likely that some media pundits and users will argue that seeing more news, even if it generates fewer comments than friends’ photos or celebrity ephemera, is what will actually bring the world closer together. Filter bubbles could potentially be strengthened by showing more posts to friends, further polarizing a politically divided world.

Zuckerberg’s counter-argument also aligns with Facebook doubling down on what only its service, and not Twitter or news websites, can offer. “Video and other public content have exploded on Facebook in the past couple of years,” Zuckerberg writes. “Since there’s more public content than posts from your friends and family, the balance of what’s in News Feed has shifted away from the most important thing Facebook can do — help us connect with each other.”

Facebook’s hope is surely that the most important news still makes it into the feed because your friends actively discuss it, though that may be giving people too much credit. Plenty of users would rather gab about their social lives than net neutrality or the tax plan.

Over time, Facebook’s algorithm change may be necessary to promote social cohesion and make the internet less exploitative and more meaningful. The specifics of how it moves in this direction may injure publishers who’ve built up businesses overly reliant on Facebook. But it’s rare to see a public company announce it will immediately weaken its own business to give its customers a healthier lifestyle.

You can read Zuckerberg’s post in its entirety below: