WeWork charged into Asia two years ago but it finally moved into Southeast Asia in the second half of 2017 through the acquisition of SpaceMob and the opening of its first space in Singapore — which became number 200 worldwide. Now, the company is relying on a formula with two key focuses to further its push and conquer the co-working space in this emerging region.

Consumer spending online in Southeast Asia is tipped to quadruple by 2025 and a glut of Chinese companies are already flocking to the region to seize the opportunity to get in early with an audience of over 600 million consumers who are coming online rapidly — the region now has more internet users than the U.S. has people, according to a report co-authored by Google. All of this spells opportunity for WeWork which it is ready to tap into after laying roots in more lucrative markets such as China, Korea, Japan and India.

To expand in and beyond Singapore, and compete with the many rivals in/entering Southeast Asia, the $20 billion-valued U.S. firm is focusing on a classic playbook: taking a local approach and operating its business with flexibility.

“There’s conviction around what we can do as long as we are learning locally and hiring locally, working out what works from our global opportunity and how we can localize, then you’ll see us go deeper and into more places,” Christian Lee, managing director of WeWork Asia, told TechCrunch in a recent interview. 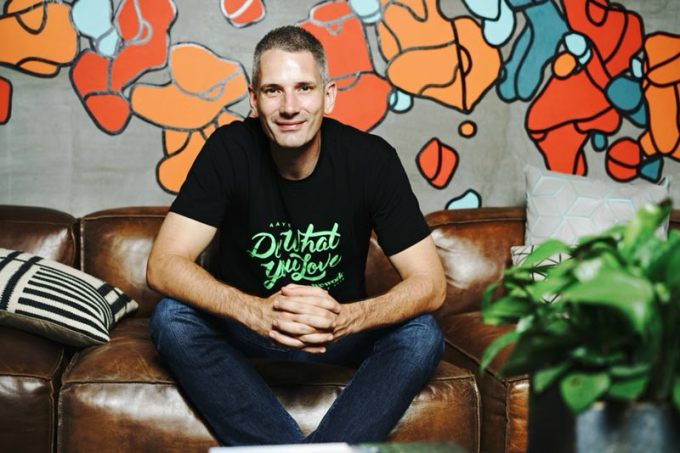 There are general parallels with the kind of approach that Uber, Airbnb and most other U.S. tech giants have adopted across Asia and other global markets broadly, but in WeWork’s case, the firm is particularly bullish on the potential of its Powered By We service. That’s the part which provides flexibility to its business model.

Less talked about than WeWork’s vast outlays to purchase prime real estate — such as the acquisition of Lord & Taylor’s flagship store in New York for $850 million — Powered By We is akin to ‘office-space-as-a-service.’ That’s to say that the firm works with building owners or managers to bring a ‘WeWork approach’ to their space in terms of design, functionality and community.

“Often [building owners] don’t know how to activate the inside of the building,” Lee explained. “You walk in and there’s no warmth or soul.”

Powered By We is the firm’s answer to providing that spark, or “activation” as Lee put it.

Cute descriptions aside, the service provides a real opportunity for WeWork to expand its business and revenues in cities where the optimal real estate it would usually select may be difficult to acquire or limited in numbers. Southeast Asia’s megacities like Jakarta, Manila, Bangkok and beyond certainly spring to mind.

WeWork has already spoken of the potential for Powered By We to grow its business worldwide, but Lee said it will be “one of the big growth drivers” for his region.

“Landlords in Asia are coming to us and asking for help or a cultural upgrade. It’s one of the biggest opportunities in Asia — we take everything we learned as a package and bring it into a landlord building or company building,” Lee added. 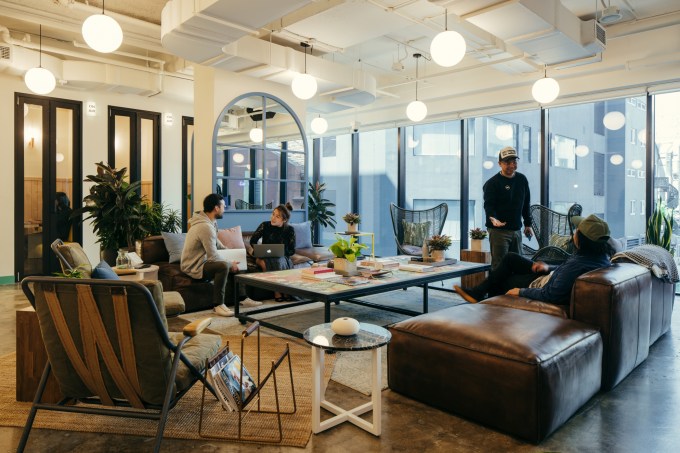 A common area at WeWork Beach Centre in Singapore

The general tactics are clear but WeWork is being less forthcoming about how it plans to execute its market expansion plan. Lee said his team, which includes personnel dedicated to retail estate in Southeast Asia, is “spending time across the region meeting the right partners and buildings.”

He did admit that the firm is poised to move in Indonesia, Southeast Asia’s largest economy and the world’s fourth most populous country, where it has a local entity and a team. In addition, SpaceMob — the startup it now owns — has a location in the country and is in the process of expanding to Vietnam.

Aside from pumping $500 million into its Southeast Asia operations when it acquired SpaceMob, WeWork is also hiring like crazy in the region. It’s job board lists no fewer than 38 open positions at its Singapore office, a figure that is only topped by its recruitment efforts in the U.S. and the UK.

For all the tactics, WeWork isn’t the only player in Southeast Asia. Beyond plenty of local players that have sprung up with local brands of their own and more affordable packages, other rivals will be well-known to Lee, who oversees the Asian region from WeWork’s Shanghai office.

Chinese rival Naked Hub moved into Singapore via an acquisition last summer while UrWork, another Middle Kingdom competitor that’s worth more than $1 billion, dipped a toe into Indonesia after it backed local startup ReWork as part of a $3 million funding round.

“I don’t spend a lot of time thinking about what they are doing,” Lee told TechCrunch candidly. “When you look at the global platform we have, there’s something different about walking into a WeWork space. My main focus is how do we better localize, what are the unique things I’m offering value to and how can I better bring Powered By We to the market.”

To make that happen and be truly present in the region, Lee and his team are scouring the region for opportunities with a number of different approaches, including partnerships, investment and acquisitions, all in the realm of possible.

“There’s a range of different approaches that we’ve taken globally, all of those are on the table,” he said. “We need different landlords, investors and partners so it’s a question of what is the best way to enter each country.”