UrWork, the unicorn that is competing with WeWork in China, is following its American rival’s lead by extending its reach in Southeast Asia after it took part in a $3 million funding round for Indonesia-based ReWork.

The round, which is described as pre-Series A, was led by China-U.S. firm ATM Capital and Indonesia’s Convergence Ventures. UrWork was a participant alongside U.S. firm Social Capital (which is increasingly active at Indonesia), Fortune Union Investments, ACE Capital and other undisclosed backers.

UrWork is valued at $1.5 billion following recent financing. It has 88 locations in 22 cities in its native China, but it is planning an aggressive overseas expansion into 32 cities worldwide over the next three years. That’s just as WeWork doubles down on China, where it recently launched a local business that is aimed at rapidly growing the eight spaces it currently operates across the Greater China region.

Just as we have witnessed Chinese tech firms moving rapidly into Southeast Asia to grab a slice of the fast-growing startup ecosystem, so the co-working unicorns have taken aim at the region, and Indonesia — its largest economy — in particular.

WeWork expanded into Southeast Asia via the acquisition of Singapore-based SpaceMob, and it has set aside a budget of $500 million to grow in Southeast Asia, which houses over 600 million people.

Already, UrWork has a location in Southeast Asia via Singapore in addition to a presence in the U.S., but now it is looking to expand into Indonesia, the world’s fourth most populous country, through this deal.

“Southeast Asia’s economy and technology market are extremely promising with huge growth potential for both local ventures and for China based businesses. We see it as a very strategic destination and are working with Rework to further open up the market and support local and overseas companies grow through the development of collaborative work spaces,” Mao Da Qing, who is CEO and founder URWork, told TechCrunch in a statement.

ReWork founder and CEO Vanessa Hendriadi told TechCrunch that UrWork’s strategic investment will give leverage for future alliances with clients and retail estate partners. While of course UrWork will help with its experience and know-how.

“UrWork was very impressed with the ecosystem, the companies they met and the country in general” after first visiting Indonesia last year, Hendriadi said in an interview. “The deal is very timely, they’d just finished their funding round, became a unicorn, opened up in Singapore and are keen to expand in Southeast Asia.”

Unlike WeWork-Spacemob, there’s been no talk of an outright buy-out of ReWork, according to Hendriadi.

“Right now, the partnership goes around exchange of resources,” she explained, adding that the two companies’ technologies and apps will be integrated in the near future. “We can be the landing platform for Chinese companies wanting to come to Indonesia and be plugged into the ecosystem.” 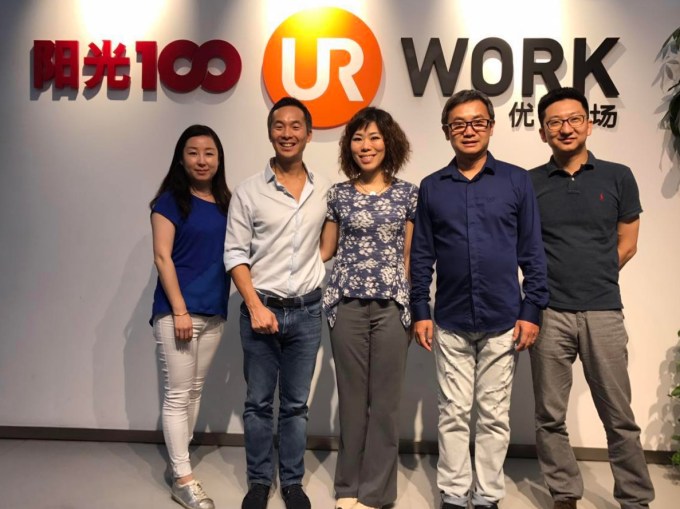 ReWork currently operates two locations in Indonesian capital Jakarta, a city with over 10 million inhabitants that’s known as a global social media hotspot. The startup is planning to add another four locations in Jakarta over the next six months, before moving to other major urban areas, including Bali and Bandung. There’s no immediate plan for regional expansion, but the it is looking at possible moves into the Philippines and Malaysia next year.

Business-model wise, ReWork typically works with property owners on a revenue-share basis, but, as it eyes more rapid expansion, it is in talks with larger real estate companies over joint ventures that could add multiple spaces to its presence in one go, Hendriadi said.

It’s also taken an interesting twist on expanding via a tie-up with commercial property group Ismaya. That deal will see small ReWork outposts opened alongside Ismaya locations, which include shopping malls and office buildings, to give members more flexibility with work options and help reach new demographics.

Echoing others in the co-working industry in Asia, including aggregator FlySpaces, Hendriadi said the main meat of the business is in established companies and corporates, rather than digital nomads or small teams — although they are also catered to. She believes the current system is seriously lacking, and that’s the gap ReWork aims to plug.

“Traditional serviced offices are very soul-less with very small shared facilities,” the ReWork CEO said. “All you want to do is go to your office and close the door, but sometimes it doesn’t even have windows!” 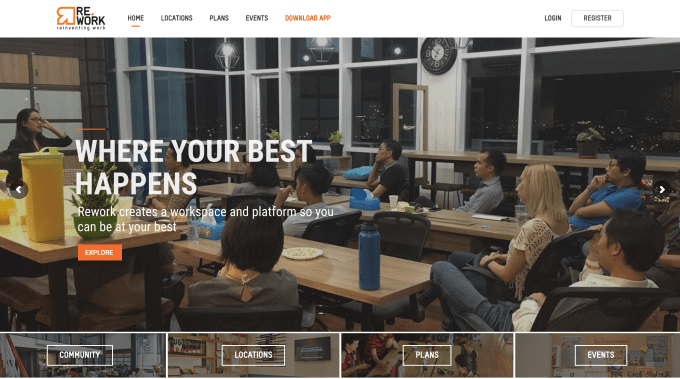 It’s going to get interesting when WeWork moves into Indonesia via SpaceMob, which is working on entering the country, while Naked, another massive competitor to WeWork from China, is also casting glances at Southeast Asia.

For now, ReWork — and UrWork — have the advantage, and investors seem impressed.

“Vanessa has grown Rework’s members and revenues quickly with healthy margins great retention, all while maintaining strong capital discipline. We’re excited to support her on this next stage of rapid expansion and growth,” Social Capital’s Ashley Carroll said in a statement.