Starting at 10 a.m. PT on Tuesday, an AI-powered robot the size of a computer mouse will star in a live event that’s part reality show, part interactive puzzle and all an homage to the internet’s premier repository of dank memes.

As you might have gleaned, this dollhouse-scale interconnected journey through escape rooms is difficult to describe. It features crowdsourced gameplay, like Twitch Plays Pokemon, but with IRL puzzles. It’s whimsical, sudden and Reddit-specific, but it doesn’t completely evade description or provoke existential despair like The Button. There’s a strong case that it’s just an incredibly intricate device demo strewn liberally with meme-filled easter eggs. All told, it’s strange, self-referential and kind of exactly what you’d expect from the team that crafted an operational rare soylent marketplace on the dark web. 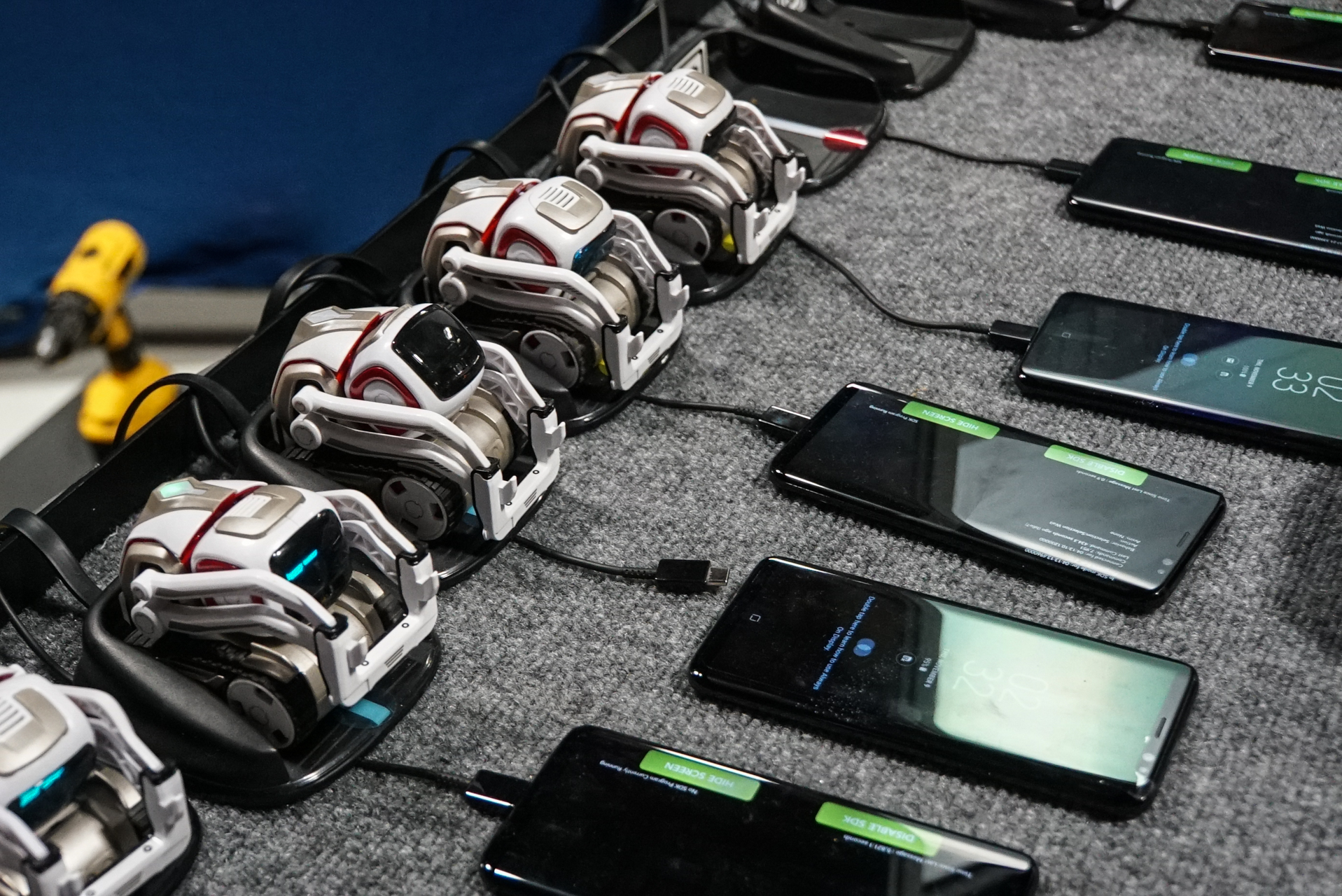 An army of Cozmos readies for Reddit in a Portland warehouse

To show off Cozmo’s skills — and the little bot has many — Anki’s collaboration will attempt to woo the Reddit community with an IRL recreation, in miniature, of seven specific subreddits. The Cozmo unit will have to navigate and solve these actual physical spaces, escape room-style, on a live broadcast, guided by the greater Reddit hivemind.

If you’ve never interacted with Cozmo, the robot operates via a Wi-Fi tether to an app and boasts a pretty impressive range of sensors, actions and animations that allow it to interact with and map the environment.

Cozmo can pick up blocks, scan and learn faces, flip itself right side up, pout and bark like a dog, to name a few. Because the star of the show is just a few inches long, the sets Cozmo will navigate are mostly the size of a dining room table. Cozmo is hard not to love and even harder to not anthropomorphize — even for a reporter with a healthy fear of the singularity.

Prior to launch, TechCrunch toured the elaborate mini-set on which Tuesday’s events would play out in an industrial corner of northwest Portland. We also spoke to many people involved in the honestly pretty weird undertaking about how the whole thing came to be and the 8,784 ways it can and probably will go totally off the rails.

Over the course of the event’s six hours on-air, Redditors will be able to explore: 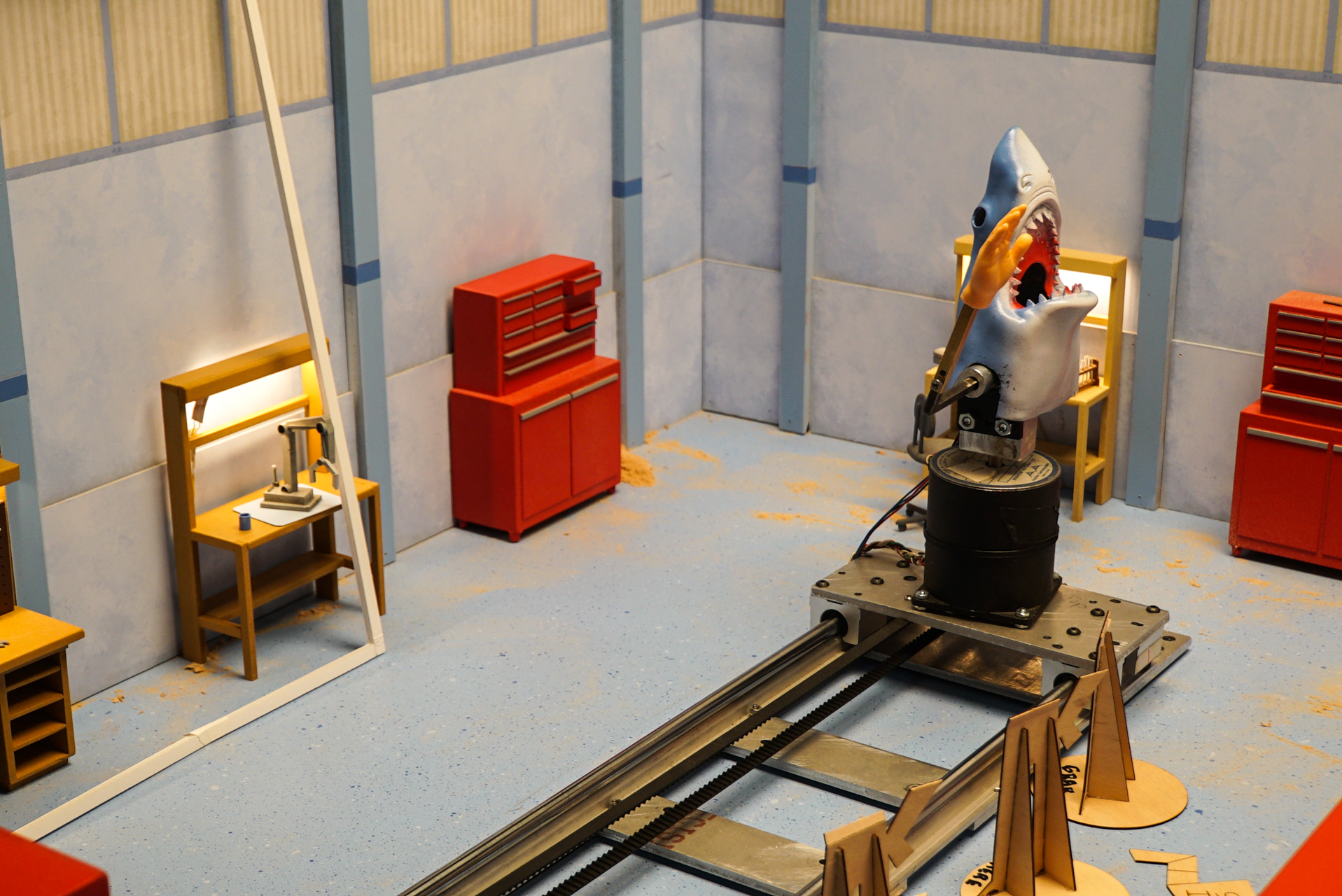 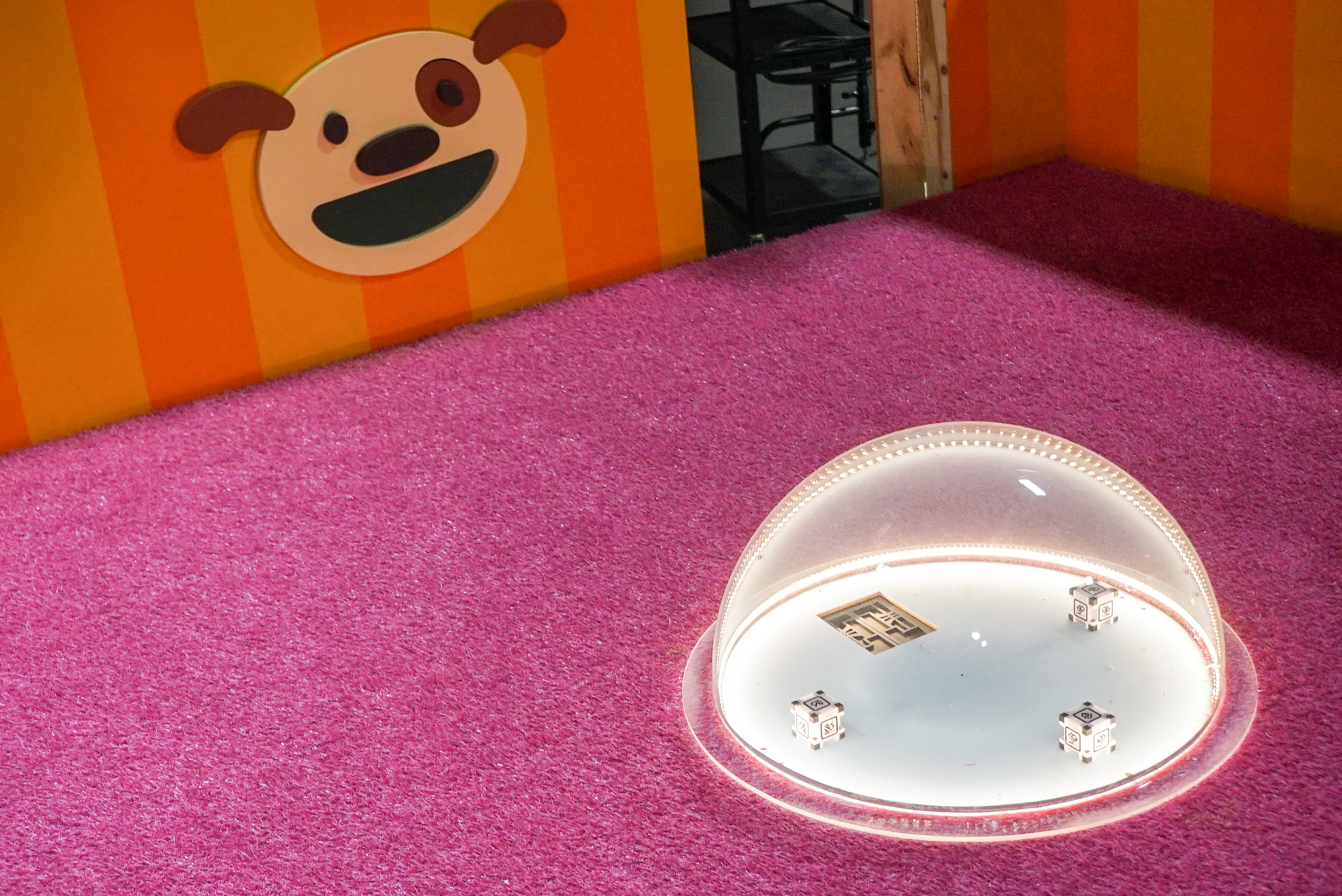 These rooms are split into two types: experience rooms where players grind XP and challenge rooms where they need to spend that XP. Breadcrumbs lead to and from the rooms, some of which players will revisit, but there’s a ton of variability when it comes to the room order and what happens within rooms. According to the creators, the game does indeed feature a win state in which whoever is playing along at home frees Cozmo and a lose state in which they fail to do so.

From set designers to on-air talent to the camera crew and Cozmo’s keyboard-wearing puppeteers, 85 people will come together on set to make the weird dream in miniature a reality. And yes, of course they brought in esports announcers to narrate the action. 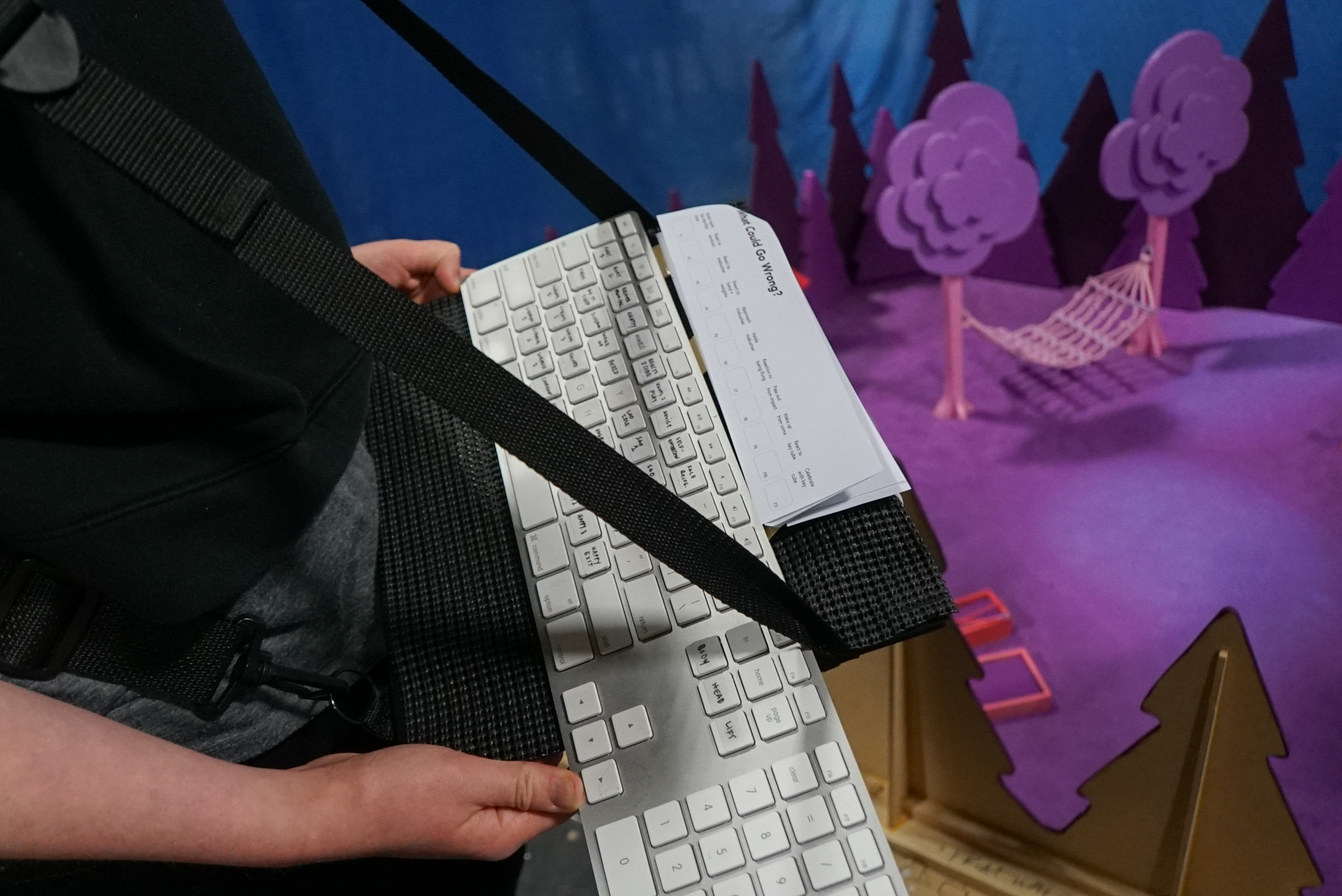 Make the weird dream in miniature a reality 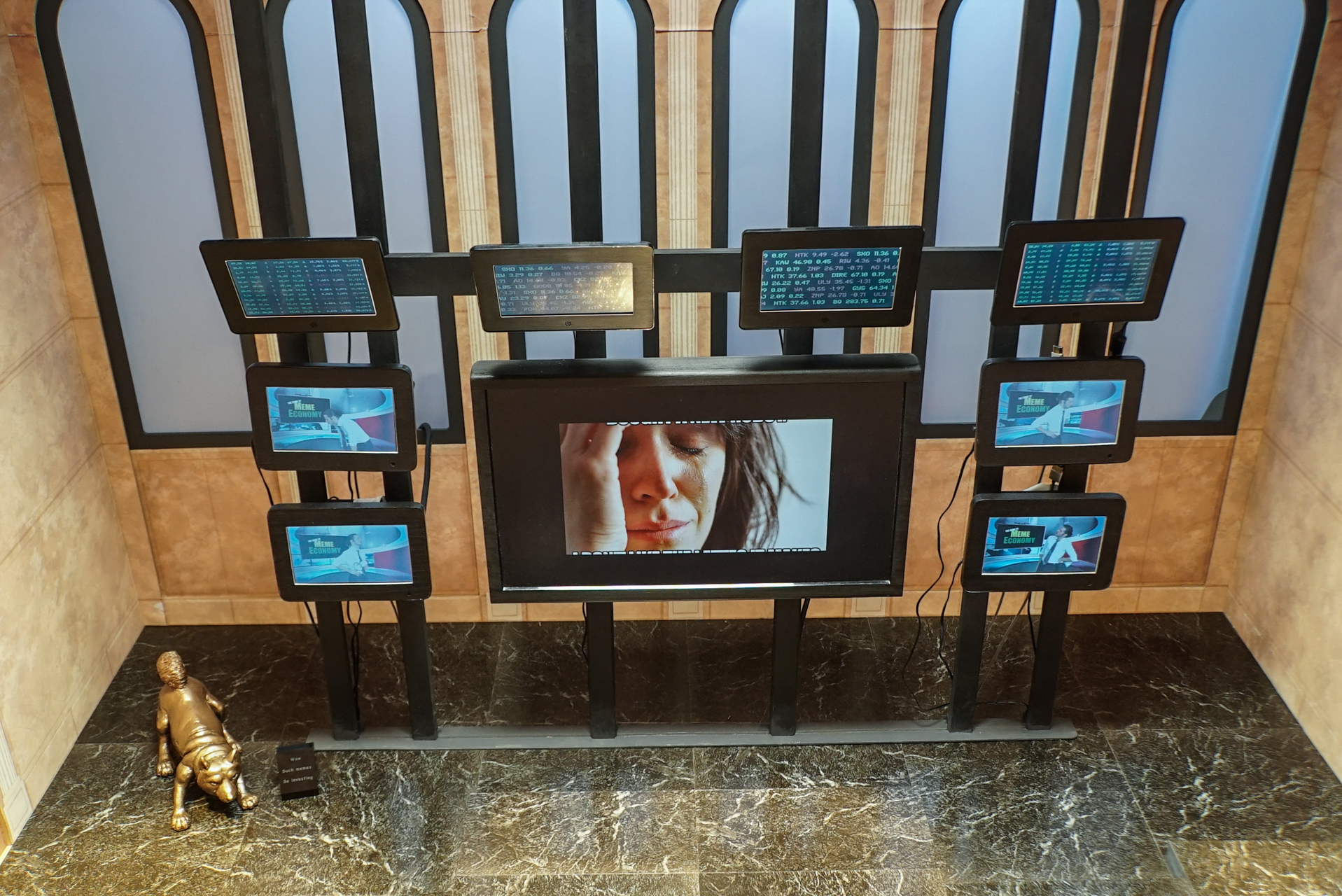 r/memeeconomy IRL (that shibe is a few inches long)

Speaking to Paulo Ribeiro and Nilesh Ashra from Wieden+Kennedy’s interactive tech spin-off W+K Lodge, it’s clear that the team understands just how thin a tightrope they’ll be walking. There are a ton of moving parts: a live tech demo, a streaming broadcast, a branching, playable choose-your-own-adventure book and a love letter to Reddit, all packaged up to make it palatable to the most fickle online community in existence.

“It shouldn’t be a surprise that there are a lot of Redditors on the team,” Ashra told TechCrunch.

The design team is eager to see what Reddit makes of its ode. They’ve designed for the unexpected — robots getting launched off-set, the game stalling out in the /r/rarepuppers room, et cetera — but it’s impossible to know what will happen in the wild.

“We’d be fools not to think some things are going to go wrong,” Anki Chief Marketing Officer Craig Rechenmacher said. 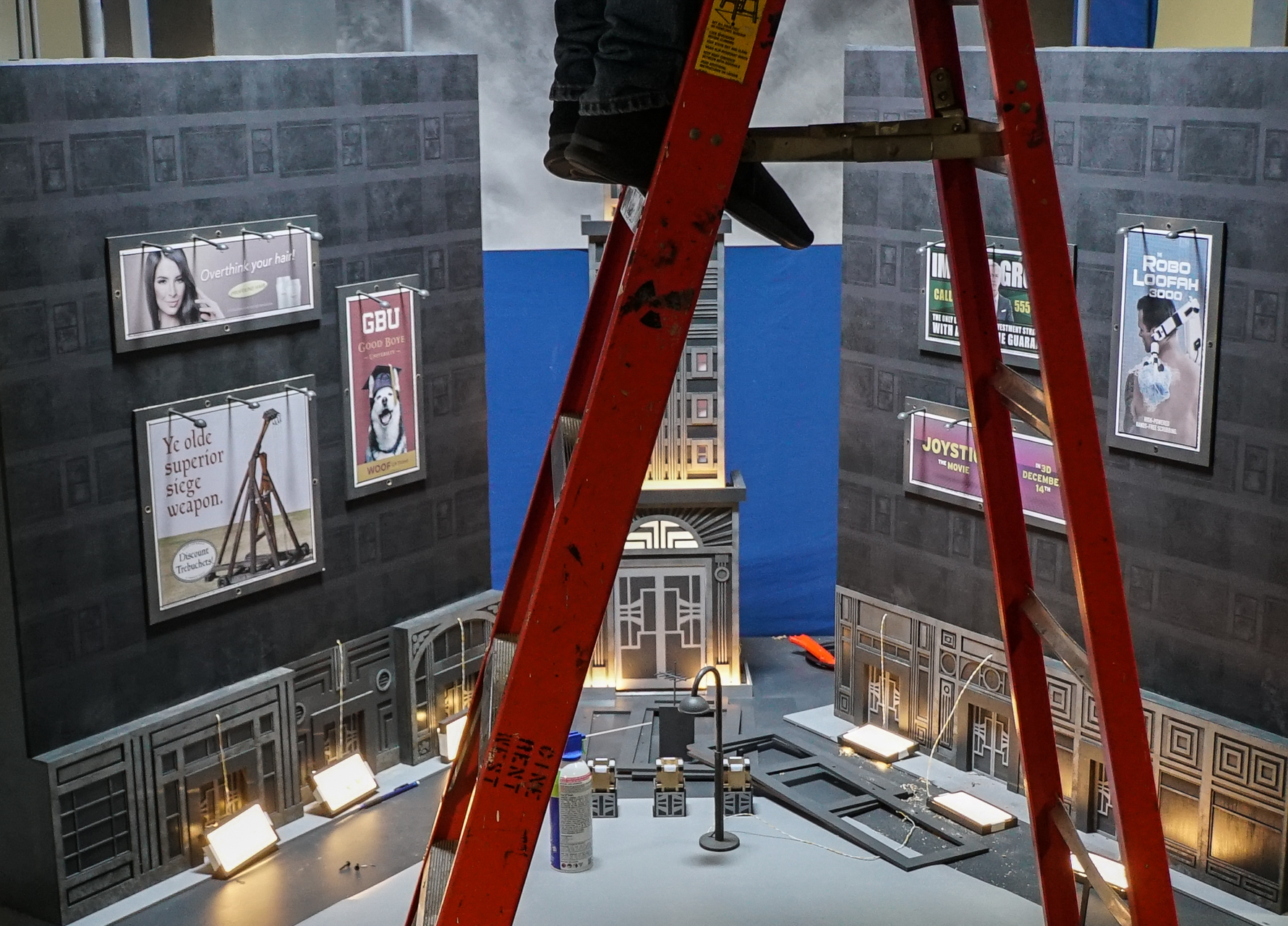 r/hailcorporate with crew feet for scale 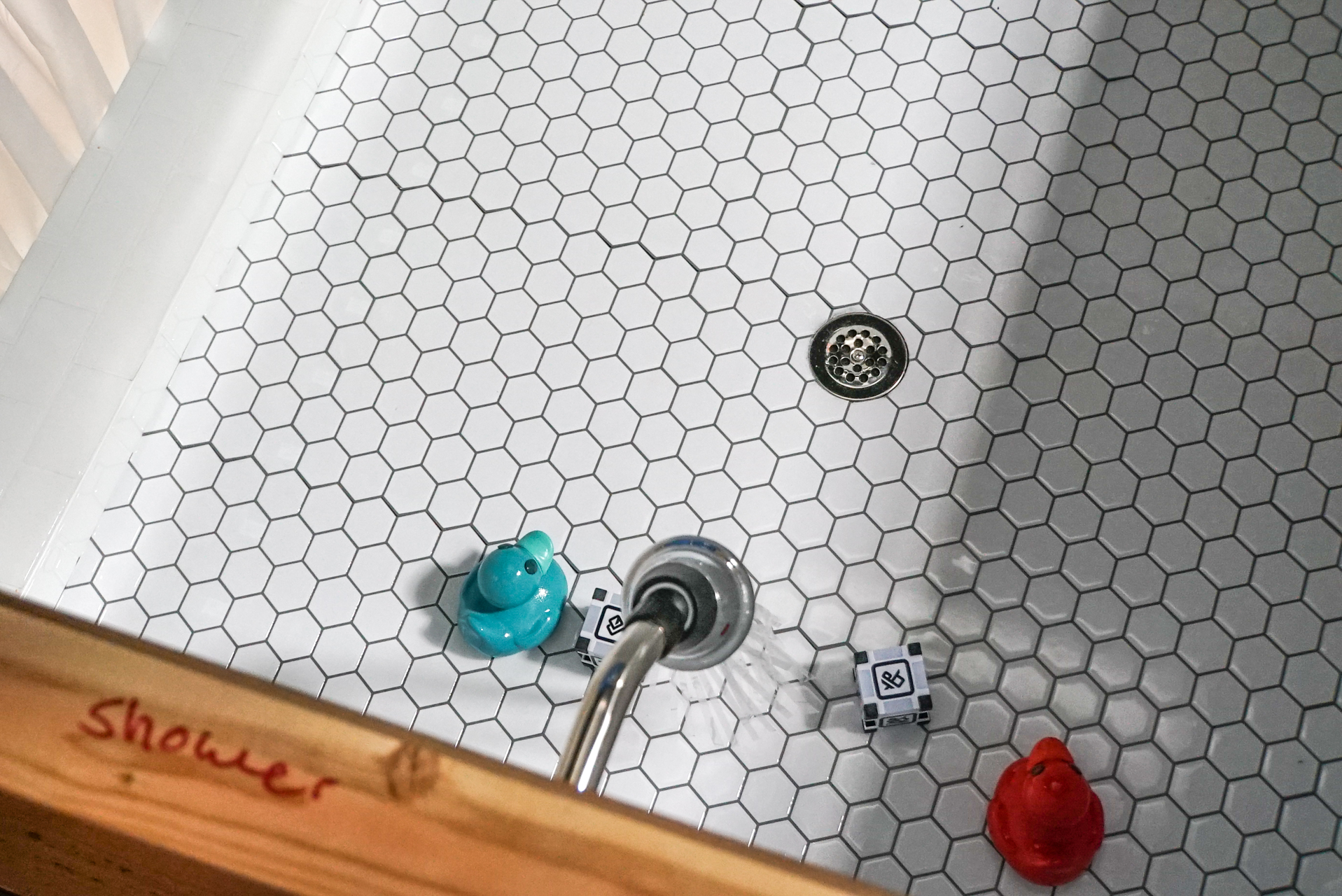 A place to have small shower thoughts

The experience understandably steers clear of Reddit’s more unsavory and controversial corners, opting to focus on clever subreddits with a “vivid culture” that designers could visualize: /r/memeeconomy as a stock trading floor, /r/hailcorporate as an oppressive art deco dystopia, /r/shittyrobots as a maker’s garage and so on.

“There is so much nuance to the culture in these communities, and with this campaign being the first to bring these subreddits to life in the physical world, we knew we needed to find genuine connection points with the communities,” Reddit Senior Brand Strategist Joe Federer said.

If you still don’t really know what’s going on after 900 words of flailing description, I wouldn’t blame you. Luckily, by now the whole thing has gone live, so you’ve got six hours to figure it out along with the rest of the internet. Why are you still here?