“We went through 45 mechanical iterations of Cozmo,” explains Boris Sofman. “This was a huge, hugely complex problem of mechanical engineering, industrial design and character design. The goal to make a character that had the size, shape and capabilities, form factor and practicality of a character that wanted to do all that we could do.”

The result is surprisingly small. Not much larger than a pack of cards, really. After a few minutes of background, a visibly excited Sofman reaches down and grabs what looks to be a canvas lunchbox, unzipping it to reveal a small, plastic moon rover with tire treads, a lifting arm and a small, square head.

For a few moments, it all feels like a whole lot of lead up for nothing — a fairly anticlimactic introduction from a company that learned how to launch a product from none other than Tim Cook himself, when Anki’s Drive car set was first unveiled during the 2013 WWDC keynote.

But then Cozmo springs to life with two small eyes on the black screen that doubles as his face. He shifts around a bit and takes stock of his surroundings. His movements are subtle and slight. This isn’t the grandiose mechanized emotions of a Furby. This a tiny little robot attempting to figure out what he’s just rolled into. The meeting room is all smiles. Our video producer has already fallen in love. 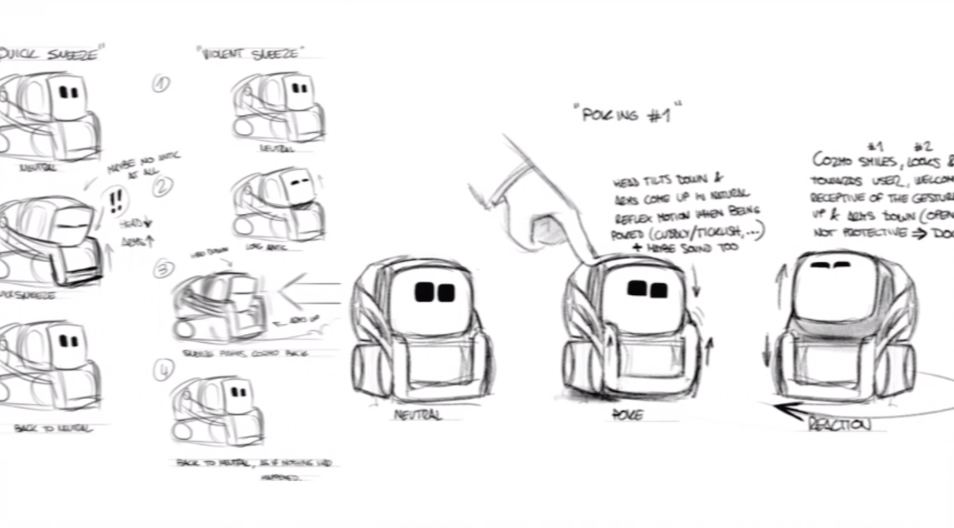 “We started thinking about Cozmo back in 2011,” says Sofman. “We started really working on it in 2013. But from the very beginning, we felt that the ultimate expression of robotics would be a physical character coming to life. We got so much inspiration from movies by places like Pixar and DreamWorks, where you have these rich creative characters on the screen. We started to ask what it would take to make them come to life physically, but not just in terms of the quality of the emotions they express, but to truly understand the environment around them.”

The tiny robot represents a sort of realization of the six-year-old company’s earliest goals. Right off the bat, Sofman describes Anki as a “robotics and artificial intelligence company,” a sort of grand sentiment for a hardware startup best known for creating toy cars. But for Anki, Drive and Overdrive represented a first step toward putting their robotic and AI goals into play in a real-world scenario, utilizing complex technologies to develop toys that genuinely interacted with players in a manner more akin to a well-made video game than an RC car. 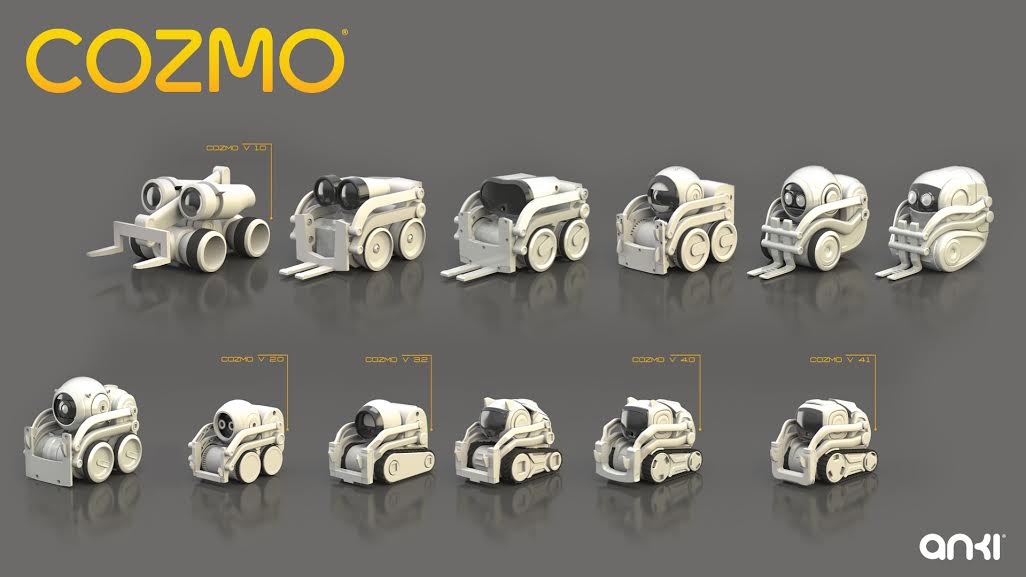 When he’s removed from his box and powered up for the first time, Cozmo wakes up, opening his eyes and blinking, staring inquisitively at anyone who might be looking on. “He can detect different people and remembers who he’s met,” adds Sofman. “If you play with him every single day, he’s going to be much more interactive and happy to see you. When he sees you for the first time, he’s standoffish and suspicious. So, he builds that relationship with you. He’ll explore his environment, see what’s around him, play with his blocks and explore other things he’s meant to interact with.”

The robot has built-in facial recognition, designed to identify individuals and help him for relationships over time. He’s also capable of building skills, getting faster and more efficient at playing games and stacking the cubes he ships with — though not before getting visually frustrated and being a sore loser. What’s arguably most impressive about Cozmo is how much he’s able to communicate with so little. The robot itself has only so much mobility. Much of the heavy lifting is left to his eyes, expertly brought to life by a team of animators from places like Pixar and DreamWorks that Anki now counts among its ranks.

“We’re bringing together people from different fields who have never coexisted on a project,” says Sofman. “We have animators who have worked their entire careers at places like Pixar and DreamWorks that are animating the first physical character like this in the real world. They no longer have a story on rails, but have to deal with the interactivity of the real world. At the end of the day, it’s all of these amazing skills from sound, game, animation, robotics and engineering that come together and make it possible to tell stories in the real world.”

The results are impressive, and Cozmo certainly goes a ways toward realizing Anki’s dream of bringing an animated character to life, complete with a WALL-E-like back story about a rejected lifting robot that has failed to live up to its intended function. How engaging the robot will continue to be after those first few interactions is another question entirely, particularly when the toy is designed to compete for children’s attention against video games and the like. Utilizing a mobile device to essentially serve as Cozmo’s brain was done, in part to help future-proof the robot. 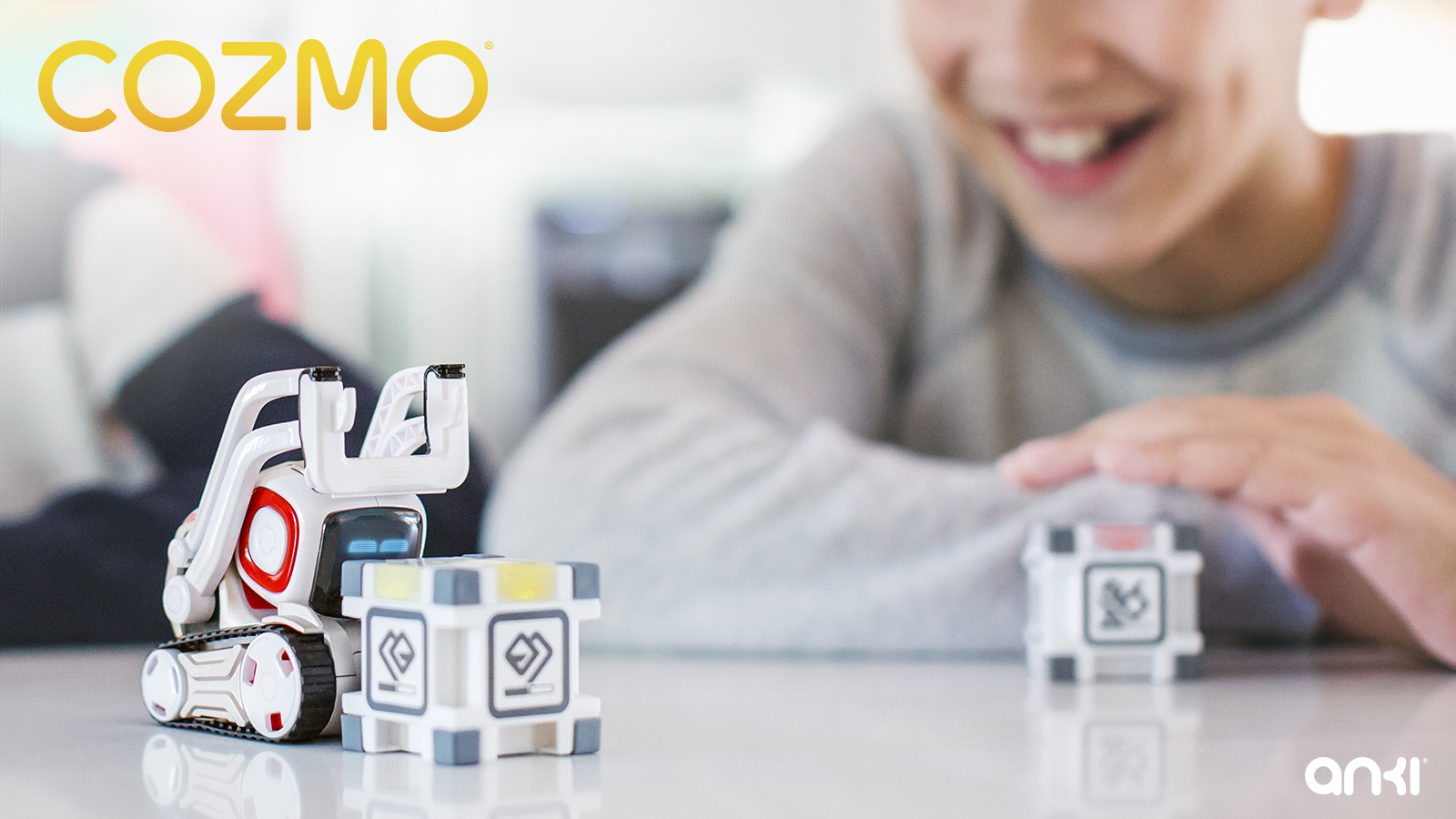 “Cozmo’s brain is the mobile device,” explains Sofman. “It’s designed to act as both the interface for some of the high-level games, but also the brain that allows Cozmo to do some of the sophisticated things that he does. A lot of the processing is happening on the phone or tablet, and the animations that he plays are streamed from the device and onto him.”

Cozmo is an impressive second act for the company, and one Sofman assures is only the beginning, now that the groundwork for AI and engineering have been laid for future products. How all of that plays out, however, is ultimately a matter of how well the little robot develops.

He starts shipping in October, priced at $180.