Broadly, the venture capital industry is thriving. But still, too often, women seeking funding are left out of the boom because of hidden biases, sexism and a general unawareness. Because of this — and recent reports of incredibly low-brow behavior among high-profile investors — it is more important than ever to understand where women founders stand when fundraising.

Since 2015, Crunchbase has reported on gender diversity in venture capital. And, once again, the story for women looking to be funded remains stubbornly predictable. Here’s what the numbers tell us.

Companies with at least one female founder grew from 9 percent in 2009 to 17 percent since 2012 — a stat that has not changed for five years. 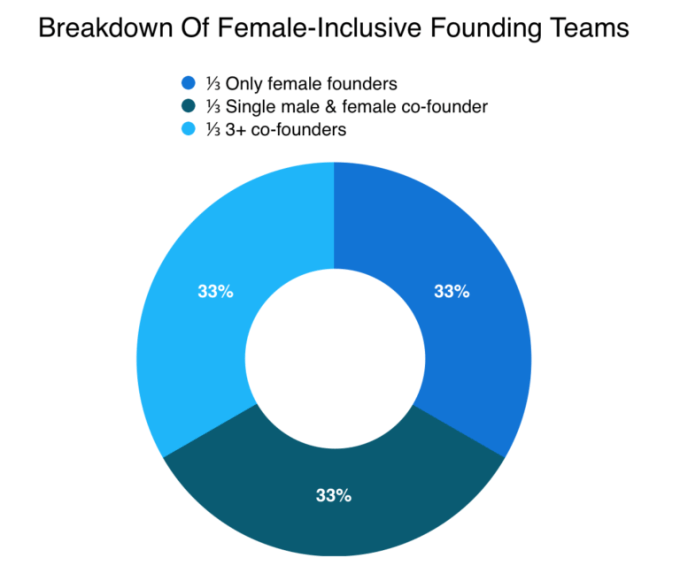 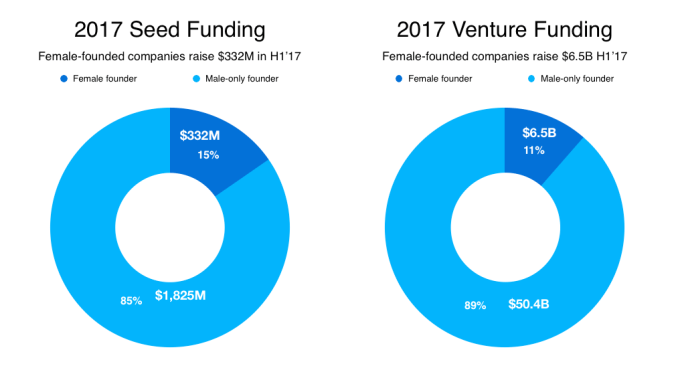 On the investing side, only 7 percent of senior investing partners at the top 100 venture firms are women. Female founders face a greater challenge than male founders when fundraising, as they are required to break into male networks, which predominate at most investment firms.

For the first time in our reporting on the funding gap, we looked at seed and early-stage funding since 2010 to see if there is a difference in fundraising for female versus male-only teams. Funding at this stage is risky, with the investor focusing on the founding team and the idea. 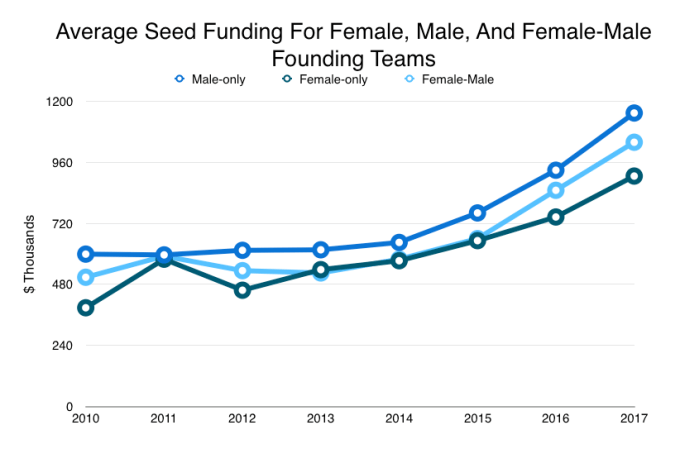 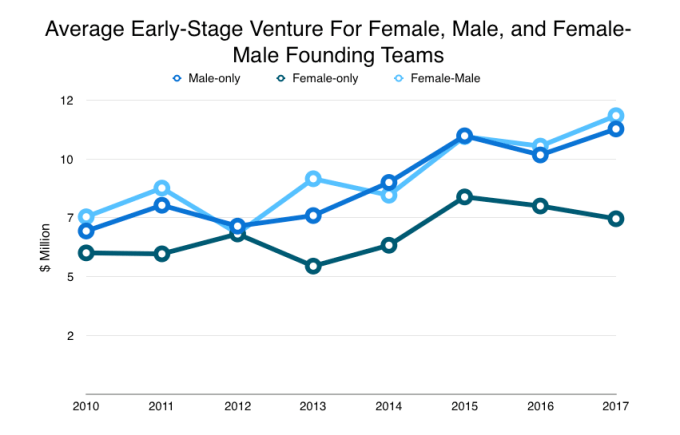 Notably, the gap of funding between women to men wasn’t always so large. In 2014, women raised $89 for every $100 a man raised. But over the past three years, the ratio has continued to drop, and it’s not yet clear whether that pattern will continue.

Because so many investors and founders are men, women are often not related to in the funding process. This lack of familiarity typically means reduced funding for women and a host of other consequences.

As one recent study pointed out, even the way investors frame questions to women can impact funding. According to the Harvard Business Review, female founders are often asked “prevention-oriented” questions focused on safety, responsibility, security and vigilance. Male founders, on the other hand, are often asked “promotion-oriented” questions focused on hopes, achievement, advancement and ideals.

The result of how these questions are asked between the genders? Women ended up with less funding.

This phenomenon is not just limited to investors in the United States. HBR also reviewed 125 pitches made in Sweden, 26 of which were made by female-founded companies. In the analysis, HBR found very different assessments of female versus male founders:

“The financiers rhetorically produce stereotypical images of women as having qualities opposite to those considered important to being an entrepreneur, with VCs questioning their credibility, trustworthiness, experience, and knowledge.”

With these studies and data in hand, it is time to revisit the “guy in the hoodie” stereotype and recognize entrepreneurship comes in many forms.

Thanks to Matt Kaufman for conceptualizing the fundraising gap charts.