Bike sharing has taken a turn in the U.S., following trends in China. The new mode is “dockless,” where companies distribute bikes around a city or campus to be rented per trip instead of dispensing them from one station. The bikes are tracked via GPS, and can be located by users, paid for and unlocked using their smartphones. Best of all, when riders are done with one of these bikes, they can park them anywhere that’s convenient (and legal).

As TechCrunch has previously reported, venture investors are pouring money into startups trying to make dockless bike sharing a success domestically. These businesses are facing fragmented regulations and competition from better-funded Chinese players coming to North America, as well as incumbents like Motivate Co., the kiosk-based bike-sharing company that has locked up agreements with cities across the country.

The latest to score a round of funding is Spin (incorporated as Skinny Labs Inc.), a San Francisco startup founded by veterans of the tech scene: CEO Derrick Ko, president Euwyn Poon and CTO Zaizhuang Cheng. Spin just closed an $8 million Series A round of venture funding led by Grishin Robotics, and joined by Exponent.VC, CRCM and angel investors Matt Brezina and Charlie Cheever.

Euwyn Poon said now that it has locked in a Series A round, Spin will ramp up hiring and embark on negotiations with different municipalities to bring its bike-sharing service across the country without ruffling feathers.

Dockless bike-sharing companies have stirred fears that bikes will clutter the sidewalks, posing a hazard to pedestrians and creating an eyesore. To keep their company in good standing with regulators and cities, Spin has enlisted Molly Turner, the founder of Airbnb’s policy team, as an advisor. 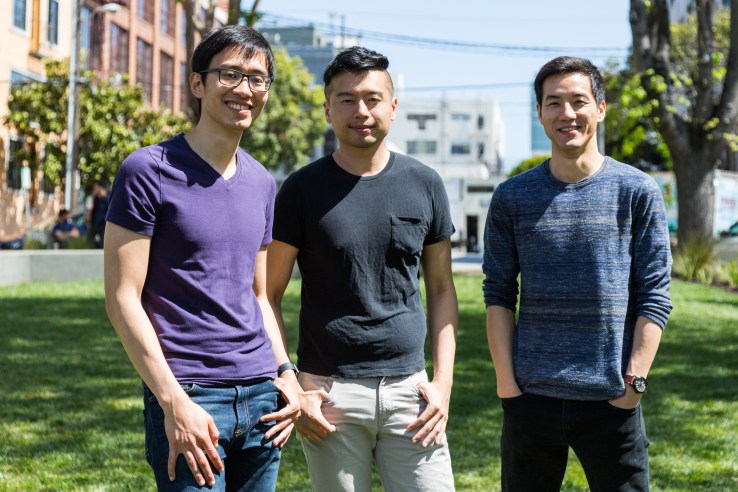 Grishin Robotics founder Dmitry Grishin said he believes cities will want to have Spin’s bikes around because of their potential to reduce pollution and traffic and increase users’ fitness. The investor said, “It has surprised me that ride-hailing apps have not significantly reduced traffic jams in places like San Francisco. Traffic is getting worse all the time. We need to add more systematic ways to solve short distance travel. Making bikes more accessible in cities will help. It’s very good for commuters, but also tourists. So it’s a huge market opportunity.”

Spin’s competition includes several other funded startups here. Social Bicycles, the first to offer kiosk-free bike sharing in the U.S., has raised $7 million, and has already reached profitability. Another early bike-share player, Zagster, closed a $10 million Series B round that it announced in January. And earlier this spring, LimeBike closed a $12 million Series A round led by Andreessen Horowitz.

Derrick Ko, a former Lyft product manager, said Spin will differentiate its offering with bikes that are comfortable to ride and self-locking, and an easy-to-use app. While Spin allows users to pay with Apple Pay and Android Pay, or by inputting their credit card info into the company’s app today, the startup will look to integrate other payment technologies down the line.

Spin CTO Zaizhuang Cheng said, “One of our goals is to bring equitable bike sharing to all the communities who may not have credit cards and smartphones. We have seen examples of this in Taiwan. They make it easy for someone to take a train, and when they get off, continue their journey on a bike.” (It could prove convenient to be able to pay for a bike with the same card you used for the subway.)

Spin will roll out bikes in Seattle this June, the co-founders said. But they did not disclose how many bikes they would dispatch in that market, or other cities where they plan to operate this year.