Microsoft acquired the popular mobile to do list application Wunderlist back in 2015, and now it’s preparing users for its eventual demise with the release of its new application “To-Do,” announced today. The new app was built by the team behind Wunderlist, and will bring in the favorite elements of that app in the months ahead, Microsoft says. The company also added that it won’t shut down Wunderlist until it’s confident that it has “incorporated the best of Wunderlist into To-Do.”

In case you’re hoping Wunderlist will get some sort of reprieve, Microsoft makes its forthcoming demise pretty clear. Stating its plans in black-and-white: “we will retire Wunderlist,” it says in a blog post.

In the meantime, Microsoft is encouraging Wunderlist users to make the switch by offering an importer that will bring in your lists and to-dos from Wunderlist into To-Do, where those items will now be available in other Microsoft products, like Exchange and Outlook. 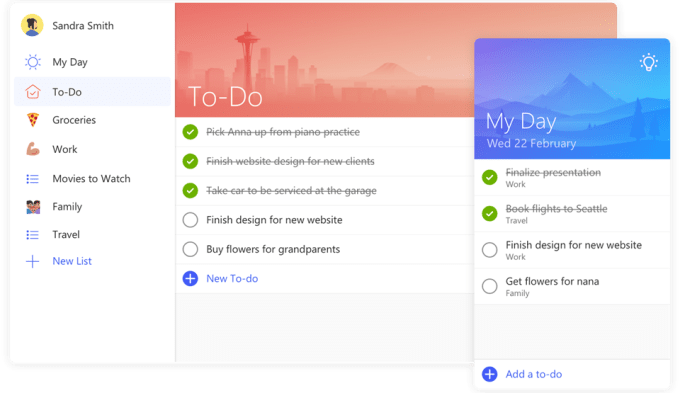 Microsoft’s plans for To-Do were previously leaked, when the company was found to be testing a new app, then under the codename Project Cheshire.

At the time of the leaks, that was a fairly bare bones to-do app that let users create lists, add items, set reminders, and sync lists across platforms. The only interesting feature was that it was able to offer suggestions of tasks to add to a list – something that has now transformed into To-Do’s “Intelligent Suggestions” feature.

According to Microsoft’s announcement, To-Do starts you off in a screen called “My Day” which offers a list of items that need to get done today. You can customize this list further by accessing the “Intelligent Suggestions” feature – available with a tap on the lightbulb icon – which will offer suggestions of things you may want to add to your list.

For example, if there was something you didn’t get done yesterday, but perhaps should have, that could appear as a task suggestion. As Microsoft explains it, you’ll also be able to review to-do’s from the day before as well as view what’s due and other upcoming tasks, via this feature.

More importantly – to Microsoft, at least – is that To-Do has been built to integrate with Microsoft Office. The app is built on Office 365, and its first integration is in Microsoft Outlook. Your Outlook Tasks will sync with To-Do, so you can access and manage them across your devices.

To-Do’s data is also encrypted in transit and at rest for added security. The Preview version of To-Do is available today for I.T. admins to enable through the Office 365 admin center, and is available on iPhone, Android, Windows and the web for consumers. 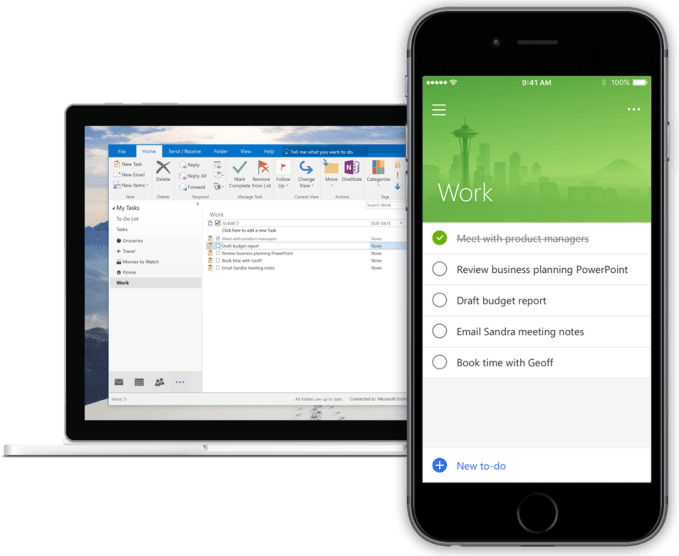 ZDNet clarified with Microsoft that the app is not just for Office 365 users, as the original blog post about the launch seemed to imply. Instead, anyone with a Microsoft account can use To-Do, even if they don’t have an Office 365 plan, the company confirmed.

The To-Do app is not ready at this point to meet the needs of all Wunderlist users, however. As many users realized, some platforms do not yet support To-Do, including Mac, iPad and Android tablet. List sharing is also not available. But Microsoft says these will roll out in time along with other integrations with Microsoft services.

A Microsoft employee in the comments section of the original blog post even offered some enthusiasm towards users’ requests for Amazon Alexa integrations, which could be interesting. And they noted that support for Work accounts would arrive on To-Do on the web in the coming weeks, and gave the timeframe towards the iPad app as the “coming months.”