Facebook is launching a couple of new features for its Messenger platform today. Among those is an update to its M virtual assistant, which can now help you order food through delivery.com, the launch of Messenger Codes, which are basically QR codes you can scan into Messenger, and better support for Game bots and turn-by-turn games.

The M virtual assistant added support for suggestions earlier this year, but with this update, it can now recognize when you are talking to your friends about getting dinner and suggest placing an order with delivery.com. That experience, Facebook says, includes group ordering and payment, too. This new feature is now available everywhere in the U.S. served by delivery.com. 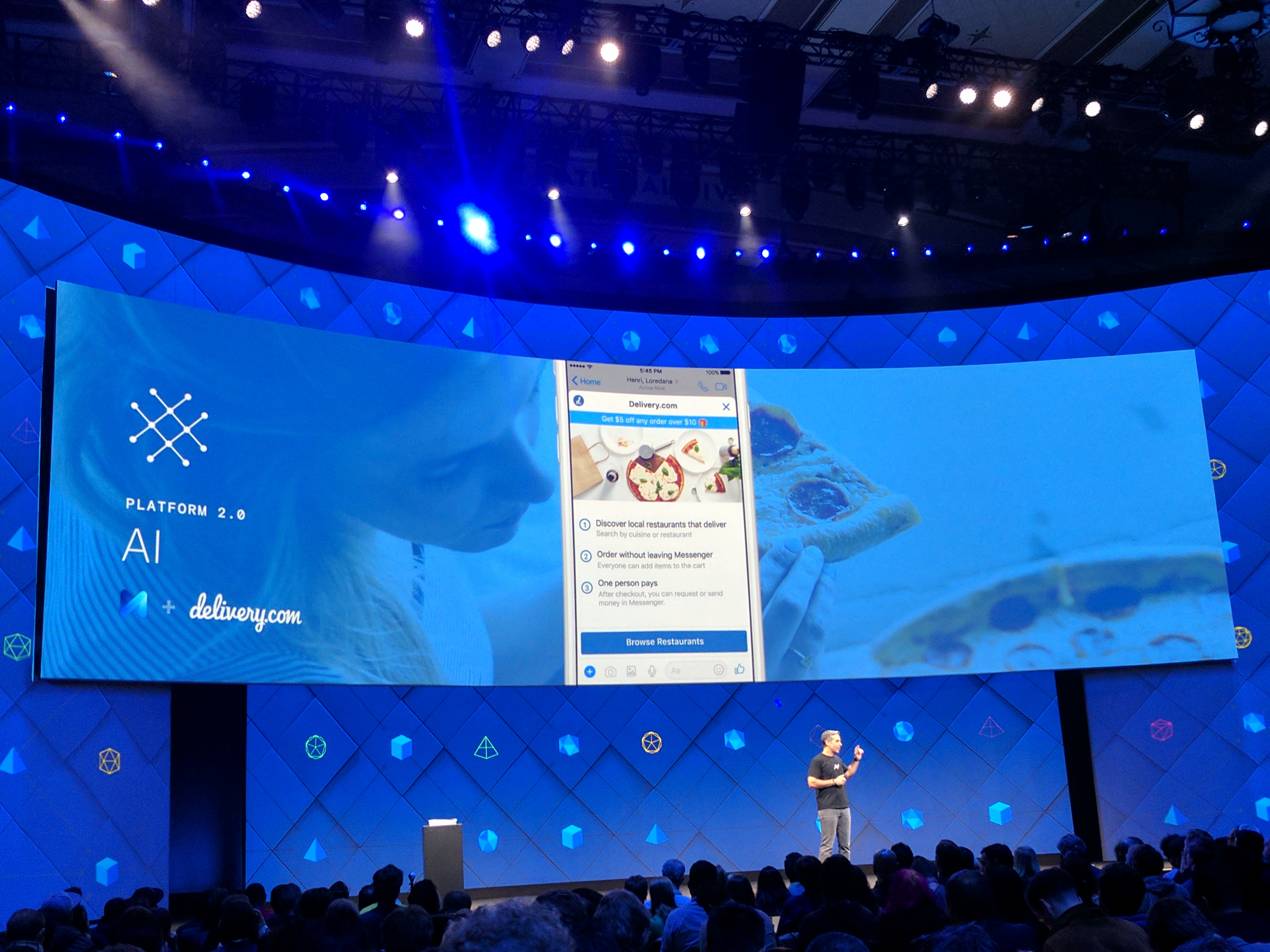 Facebook Messenger is also getting a Game tab (which is rolling out today). This tab will now also get access to Game bots and Rich Gameplay (that is, turn-by-turn games). In total, more than 1.5 billion games have been played in Messenger over the last 90 days, Facebook says.

As for the QR codes, the experience is pretty much what you’d expect. You will be able to scan these QR codes at concerts, basketball games or other events and, after you’ve scanned them, a Messenger bot will pop up to provide you with more information. While QR codes never quite caught on (at least in the U.S.), which Facebook freely admits, this does look like an interesting way of using them and may just make them a tiny bit more popular. 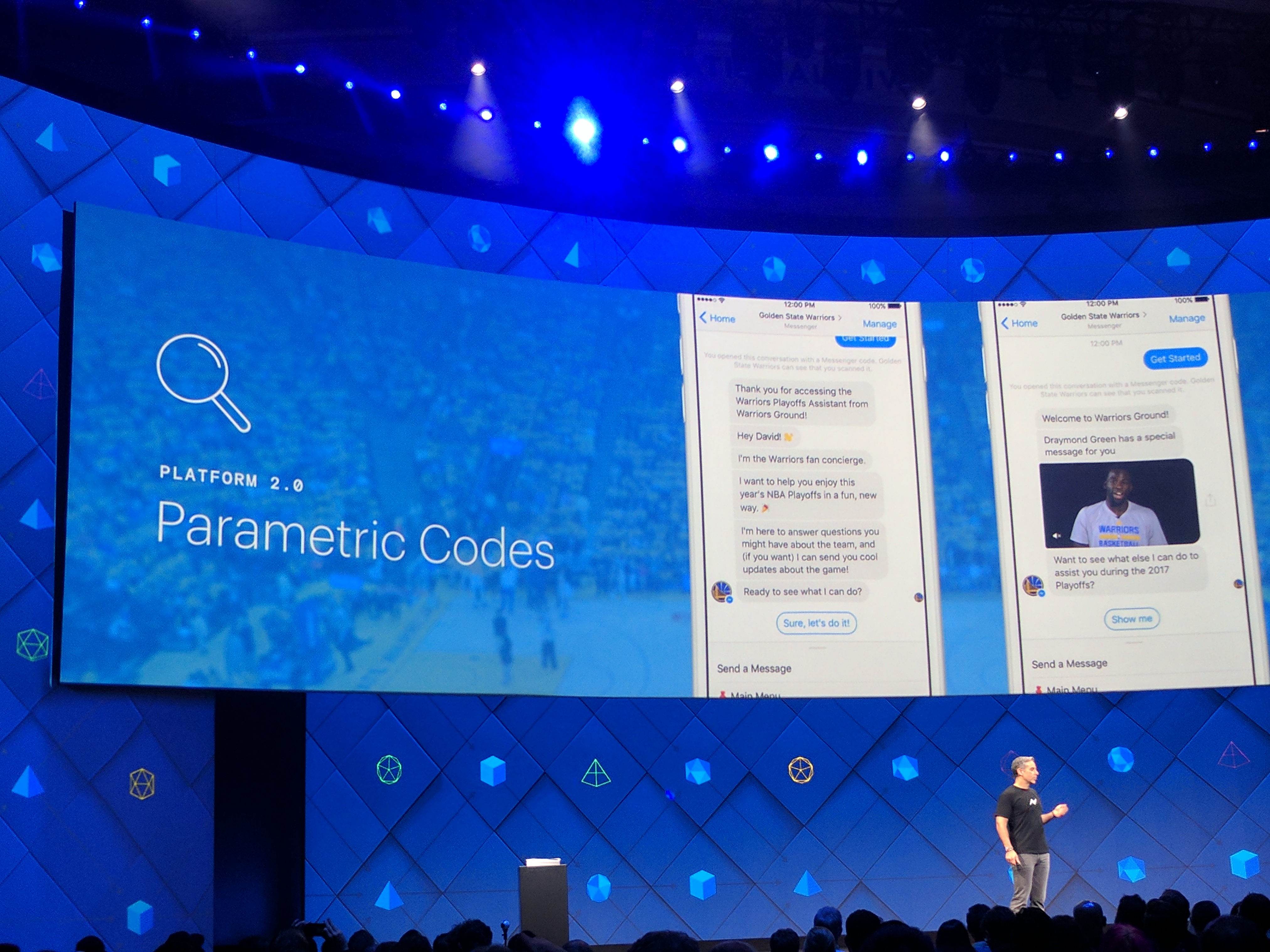 For businesses, Facebook is obviously also launching tools to generate these codes. These businesses can now also work with different developers to provide different Messenger experiences. That means a business can have both a shopping and customer service bot, for example, and different vendors and developers can manage these separately.

On their Facebook Pages, these businesses now also get support for smart replies, which are powered by the Wit.ai bot engine. Through them, they can respond to frequently asked questions that customers regularly ask them (think business hours, directions, phone numbers, etc.).

In addition to all of this, Facebook also today announced major updates to its group bots and it’s making bot discovery, easier too. 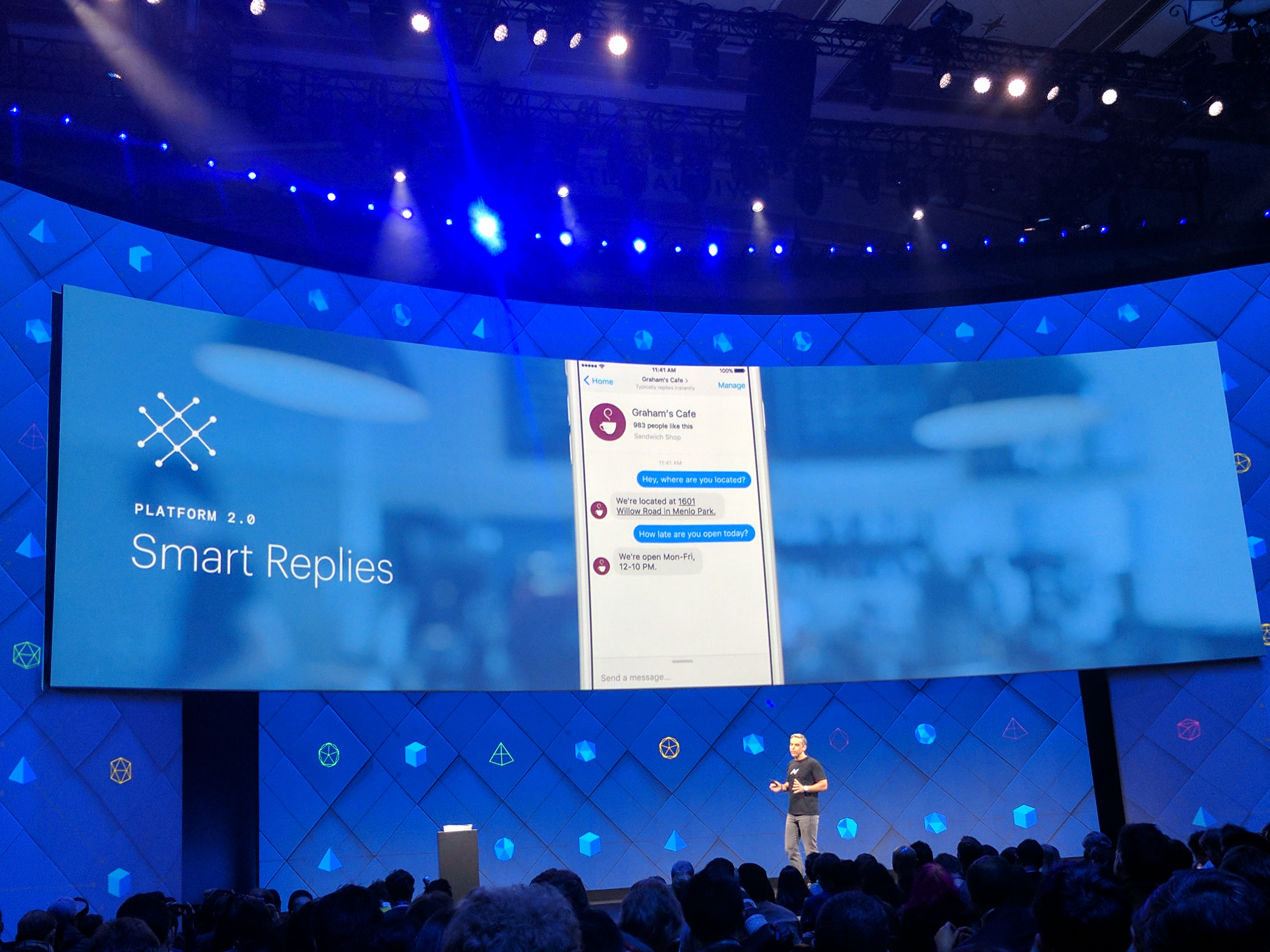