If you prefer listening to the news over reading the news, you’ll soon have a new way to do so, via iTunes. In the near future, you’ll be able to browse through a variety of podcasts focused on turning media publishers’ articles and news into audio content, dubbed “Spoken Editions.”

On iTunes, podcasts branded “Spoken Edition” will be short-form programs that offer listeners an audio version of the publisher’s written content. That means you could “read” your favorite website or hear the news when you’re doing other things — like walking your dog, commuting to work or working out at the gym, for example. 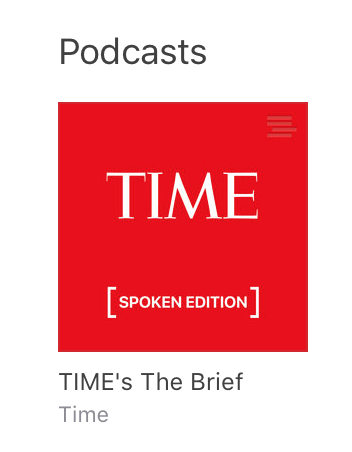 During early tests on iTunes, Spoken Editions for several media brands showed up.

Wired, for example, will launch Spoken Editions for “Business,” “Science” and its homepage. TIME will offer a Spoken Edition called “The Brief.” Forbes, .Mic, Bustle, Playboy, OZY, and — yep — TechCrunch (which I discovered while browsing our iTunes page, of all things) will have Spoken Editions, it seems, as all popped up for a time on iTunes.

The links to all the publishers’ Spoken Editions have since been pulled, after our discovery and outreach.

For larger publishers, like Wired, iTunes also broke out the Spoken Editions into their own section: “Top Spoken Editions,” which was found below the “Top Episodes” (see screenshot below).

This indicates that iTunes itself will be tweaked to better surface this particular type of audio content for users.

One company helping to get publishers ready for Spoken Editions is SpokenLayer.

When you click through to read the Spoken Edition podcast descriptions, it was noted that they were powered by SpokenLayer. That doesn’t imply an Apple partnership, however — iTunes’ platform is open to many podcasting networks and publishers. SpokenLayer’s involvement is in getting media publishers to move their content into this format more quickly, but Apple is simultaneously getting iTunes ready to feature this content, as well, as indicated by the early tests.

Launched in 2012, SpokenLayer offers audio creation, distribution and monetization services to media brands. The company currently powers podcasts for a number of publishers, including Forbes, Huffington Post, TIME, Reuters, Smithsonian, Scripps and others, according to its website. Those recordings are then distributed on platforms like iTunes, SoundCloud, Stitcher, AudioBoom and Live365.

The Spoken Editions will also include audio ads, where revenue is shared between the publisher and SpokenLayer.

While text-to-speech audio recordings are not something that’s new to the podcasting industry, the way SpokenLayer approaches this process is interesting. The company has developed a proprietary ecosystem that involves ingesting the written word, then turning that into audio content that literally becomes the “voice” of the brand.

“We have a distributed network of voice-over talent that is tagged and managed,” explains SpokenLayer CEO Will Mayo, who declined to talk about Spoken Editions in particular, but spoke more broadly about his company and technology works. That way, he says, stories sound different from one publisher to the next.

“We make sure Wired sounds like Wired and any other publication sounds like those publications. The voice and style of any brand is in its writers and the reporting it does. That’s unique for every publication, and that uniqueness is honored,” adds Mayo. 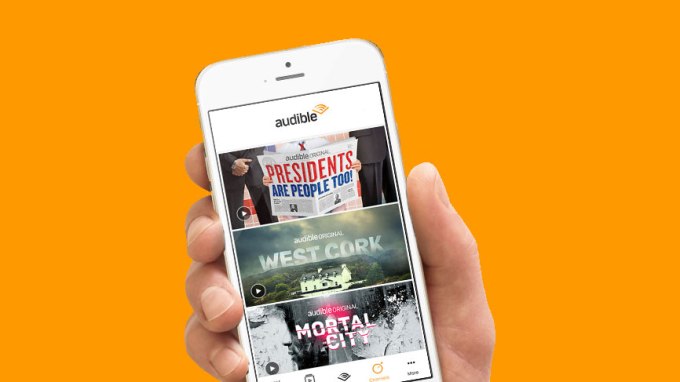 The move to feature this type of “text-comes-to-life” content arrives at a time when there’s an increased interest in podcasting and audio in general. Voice computing is now a huge and growing trend — Apple, in fact, is rumored to be working on an Amazon Alexa competitor, which could easily help deliver these “Spoken Editions” into consumers’ homes.

Podcasting has also entered its golden age, having seen 30+ percent annual growth in recent years. According to Edison Research’s 2016 report on the rise of podcasting, over half of Americans are now familiar with the term (55 percent, or 150 million), and 36 percent (98 million) count themselves as podcast listeners. Meanwhile, 21 percent — or 57 million — said they listened to a podcast in the last month.

There are also now over 25,000 active podcasts with 12 million episodes of audio, video and documents, including content in over 100 languages. Based on current consumption year to date, customers are on pace to listen to a record 10 billion podcast episodes via iOS, iTunes and tvOS devices in 2016.

Now, companies are looking to make podcast listening more of a daily, rather than weekly or monthly, activity.

Amazon, for example, just debuted a new feature for its Prime members that brings access to short-form audio programs through Audible Channels. This includes spoken-word recordings from publishers like the The Wall Street Journal, The New York Times, Harvard Business Review, Foreign Affairs, Charlie Rose, McSweeney’s, The Onion and other periodicals.

Apple isn’t going so far as to develop a direct competitor to Audible Channels, but is rather tweaking its existing platform in a way that will better highlight this type of short-form content.

Spoken Editions will roll out in early October, at which point we should have a fuller list of participating publishers.