Tinder, the dating app to rule them all, has today announced that it participated as an investor in Vina’s latest funding round.

Vina, a social network where girls can meet and nurture new friendships, recently raised a $1.4 million seed round from Greylock, NEA and Wildcat Venture Partners. Tinder, as it happens, also participated in the round, investing a “meaningful amount”, according to Tinder CEO Sean Rad.

That said, neither party was willing to disclose the terms of the funding.

This marks Tinder’s first major step towards verticals beyond romantic connections, though it’s not the first time we’ve seen a dating app go the way of friend-finding” The transition is an obvious next step forward, now that Tinder is able to process massive amounts of data around how people make decisions after years of watching people digitally date.

Evidence of this type of transition surfaced yesterday when Tinder announced Tinder Stacks, an iMessage app that lets users send a pile of Tinder-style cards (with images) to ask their friends to swipe/vote on anything.

With the Vina investment, Tinder is offering mentorship and potential collaboration in the future. It’s also worth noting that Match Group, the majority share-holder of Tinder, approved Tinder’s allocation of funds.

It’s rather odd to see a subsidiary company like Tinder participate in a funding round, rather than acquiring the company outright or adding it to the Match Group portfolio.

But it seems Tinder is making a longer play here. 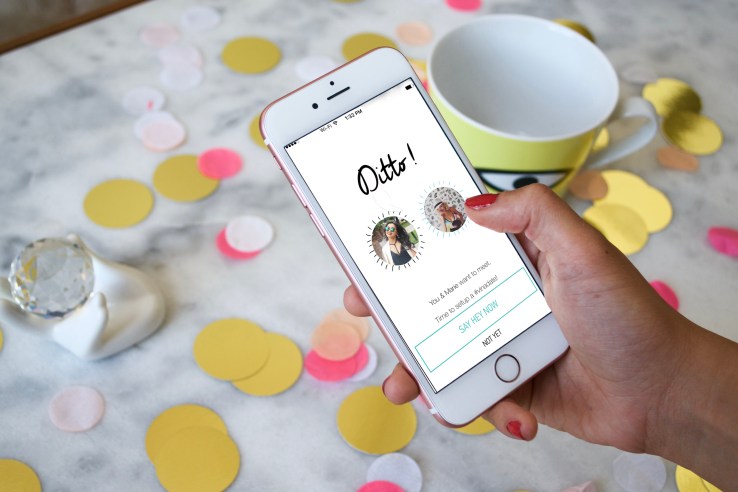 Tinder, as a company, will likely transform into an umbrella over the next few years, incorporating the same swipe/match functionality to a handful of other verticals. But, as a brand, it’s hard to think of Tinder as anything more than a dating/hook-up app.

For that reason, the investment in Vina (which is more about female empowerment and friendship than anything Tinder has produced) is the first step in a long transition toward friend-finding, which may very well end up in an acquisition down the line.

“In our research, it’s clear that many of our users want a product that functions the same way as Tinder but helps them find friends instead,” said Rad. “We invested in Vina because I’ve been thinking about this space, about social introduction as a broader theme, for a very long time.”

For the time being, both companies will remain separate entities.