A startup called VINA is launching a mobile app today that operates a lot like a Tinder, but is aimed at women seeking new friends. And no, not friends-with-benefits or boy-space-friends, but other females who share their same interests, and who have compatible personalities. To make this work, Hey! VINA, as the app is called, doesn’t just show its users pictures and profiles, but also uses a matching algorithm that takes into account information like mutual friends, proximity, and data from quizzes you take in the app.

Yes, an app for making friends. Oh, what a world.

The idea for the app comes from VINA, a company whose focus is on building a suite of products aimed at meeting the needs of modern women. In addition to the mobile app, VINA also offers LadyBrag.com, a simple site where women share and celebrate their accomplishments.

The company itself was founded last summer by friends Olivia June Poole and Jen Aprahamian, who previously worked together at General Assembly. The founders said they started building the app Hey! VINA because of a personal pain point – they often moved and traveled for work and wanted a better way to meet new girlfriends in the area.

In addition, the two said their industry of choice – tech – tends to be dominated by men, which made it more difficult for them to find women they could add to their social circles. Plus, as their current girlfriends moved away, got married or started having children, they also found their social circles shrinking.

But is finding friends really something that we need an app for?

Poole ticked off a number of use cases where she thinks something like Hey! VINA could help, whether that was wanting to find girlfriends while traveling for extended periods of time, or connecting with new people who were interested in specific activities based around common interests, for example. Or even just being able to get your social circle started after moving to a new city.

She also tells me that Hey! VINA grew out of a networking group she began in San Francisco called “Ladies Who Vino” (…in case you’re wondering about the app’s odd name. VINA is also Scottish for friend or beloved.)

These ladies-only happy hours grew to 100 attendees, which prompted Poole to consider translating that success into an app that could scale the movement further. 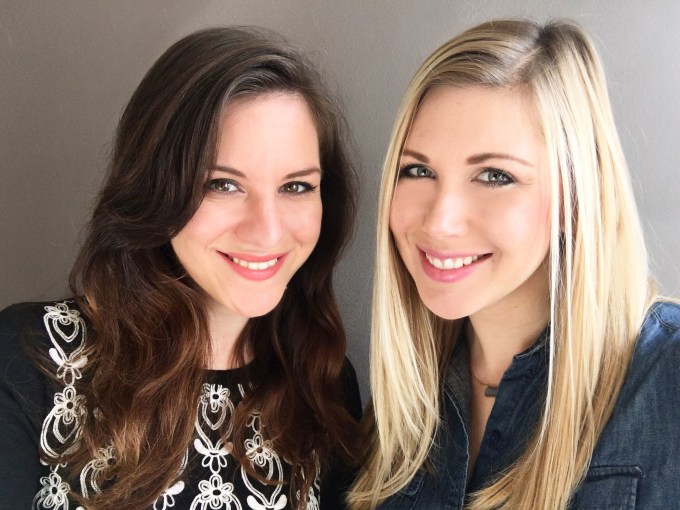 The app, which is live now in San Francisco and New York, starts off with a short quiz designed to get the basic details of a user’s lifestyle and personality. Then, on a weekly basis, Hey! VINA will release Buzzfeed-style quizzes to augment that initial data with more information that can be used for matching.

There’s something immediately off-putting, however, about a startup that takes one of our most basic social skills – the ability to make friends – and turns it into an app. It’s reflective of a generation who is already lambasted for spending too much time on our phones, and who is sometimes said to have difficulty with interpersonal interactions because of this.

That being said, with women’s modern lives which involve far more travel and relocation than in past years, the ability to find new, close friends has gotten more difficult. Books have been written about the matter, in fact. But do people want a solution in the form of an app? After all, once you make your first friend in a new area, your social circle seems to quickly grow.

Still, Poole believes that you can either fight the trend involving the shift of socializing to our phones, or you can embrace it.

“It’s the way things are,” she says. “We can’t force people to change. We can’t force an entire culture to be like, ‘okay, everybody put down your phone…,” Poole continues. “If we can help people adapt and fulfill their needs…we think that’s great.”

The app, now in public beta, is live on iTunes.