Pokémon Go will come to Android Wear, it seems. At TechCrunch Disrupt SF this afternoon, John Hanke, CEO of Niantic Labs – the company behind the most viral and profitable mobile game of all time – confirmed that his team will look into bringing game to other mobile platforms which are interesting in terms of both gameplay and mobility. Asked specifically if Android Wear was on that list, he replied it’s “pretty likely,” which is as close to an official confirmation as we expect to get at this time.

The game was recently announced as coming to the Apple Watch, but Hanke confirmed today that it would not be an Apple exclusive.

“Our whole mission as a company is to evangelize this whole concept of playing games outside, real world games,” explained Hanke. “Apple Watch we think is a great vehicle for that,” he added, complimenting also the new Apple smartwatch hardware, which includes a standalone GPS and waterproofing, among other things.

“As other devices come on the market – if those are Android Wear devices or if they are devices from other quadrants that are interesting for gameplay and mobility, and being active – we’ll look into supporting those, too,” he said.

Pokémon Go has far too much interest to be limited to only one wearable platform, so it’s not surprising to hear that the company will work on an Android Wear app in the future, or those for other devices.

In fact, Niantic Labs also just launched its own Pokémon Go Plus device – a $35 device you can wear as a bracelet. The Plus lets you catch Pokémon without pulling out your phone while walking, running, or biking.

The game itself has become a mobile phenomenon, having earned numerous records since its July 2016 debut. It became the most downloaded app in its first week ever, the fastest to reach 50 million installs on Google Play, and more recently, the fastest mobile game to reach $500 million in revenue, just to name a few.

It also (likely) single-handedly contributed to Apple’s announcement earlier in September that the App Store has seen 106% year-over-year growth over the course of the last two months.

But the question remains whether Pokémon Go will eventually become a fad, and see a drop-off in users and engagement over time. There’s some indication that the plateau has already been reached – its paying population dropped 79 percent, Slice Intelligence reported in September, even though it’s still the most profitable mobile game ever.

Hanke isn’t worried about any downturn, though. After all, before Pokémon Go, the Niantic team created Ingress, another game that sends players out into the real world. Ingress formed the infrastructure that Pokémon Go builds on top of – the ‘portals’ in Ingress became Pokéstops, for example. Developing Ingress over the course of several years gives Niantic the insight into how to keep Pokémon Go fresh and alive, even when the novelty wears off.

One idea that will make its way to Pokémon Go in the future are events, Hanke also said today These will be the next focus for the game, after its worldwide launches complete. And the events will feature the release of new Pokémon, he noted.

Along with events, Hanke confirmed that player versus player battles will arrive in the future, too.

“I have 10 year old son – he’s my Pokémon expert, we play together – he wants to battle his friends in Pokémon Go,” Hanke admitted. “Battling is something we talk a lot about. It’s probably something that will make its way onto our roadmap.”

Hanke also said the company has talked about trading, and just announced the launch of “buddy Pokémon” which lets you show off your favorite Pokémon on your avatar and collect candy while walking around.

The CEO declined to offer any indication of when these upcoming features would occur, of course. 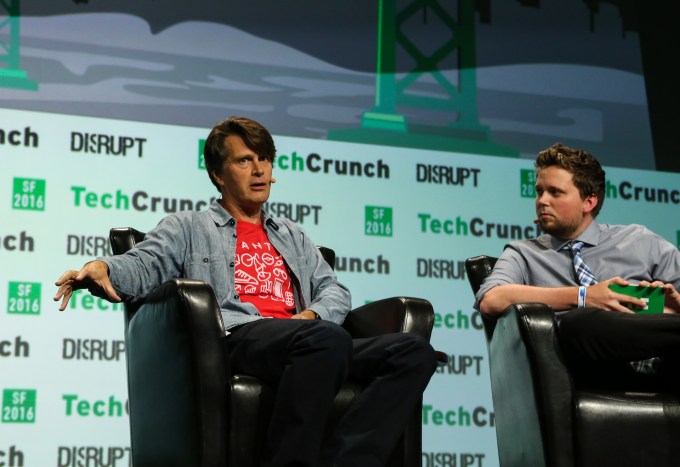 However, when asked about his longer term vision for the game, Hanke said that now the minimum viable product is out in the market, it’s really just the “tip of an iceberg” in terms of where the team wants to take the game.

“I think it will change substantially over the years.”

The only hint as to what’s in store was a nod to Ingress. “If you want to predict the future, you can look at the past,” said Hanke.

“A lot of what we’re doing with Pokémon, we learned through three years of hard work with Ingress and building up that community around the world, maturing that technology, the social aspect of it, the group gameplay, and the events for Ingress are really the lifeblood of that game,” Hanke said. “I think you can expect to see things like that in Pokémon Go.”