Pokémon Go has achieved a number of records since its debut – the most downloaded app in its first week ever and the fastest to reach 50 million installs on Google Play, for example – but now you can add one more to the list: the fastest mobile game to reach $500 million in revenue. According to a new report from App Annie, Pokémon Go has now surpassed $500 million in worldwide customer spending across iOS and Android, and is on track to hit a billion in revenue by year-end.

The game reached the new milestone in just over 60 days, App Annie says. 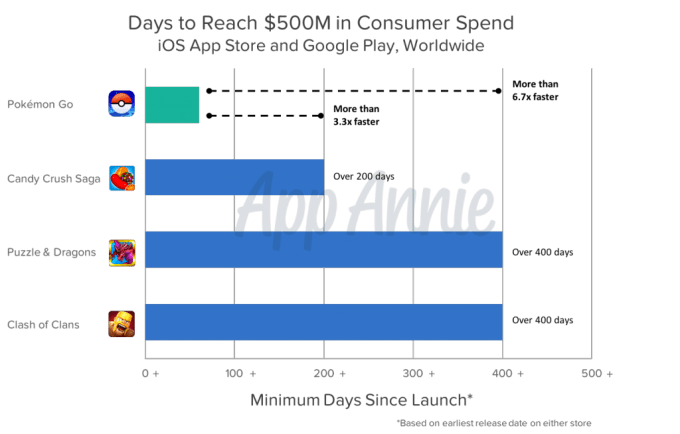 The news follows Niantic Labs’ announcement at yesterday’s Apple iPhone 7 event that the game had been downloaded over 500 million times worldwide since its debut, and trainers had walked over 4.6 billion kilometers while playing. It’s now arriving on the Apple Watch, and also likely played a huge role in Apple’s related announcement that its App Store had seen 106% year-over-year growth over the course of the last two months alone.

App Annie had previously reported in early August that Pokémon Go was on track to exceed $350 million in revenue to date, since its early July debut.

Only a short time later, and it has blown past that figure and then some.

For comparison’s sake, other top mobile games have taken much longer than a couple of months to hit the $500 million metric. Candy Crush Saga took over 200 days and Clash of Clans and Puzzle & Dragons took over 400 days to rake in that much money.

The report also pointed out that in-app revenue alone is not Pokémon Go’s only source of income The company is beginning to partner with brands for in-app exposure, too. For example, McDonald’s in Japan became the first sponsored location for the game, turning the restaurant’s 3,000 stores in the country into Pokémon Go gyms.

This month, Niantic announced a partnership with mobile operator SoftBank that will see the company’s 3,700 stores turned into Pokémon Go gyms or Pokéstops. 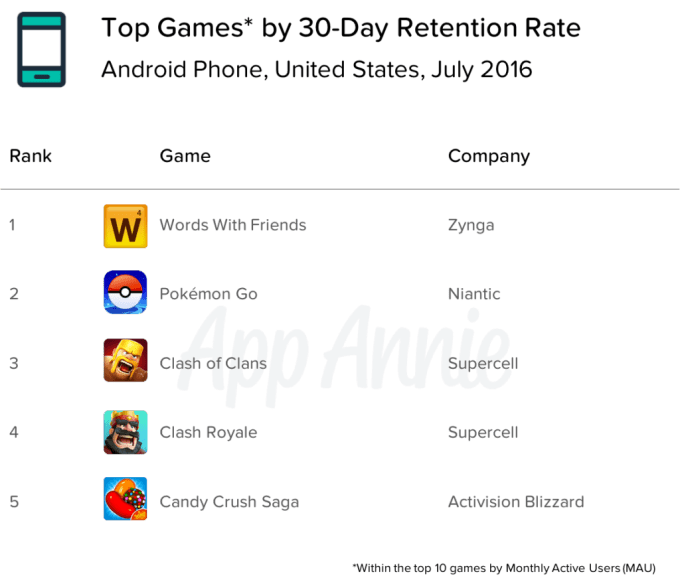 Meanwhile, Pokémon Go is still retaining its users, App Annie says. Though its 30-day retention rate has now slipped behind Words with Friends, it’s still ahead of Clash of Clans, Clash Royale, and Candy Crush Saga.

The firm also noted that the game still doesn’t seem to be stealing time from other apps, but is instead claiming more of users’ “non-mobile time.” 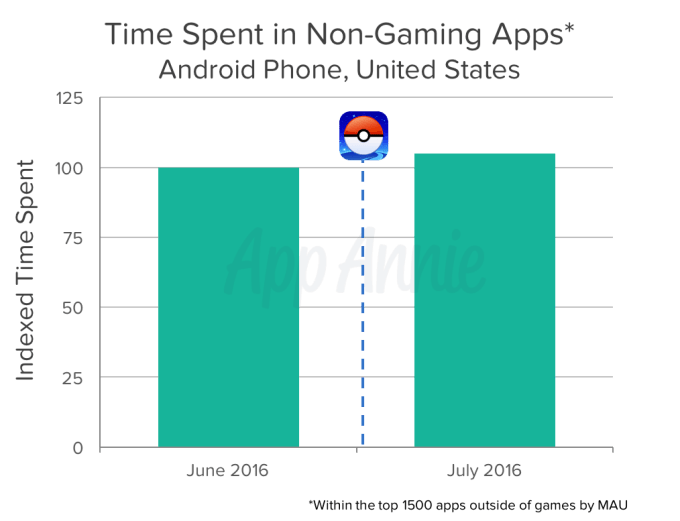