Apple today announced that the newest generation iPhone will do away with the ubiquitous headphone jack, apparently to make the phone waterproof and to make space for the haptic feedback engine for the home button. Obviously sad news if you just bought an expensive new pair of headphones, but the interface is used for a lot more than just pumping phat beats down your ear tunnels.

From filmmakers to concerned parents, there’s a rich ecosystem of “appcessories” that use the headphone port for two-way communication.

The hidden secrets of the Mini Jack

Removing the headphone jack from a phone is problematic; the most obvious reasons have been discussed to death — most succinctly summarized by Owen Williams over on Medium. TL;DR: Bluetooth is a pain, 3.5mm jacks just work.

The humble headphone jack socket has a tremendous advantage over Micro USB, USB-C, Apple’s 15-pin and Lightning adapter and the host of other connectors that have been used on cell phones over the years. It is there, no matter if you’re using Windows Phone, Android, BlackBerry or iOS. 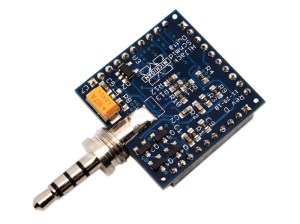 For next to no money, intrepid hackers can buy a development pack to start hacking with the headphone socket.

It also sports a surprisingly robust three-channel communication interface: One channel in (for the microphone) and two channels out (for the left and right stereo channel). What not a lot of people realize is that the headphone socket also supplies a tiny amount of power. Not a lot, but the microphone that’s embedded into your innocuous-looking earbuds does need a little bit of power, which can be harvested (pdf) to power, say, a microprocessor in an accessory.

Now take a world of hackers, tinkerers and creative technicians and give them a three-channel interface plus low voltage. What do you get? A rich ecosystem of fantastic little accessories.

Imagine for a fleeting moment that you are a third-party accessory manufacturer. Are you going to apply for an Made For iOS (MFi) license and pay a $4 royalty fee to Apple for every device you sell, and still need to develop a second version of your product for Android users? Or are you going to use the one socket that is available on all devices you are targeting? For large manufacturers creating millions of units of whatever product they are peddling, it doesn’t matter; they’re more than happy to design several different versions and they even begrudgingly pay the licensing fee to Apple. Smaller, independent companies don’t have that luxury.

Hell, it isn’t even just the small companies that have embraced the simplicity of having a single socket available on all smartphones out there. Square, the company that made it possible for thousands of small businesses to make charges by credit card, is still sending out free magstripe readers to get its customers onboarded onto its service quickly. 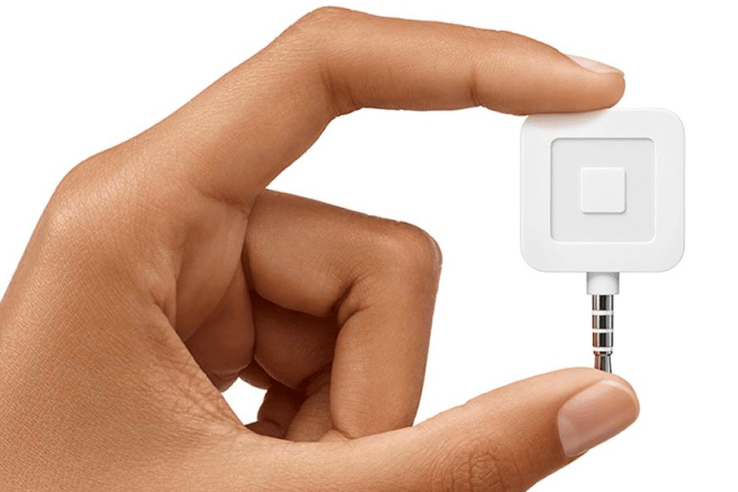 It isn’t like it is only tiny, no-name companies that’ve been using the headphone socket to augment app experiences. Square started the trend with its minuscule magstripe reader. The company points out that with Apple’s Lightning to headphone adapter, the magstripe reader will continue to work.

Apple is frequently highlighting how good its cameras are, most recently with yet another huge Shot on iPhone billboard campaign. It is no surprise, then, that filmmakers are embracing the platform for creating movies. 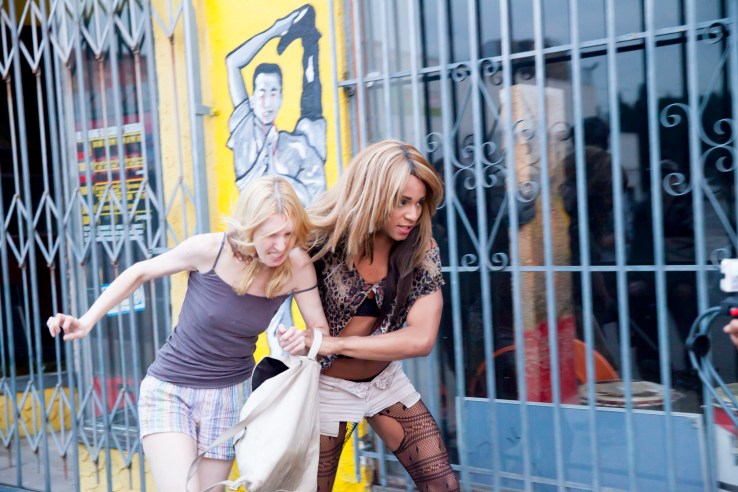 For filmmakers, it turns out that the camera on modern iPhones is plenty good for shooting  — at least one Hollywood film has been shot exclusively on iPhones. The cameras on the devices are undeniably great, but audio is another matter. For film, you can always use an external sound recorder. The increasingly popular live streaming is quite a different barrel of fish: you need an external microphone.

Products like MicW’s $200 iShotgun, RØDE’s $80 SmartLav and TASCAM’s $35 TM-ST1 all rely on the 3.5mm socket on your device, which means they can be used on all phones and most cameras. Of course, microphone companies have also created Lighting accessories for audio recording, but if a filmmaker is going to splurge $500 on a Sennheiser microphone, they’ll probably want a 3.5mm jack so it can be used with other cameras than just the iPhone.

Plugging fancier microphones into a microphone socket doesn’t seem very revolutionary? Okay, let’s take a look at some of the more exotic uses of the headphone socket.

Thermodo’s plugs into your phone to turn it into a thermometer.

The iPhone has a lot of sensors built in, but temperature isn’t one of them, so there are a few companies that have created external thermometers. Thermodo’s solution is a perfect example. It started its life with a $330,000 Kickstarter campaign, creating a spectacularly elegant little device for measuring how close you’re going to get to freezing to death on your camping trip.

“I understand why Apple is doing this,” says Thermodo’s CEO and founder, Willi Wu, commenting about how a lack of headphone sockets is going to be problematic. “It’s too bad the consumer gets stuck in the middle. They won’t be able to use their existing headphones and accessories like Thermodo. Apple has now removed the only open standard port available, forcing companies to use their proprietary and royalty based Lightning connector. It would be impossible to make Thermodo as small as it is using the Lightning connector.”

More advanced measuring devices are available, too, including HMB’s eSmogMeter that measures electric fields. There are even fully functional oscilloscope and multimeter appcessories that plug into the headphone socket.

Bevel turns your smartphone into a powerful 3D scanner.

With Bevel, you can use your phone to make 3D scans of the real world. iBlazr brightens your smartphone photos. WeatherPoint claims to be the world’s smallest weather station. FloJack adds NFC reading to your iPhone. Lumu helps your phone pose as a light meter. Pluggy Lock uses the headphone socket to tether your phone semi-securely in place. MyLED adds a Blink(1)-like LED to your phone to enable new types of notifications. The FDA-approved Kinsa’s smart thermometer measures your body temperature. Yuan Yang, a researcher at the University of Berkeley demoed a device that can help practitioners of Chinese Medicine diagnose their patients (pdf).

There’s a tremendously broad array of app-empowered accessories out there that have one thing in common: connecting apps to the outside world via a headphone socket.

Pour one out for the independents 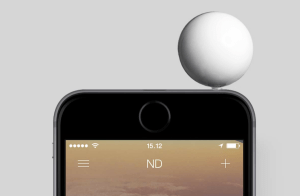 Lumu’s accessory and app turn your iPhone into a light meter.

I understand how, from Apple’s point of view, locking down its ecosystem even harder than it has been before, the company can make more money. It might even make the argument that building a higher walled garden equals higher security and reliability for its customers. In the process, the company has left behind the crazy ones, the misfits, the rebels and the troublemakers.

The point is that by removing the headphone socket and effectively blocking things like Project HiJack, which with easy-to-buy $80 off-the-shelf development kits makes hardware and app hacking easy and accessible, Apple reaffirms that it is fond of rules. Especially its own. It continues to make it harder for indie companies to hack their way to a more interesting future, without having to go through Apple’s borderline draconian MFi approval process. Just curious and want to learn? You’re explicitly out of luck — in its MFi FAQ, Apple tells students and hobbyists that they’re not welcome.

Where Apple goes, other phone manufacturers follow. The tinkerers, hackers and startups of the world will carry the brunt of this decision and I, for one, will grieve the loss.