(The tweet above was instantly deleted. Even funnier, Apple has deleted all of the account’s tweets.)

It’s water resistant. It has new cameras. It has stereo speakers. And it’s available for pre-order in a few moments, available to buy in stores on September 16.

Update: Apple officially unveiled the iPhone 7 and iPhone 7 Plus 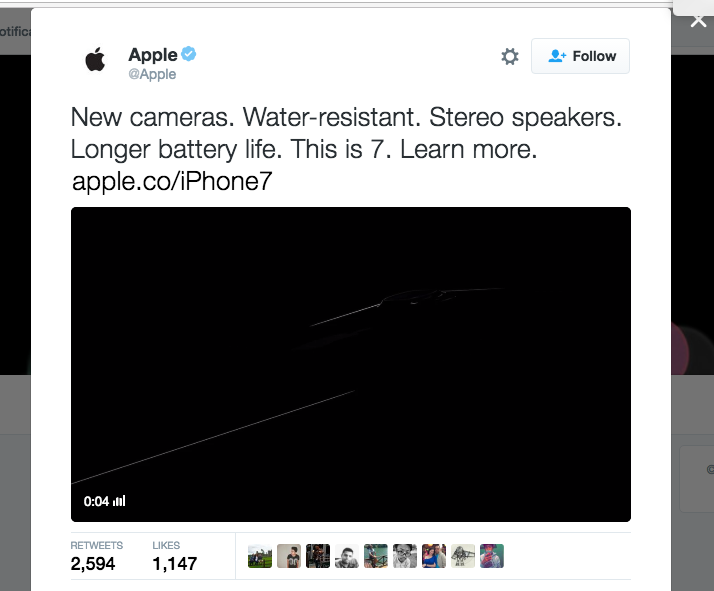 It’s worth noting that Apple is one of the most tight-lipped CE company in the world. The fact that they accidentally leaked one of the biggest announcements of the year is quite surprising.

Of course, we’re in the middle of Apple’s press event, and the official info about the iPhone 7 and iPhone 7 Plus will be announced in minutes. From what we can glean from the tweets, there aren’t any major surprises about the next-gen iPhone, save for the matter of Apple accidentally leaking it.

Update: We know more now. Here is everything you need to know about the iPhone 7.