You know you screwed up if Apple is about to one-up you on social.

Facebook hasn’t upgraded its video editor in well over three years. Lagging far behind Snapchat, YouTube and even Instagram, it’s a stretch to even call the featureless artifact a video editor.

All you can do with an uploaded video is trim the ends and toggle the sound on or off. That’s a glaring failure considering Mark Zuckerberg wants “video at the heart of all our apps and services.”

And now, Apple is plotting to seize the opportunity Facebook has left vacant. Bloomberg reports Apple is building a lightweight mobile video editor designed for one-minute, one-handed use.

That’s exactly what Facebook should have built years ago. 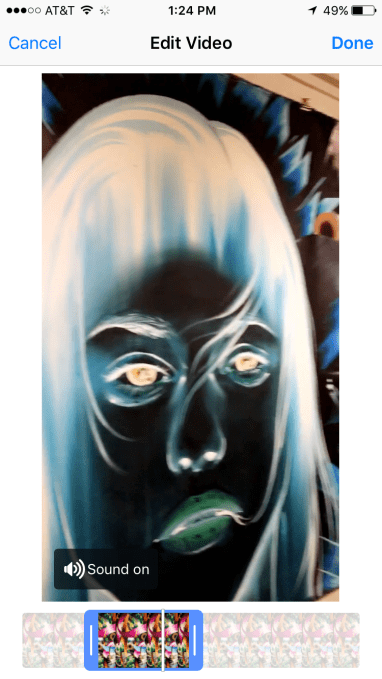 Since late 2013, Facebook has poured resources into improving video consumption while neglecting how users record and share. It launched auto-play video in the feed, prompting an explosion in viewership. Better analytics taught creators what works. Those advances took it from hardly any video views to 1 billion per day in September 2014, to 8 billion in November 2015, to likely many more today.

It’s not like Facebook couldn’t build an editor. It developed the video sharing app Poke in 12 days, launched Slingshot, which offered solid video editing and has watched its acquisition Instagram build a modern video editor. Meanwhile, Facebook Live has become the company darling. After launching last August, it’s already added filters and is working on a drawing tool.

Perhaps the closest thing Facebook has to a video editor is its Moments photo-sharing app’s automatic slideshow movie maker. It stitches your photos and videos together with themed transitions and music to create a more interesting mini-film. It’s supposed to be rolling out to the main app, but I don’t see it and it still lacks most basic editing tools.

So here we are, three years after I wrote that “right now Facebook’s video creation tool is painfully outdated,” and nothing has changed. That’s shameful for a company that claims to “move fast.”

What should Facebook’s video uploader be able to do? At the very least, it should let you:

That would at least bring it up to 2014 standards. To be considered passable in the modern age, it should also let you: 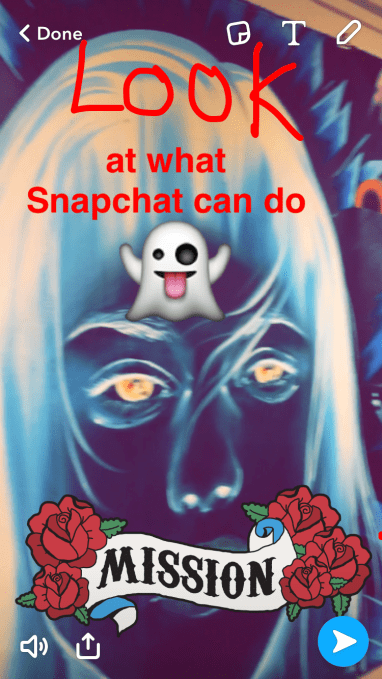 And if Facebook wanted to actually get its shit together, it’d create a best-in-class video recorder and uploader with some of these features that let you:

Plus, I’m sure Facebook’s team could come up with some cool other features. These wouldn’t have to overcomplicate the video uploader. They could be tucked in an editing options drawer so people who just want to add a clip, filter the color, slap some text on and post it could do that without getting confused.

Facebook needs a way to reverse the trend of declining original content sharing, which The Information reports was down 15 percent year over year as of February. Yet it’s not giving people the tools they need to create unique, compelling content. Instead, big publishers with their professional editing teams are filling the feed with social-optimized video that looks pretty but feels generic and impersonal.

At least Facebook’s app has started to integrate its acquisition of animated selfie maker MSQRD into a new camerafeed design. But that focuses on enhancing clips shot in the app, not editing existing clips. 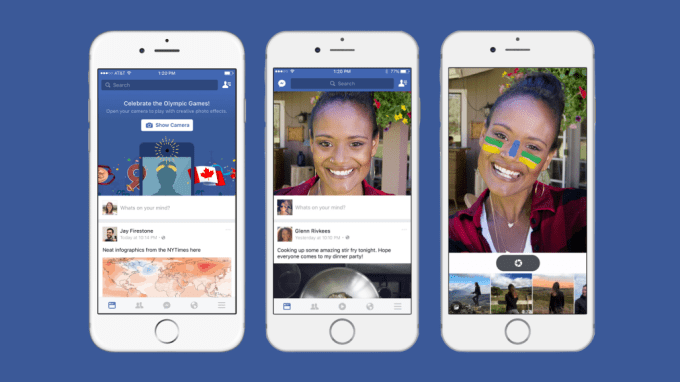 If Facebook doesn’t make a move, Apple and others will, and those videos won’t necessarily end up on Facebook. Building a great editor gives Facebook leverage to choose whether those videos should just live on its social network, be downloadable or even be easily shared to other apps.

I’ve been blogging about Facebook for six years. For the last half of that, I’ve secretly hoped that every time the company wanted to brief me, it’d show off some slick new video editing interface. But I’ve been disappointed time and time again, and saddened by the missed chance to empower 1.71 billion people to become creators.