Earlier this year, a company called Silk Labs, co-founded by former Mozilla CTO Andreas Gal, unveiled its plans to address the smart home market with a hub called “Sense,” which interoperates with a home’s connected devices, while also automatically adapting to its owners’ patterns and behavior over time. The device was crowdfunded via a Kickstarter campaign, as a means of getting the developer community interested in building for the Sense software platform. Today, Silk Labs announced it’s abandoning its plans to sell its own hardware, and is focusing only on the software.

It will immediately refund the Kickstarter backers who initially pledged to support the device and trial the hardware.

Of course, if the device had sold extremely well, it would be harder for Silk Labs to make this decision. But according to the company’s Kickstarter page, 774 backers pledged $164,885 toward the project — a decent enough, but not outstanding showing.

And since its February debut, the battle for the smart home has heated up. Amazon expanded its popular Echo line of Alexa-powered speakers, which have smart-home capabilities, to include new models like Dot and Tap. Plus, Google announced at last month’s I/O conference its own plans to make a play for the connected home with its Google Home device.

It’s unclear, then, if there would be significant consumer demand for this more independent effort, no matter how clever it may be.

What differentiated Sense from these more mainstream efforts, including more traditional home security cameras, was its intelligence. It could learn to recognize the people it sees, and it knew the difference between you and your pets. Unlike a Dropcam, for example, which just records what’s happening, Sense would be able to tell you — more specifically — if your home is actually safe. It would know when strangers entered, or if unusual motions or sounds were recorded.

It could also learn your patterns — like which lights you switch off when you leave, or your temperature preference, then adjust these things automatically.

Meanwhile, thanks to the team’s Mozilla background (members worked on the Firefox OS), there was a focus on user privacy — data processing took place on the device, not the cloud, and data was encrypted. 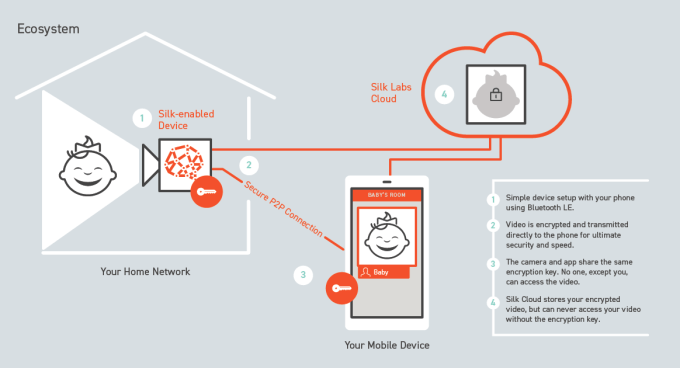 However, Sense was meant to act like more of a demo of the underlying software, the Silk platform. Its goal was to whet developers’ appetites and generate interest from hardware makers and OEMs who would license the technology for use in their own products.

Today, that’s the direction the company has decided to pursue. In an announcement, Gal writes that the company has seen “so much commercial interest in the Silk platform” that it realized it needed to switch gears and focus solely on those opportunities, rather than completing its hardware device.

“We intended for Sense to be the first device that could run our Silk software platform and let people experience a more intelligent and personal device for the home… We were hoping that our success with Sense would encourage hardware manufacturers and brands to incorporate our platform in their mass market devices,” says Gal.

“Our timing was perfect: Early adopters signed up via Kickstarter and hardware companies expressed interest, but everything happened much faster than we ever hoped for. Therefore, we’ve decided to skip the early adopter phase and focus on the large-scale commercial opportunities that we have ahead of us.”

The company isn’t announcing the names of those potential commercial partners today, but it was talking with a few OEMs before the campaign who are interested in adding their own Amazon Echo-like functionality to their devices. 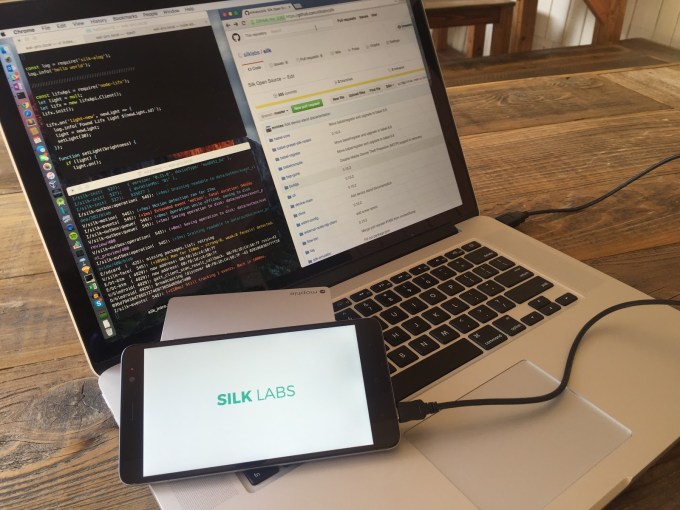 In addition, the team is open sourcing its platform today so developers can use Silk as they choose, and it’s making a port of Silk to off-the-shelf hardware (smartphones) available. This allows developers to experiment with Silk sooner than promised — now, not the end of the year.

Kickstarter backers are being refunded, and they will have the opportunity to apply for a Xiaomi RedMi Note 3 smartphone with the Silk software pre-installed. The first 100 will be able to apply $100 of their pledge toward a Xiaomi RedMi Note 3 device that comes with Silk preloaded, and will receive a refund for the rest of the pledge amount.