With the emerging ecosystem of connected devices – often dubbed the “Internet of Things” – consumers are rightly worried about the security and privacy implications associated with always-on hardware in their homes that listen, watch, observe and then store data in the cloud. Today, a company called Silk Labs, co-founded by former Mozilla CTO Andreas Gal, is launching a device that aims to address those concerns with its smart home sensor dubbed “Sense” that interoperates with your home’s connected devices, and automatically adapts to your needs over time by learning from your behavior and patterns.

At launch, Sense, now live on Kickstarter, will function as something of a digital brain for the connected home, in order to do things like turn on or off the lights, adjust the music or thermostat, and more. But what’s different about how this device operates, versus other smart home hubs on the market today, is that it acts on your behalf by developing an understanding of the people in the home, and their specific needs. 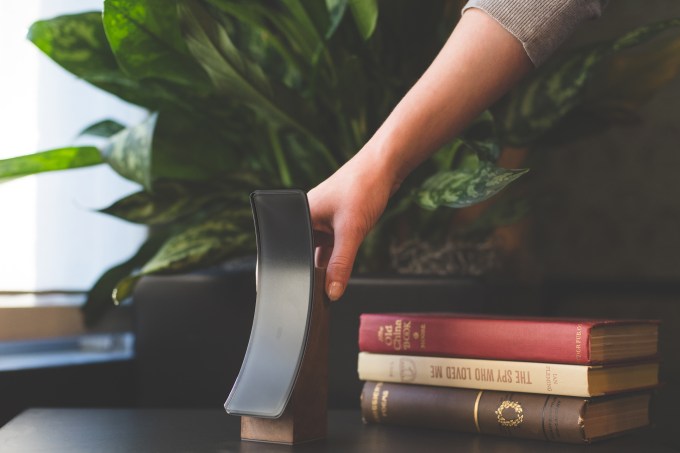 To some extent, these interactions will be programmed explicitly via a companion app, but the bigger idea is to have Sense observe its users’ behavior then act accordingly.

For example, it can use facial recognition to identify who’s entering the house, then turn on the lights for you, set the thermostat to your desired temperature, and even start playing your favorite tracks on your Sonos speaker system.

By understanding who it’s looking at, Sense can also better detect when to alert you when something is wrong. Unlike security cameras that automatically record whenever there’s movement in the frame, requiring users to review footage that was merely of their cat toying with the living room curtains, Sense will be able to tell when there’s truly a concern warranting an alert. 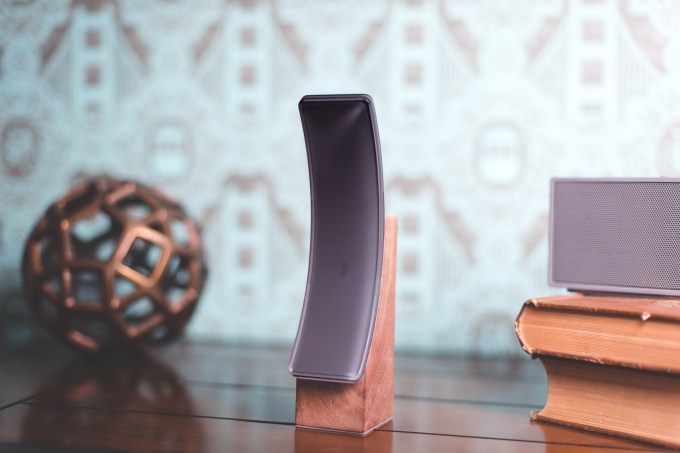 Out of the box, Sense will work with smart home devices including lights from Philips Hue and LIFX, thermostats like Nest, and Sonos, with more integrations to come. The device uses computer vision for facial recognition and Bluetooth LE for proximity. Users, meanwhile, can interact with Sense through voice, gestures, and its app.

The hardware itself is not what’s interesting about Sense, however.

Effectively, explains CEO Andreas Gal, the company has just packaged existing smartphone technology into a new housing – in Sense’s case, a wooden stand with a sliding piece of curved glass on the front that hides Sense’s always-on camera.

Gal, along with an ex-Mozilla team who previously developed the Firefox OS for smartphones, is instead focused on Sense’s software.

A Developer Platform, Not Just A Device

The team’s co-founders include Chris Jones and Michael Vines, and others on the team have worked at Qualcomm, Kyocera, GE, Microsoft, Yahoo, HTC, and elsewhere.

The device itself is more of demonstration of that software’s potential – the longer-term goal is to license it to other hardware makers and OEMs for use in their own products. 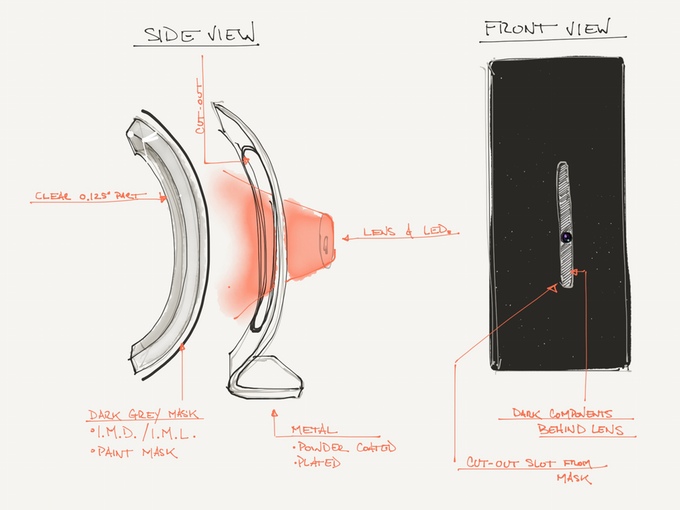 “I think that the ‘internet of things’ space is in a similar space as phones were some 15 years ago,” he explains. “The hardware part is done – thousands of companies can build the hardware. It’s the software that’s complex. We want to build an intelligent device.”

A Dropcam, for example, can detect motion but it doesn’t actually understand what’s happening. People, on the other hand, just want to know if their house is safe. Dropcam alone can’t tell you that.

Sense, however, can. The device doesn’t just record, it recognizes things.

It knows the different people in the home, trained through a process where the app will ask you, over time, ‘who is this?’ while sending photos of those it sees. It also can tell the difference between a person and a pet. And it can recognize your patterns – when you leave, which lights are switched off; it will know who is home and when; it knows when strangers arrive, etc. 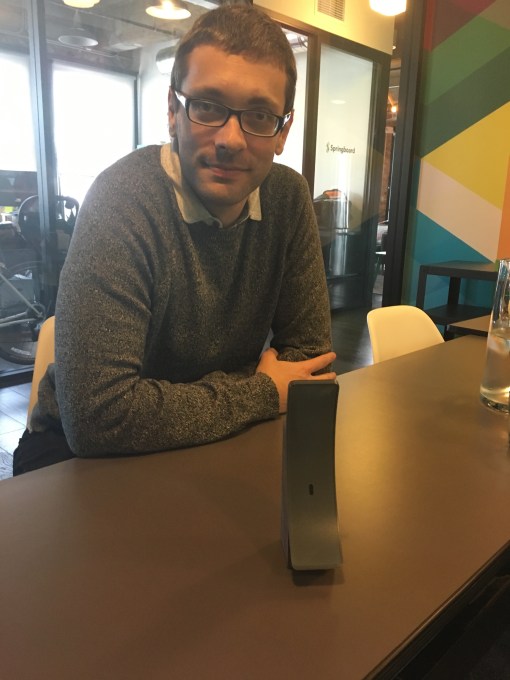 Most importantly, perhaps, is how it stores this information. All the machine learning, computation and data processing takes place on the device itself – not the cloud. The results of that processing – for instance, a video clip of an intruder – is sent to the cloud service in an encrypted format. The keys to decrypt the content are only on the device, meaning even if Sense’s servers were hacked, the attacker wouldn’t gain access to your personal data.

“In the Internet of Things’ world, data is just generated and flows out of your home,” Gal says. “We’re trying to change that.” His team wants to build a version of the IOT world where consumers have a much better understanding of what happens to their data.

The device is launching an awareness campaign on Kickstarter today, where early birds can pre-order Sense for $225 – basically, at cost. It will ship later this year.