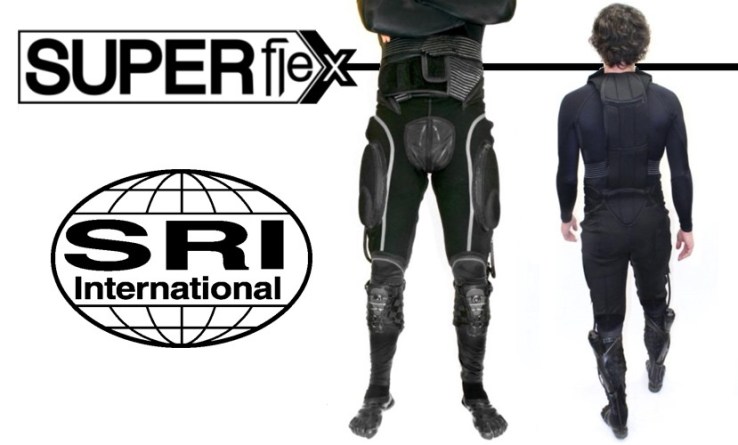 Nonprofit research organization SRI International is spinning off part of its robotics division into a new company called Superflex. It won’t be focusing not on industrial robots or the like, but rather robotic augmentations for people — mainly to help the disabled take on everyday tasks, not $6 Million Dollar Man stuff.

Rich Mahoney (a Crunch Network contributor, by the way) will head up the new company. He’s been with SRI since 2008, but has worked in assistive robotics for much longer.

“There’s a lot of interest in this area, a lot of expectations, of robotics and wearable robotics,” said Mahoney in a phone interview with TechCrunch. “SRI is a critical part of the innovation process, but you can’t create a product without engaging with the market and responding to real customers.” 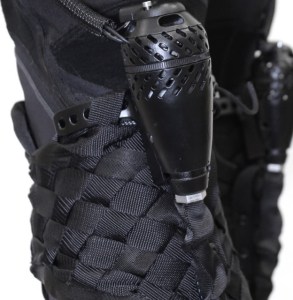 Superflex is actually the name of the company’s prototype, a full-body suit filled with soft muscle-like actuators that detect your movements and give them a boost. But the suit, which has been in development for several years now, isn’t about jumping over buildings or punching through walls. Instead, that little boost is intended to be the difference that lets someone in physical therapy walk normally, or prevents a soldier getting lumbar problems from carrying 50 pounds on her back all day.

All the same, I asked whether, given the DNA from DARPA’s Warrior Web project, there were plans at any point for creating a suit that helps people surpass human capabilities — you know, a super-suit.

“There’s opportunity to create products that will enhance performance, maybe like for extreme sports kinds of scenarios, but there are just so many people that don’t have good options for living a normal life, in terms of their mobility and the ways they can engage with the world,” Mahoney said. “There’s a preference for us to really do something worthwhile with this technology.”

Manish Kothari, head of SRI Ventures, made an astute observation on that point as well.

“You know,” he said,”if you could get my 99-year-old grandfather to wear a piece of clothing that no one can see and it is actually helping him walk without a walker, that’s essentially Superman-type activity.” As someone with a 99-year-old grandmother suffering from mobility problems myself, that struck me as a poignant and salient sentiment.

As Mahoney wrote in December, the cost of robotics is going down, but not so much that you can 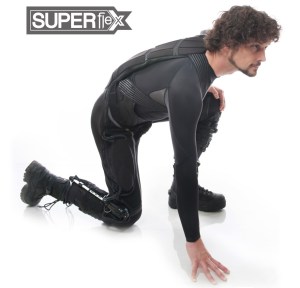 build a bleeding-edge exosuit from scratch for pocket change. Still, Superflex and several related projects owe their existence to DARPA initiatives to create smaller, more efficient, and cheaper parts and systems. So while the company does have seed funding lined up, much of the hard work has been done at SRI over the last few years.

Kothari emphasized the ripeness of this product in particular for commercialization.

“From a venture point of view, one thing I noticed was that the costs have been brought down and the functionality has been brought up,” Kothari said. “We’re really, in robotics, at that focal point where it’s more about usability, reliability, and maintainability. That’s really the right time to switch from an R&D type model to a commercialization model.”

SRI is a familiar name in the R&D world — check out the company’s list of projects if you want to lose half an hour — but perhaps its most widely known product is Siri (yes, that Siri), which it spun off in 2007. It hasn’t stopped working on AI and language, and it won’t stop working on robotics, either.

Superflex is just one of a number of programs SRI is working on. Another project emerging from the company’s DARPA work is PROXI, a humanoid robot — “It started out with hands… and then we were trying to do a lower cost arm… and ultimately we built a whole humanoid,” summarized Mahoney. And other, less headline-hogging ideas are there: microfactories, purpose-built stuff for industries, more efficient motors, and so on.

Expect to hear more from and about Superflex as it flexes its newfound independence and works up a more formal commercial offering later this year.