On the heels of a $75 million investment from Accel, Chinese drone king DJI is putting some of its funding to use by making some investments of its own. The company this week announced that it would be taking a stake in Hasselblad, a camera maker from Sweden that focuses (!) on high quality equipment, often used in more challenging environments. This is a minority stake and neither company disclosed the amount when contacted by TechCrunch. But it is large enough to give DJI a seat on Hasselblad’s board of directors.

The companies say that while they will continue to build their businesses independently of each other, the investment and partnership will also mean that they will be working on products together, with collaborations using DJI’s expertise in unmanned flying vehicles, and Hasselblad’s technical imaging know-how, specifically for the professional market. 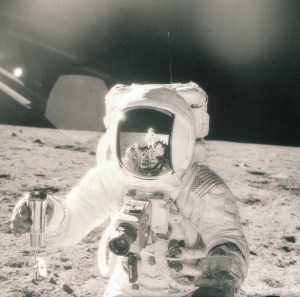 “We are honored to be partnering with DJI, the clear technology and market leader in its segment,” said Perry Oosting, Hasselblad’s CEO in a statement. “DJI and Hasselblad are equally enthusiastic about creativity and excellence, and we are looking forward to sharing technical expertise and paving the way for future innovations.”

“Hasselblad and DJI share a passion to provide creative people with cutting-edge, inventive technology to help them take visual storytelling to the next level,” said Frank Wang, DJI’s Founder and CEO in the statement. “With this partnership, we combine our strengths to further push the borders of what’s possible in imaging technology.”

This is an interesting investment for a couple of reasons. On the side of DJI, it’s a mark of the company’s ambitions to build out the image quality on its drones. DJI was an early mover in the area of drones that has taken a leadership position across consumer, industrial and high-end professional categories, and it’s already developed imaging technology as a part of that. But it is coming up against very strong competition at all levels — for example from Parrot in the consumer space, and compatriot Yuneec, which also raised a big round this year backed by Intel.

DJI making strategic investments in the wider ecosystem of components that (literally and figuratively) make the drone market fly may be a way of building the greater market, but it is also a way of locking in the more promising companies that work in the space into DJI’s own ecosystem in a more direct way, above that of its competitors.

This is not the only stake that DJI — which is projected to make $1 billion in sales in 2015 — will take in a third-party business, but it is the first to be made public. “No other investments for us to announce for the time being,” a spokesperson told me.

To be clear, the Canonical partnership also announced this week, which will see a new Ubuntu computer called Manifold embedded on to DJI drones, “was purely a partnership based on technology,” with no financial stake, the spokesperson says.

But there will be more. The company partnered with its investor Accel in May to launch the SkyFund to make investments in unmanned aerial vehicle startups. It’s not clear that Hasselblad is part of the SkyFund portfolio — the fund and Accel get no mention in the official statement about the investment. So this is a signal of how DJI will make direct investments of its own, too.

On the part of Hasselblad, this is an interesting deal, in that it’s taking a very legacy player in the area of imaging and giving it a significant leg up into one of the more cutting-edge areas of photography.

It’s also a sign of the times that Hasselblad is evolving by partnering with a company from the new guard.

Perry Oosting, the company’s CEO, tells TechCrunch that this is the first and only time that the company has taken an outside investment since being founded in 1941: “No other investments or other strategic partnerships present,” he said in an emailed response.

The company is certainly iconic in its field: it was a Hasselblad camera that was used to take the first pictures on the Moon, and its equipment also been used in a number of other NASA space missions.