Facebook wants to see the relationship between its site and live TV content grow even more interconnected.

The idea of the “second screen,” where people engage with live TV events via companion social networking tools, seemed to be the talk of the town several years ago when marketing professionals were eyeing the seemingly limitless future of social media. Fast forward a bit and the environment has changed an awful lot. Twitter’s potential to fulfill that need has largely been compromised by its slow product growth and hardware companies like Apple have expanded the capabilities of the TV to fulfill second screen functions on the same smart screen without any need for mobile.

Despite these things, the media environment is still very much ripe for more tools to connect online activity with live broadcasted material.

“TV viewers are connecting on Facebook during their favorite broadcast programs. We highlighted one relevant study on our Facebook for Business blog which found that 85% of people who reported visiting a social network while watching TV said they visited Facebook,” Bob Morgan, a Partner Engineering Director at Facebook said in a company blog post. “Our own researchers discovered that Facebook usage peaks in primetime, in every country, and that the maximum daily Facebook audience occurs during maximum TV viewing.”

Today, the company showed off a number of tools and resources that they’ve been working with broadcast media partners on, including polling for live events and a number of new APIs that will allow partners to display specific Facebook content streams with much more ease. 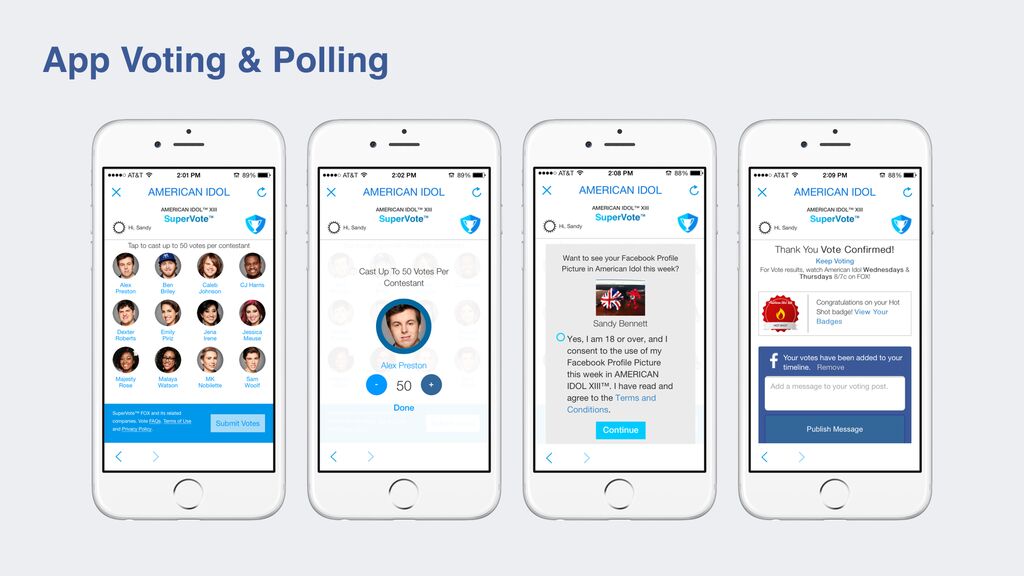 Facebook is rolling out a couple of new ways for viewers to make their opinions known on broadcasted content.

For contest and award shows, the company is introducing its Hashtag Voting API which will allow broadcasters the ability to gauge popular opinion quickly on their Facebook Pages. This feature was already tested out at the Teen Choice Awards where Facebook users were able to express their thoughts on who should win specific awards through voting embedded in specific Page posts or within comments sections on Facebook.

Similarly, FB is releasing another (unnamed) polling API to allow specific TV shows a manner of connecting with fans and getting to hear their thoughts on what’s going on. 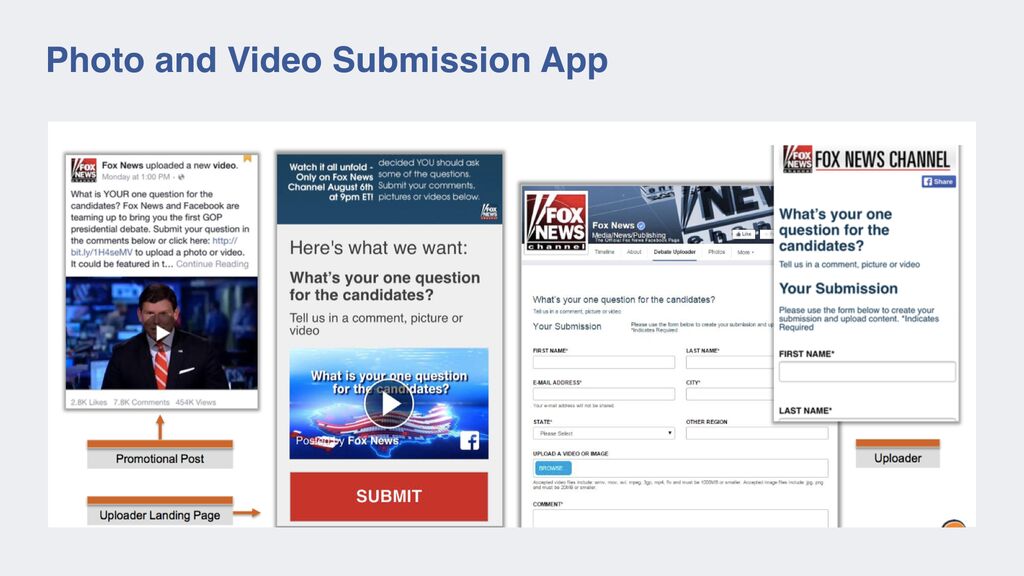 Facebook wants to make it as easy as possible for you to engage with broadcasters and, subsequently, they want to make it simple for the media to show off what you’re saying.

Facebook showed off an API powered by Telescope dedicated to allowing broadcasters a simple way to gather multimedia responses and contributions from their audience through uploader landing pages. This is great for events like presidential debates, which broadcasters have been thirsty to add as much social media integration as possible. 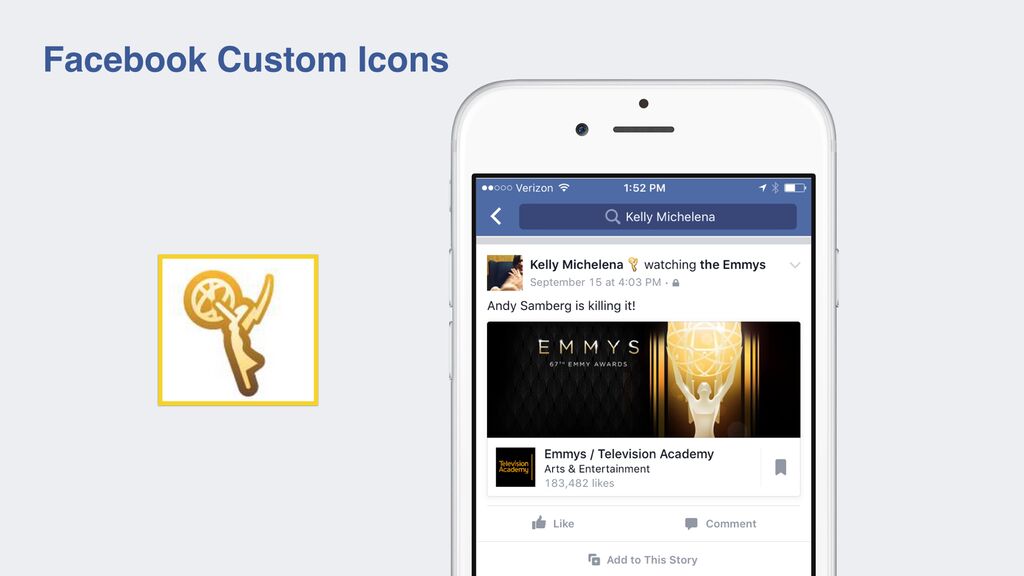 Facebook will also be giving live TV events their own icons to distinguish related content and offer some cool visual cohesion to the conversation happening around a specific event like the Emmys.

A lot of what Facebook showed off today mirror recent efforts by Twitter to enter the live events space. Twitter has been testing polling capabilities for a couple of weeks now and custom emojis have been a thing on the site for a while.

As we wait for Twitter’s upcoming Moments (or Lightning) feature to drop, we’re also left to reflect on just how much more effective Facebook has been at working with specific partners to deliver more tailored experiences, whether that’s to journalists through Signal, public figures through Mentions or broadcasters through this latest release.

It’s clear that live TV is still a major frontier for Internet powerhouses in terms of being where the news is; it’s also clear that many of these players still don’t seem to fully understand where the best places for integration should take place. Facebook is showing off some slick new efforts today, we’ll just have to wait and see what comes next and how effectively broadcasters learn to implement them.