500 Startups is continuing its quest to cover Asia after the U.S.-headquartered VC company launched a $30 million microfund for Japan.

The firm first moved into Asia in 2013 with its $10 million ‘500 Durians’ fund for Southeast Asia. That recently got a $5 million to-up, while 500 Startups also has a $10 million ‘500 Tuktuks’ fund for Thailand, a $20 million fund for India, a post-accelerator program in Malaysia and it is close to opening a fund in Vietnam. That’s in addition to other funds across the world, and the firm’s newest global fund, which just closed at $85 million last week.

The firm formerly had a joint venture in Japan, which has the world’s third largest economy but less than $1.5 billion in startup investments per year, and a fund was an obvious gap.

500 Startups has made  over 15 investments in Japan — including translation service Gengo and ticketing company Peatix — to date, but the dedicated fund will be solely focused on startups in the East Asia country so expect that number that rise sharply.

The ‘500 Startups Japan’ fund will be led by James Riney, who is joining the firm from games firm DeNA’s VC arm, and an as yet unnamed second partner who is finishing up their current job before moving over. 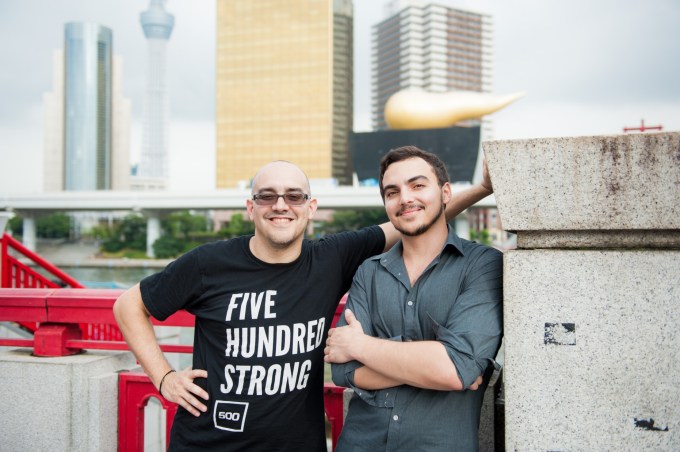 Riney told TechCrunch that, like other 500 Startups funds, Japan will be split 50-50 between early stage investments and follow-on funding opportunities up to Series A. The company will co-invest in deals and cut $100,000-$500,000 checks, Riney said, although it may go to $1 million in some cases. As for areas of interest: he said the fund is vertical agnostic but biotech, Saas, SMB, virtual and healthcare are some areas he’d like to explore.

I’d be expecting the fund to be called ‘500 Samurai,’ ‘500 Sashimi,’ or similar, but Riney — who speaks fluent Japanese — said that an informal poll he conducted showed that a more conservative name would be better, and not offensive, to Japanese.

Regardless of the name, Riney — who previously worked for J.P. Morgan and has spent 15 years in Japan, including much of his childhood — believes that the 500 Startups brand and international connections offer a genuine opportunity to make a difference in Japan’s technology scene.

“There’s a huge difference in funding between the U.S and Japan,” he said. “There really isn’t a lot of money for entrepreneurs to get their business off the ground here, and Japanese investors really tend to be risk averse.”

Riney, who founded Storys.jp — a Medium-like service for Japan — before becoming a VC with DeNA, believes that combining the best of East and West can unlock “real opportunity” for 500 Startups.

“We are the best know Silicon Valley VC to launch in Japan,” he added. “The startup ecosystem [in Japan] is a black box, we want to bring more visibility and expertise.”

Riney, who had begun to make investments outside of Japan with DeNA, said that the opportunity to have greater autonomy and work with 500 Startups’ international team were among his primary motivations for making the switch. His job is just starting, however, since the $30 million fund isn’t fully secured yet — that’s something that he and his partner are working on now. Riney said most LPs in the fund are based in Japan, however there has been interest from overseas too.

“Foreign investors are interested [in Japan]. Many want to get involved but have no idea what to do, 500 Startups is a globally recognized brand that can help there,” he added.