Everyone wants to be free and standalone. Remember when Facebook Messenger got its own site that maybe people use but we’re not sure because they don’t talk about it?

Google Hangouts wanted some of that action, too. Starting today you can go to http://hangouts.google.com to make a phone call or ping a friend: 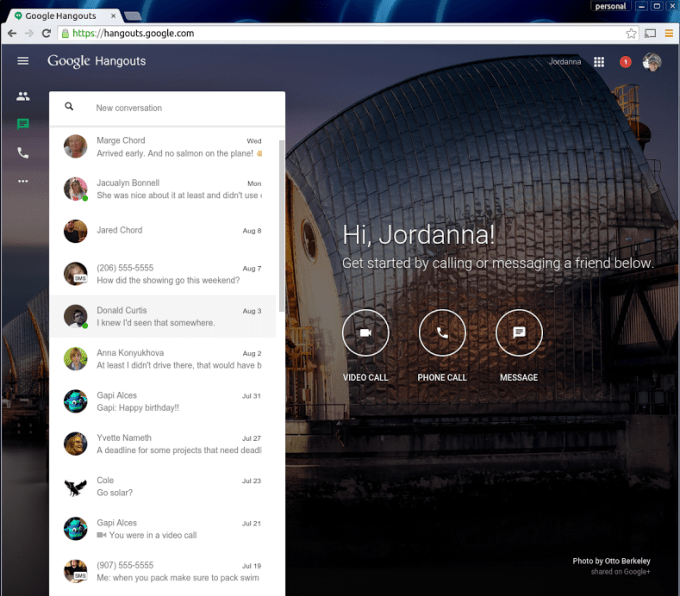 Interestingly enough, the product hasn’t broken away from the Google domain yet. It doesn’t even own Hangouts.com. Domain names aren’t a strong suit of Google.

Yes, this is also part of the breaking away that Google+ services are going through, joining the Photos product in all of its “standalone” glory. I use Hangouts in Gmail on the desktop, but I might switch over. Having a big old call button is actually kind of handy.

This is also, of course, a massive branding exercise for Google. It wants to build powerful brands to compete with other micro-products coming out of Facebook, Microsoft and Snapchat. Google has Photos and Hangouts, Facebook has Instagram and Messenger and Snapchat is coming on strong with Stories.