Founders, assemble! There’s a new fund from a familiar face in Southeast Asia. Singapore-based Golden Gate Ventures just announced its second, $50 million fund to support startups in the region and international companies looking to move there.

The firm, which was founded in 2012 by a trio of U.S. entrepreneurs, has closed an initial $35 million chunk of the fund from a range of prominent investors which include Singaporean government fund Temasek, Monitor Capital Partners in Europe, Facebook co-founder Eduardo Saverin, and Naver, the Korean company behind messaging app Line.

Founding partner Vinnie Lauria, an American who settled in Singapore in 2011 after being impressed by the country during a stint traveling the world, told TechCrunch that the fund will be split into two to cover early-stage seed investments — the same focus as the first fund — and Series A follow-on deals, too.

Lauria explained the rationale behind moving into Series A deals is twofold: to increase its commitment in portfolio companies that grow with promise, and to provide a vehicle for investing in startups that the firm didn’t move on at the seed-round stage.

The focus for the new fund will be much the same as before, Lauria confirmed, with particular emphasis on startups operating in the e-commerce, payments and marketplace spaces.

“We’re almost vertical-agnostic,” Lauria — who exited U.S. forum startup Lefora in 2010 — told TechCrunch in an interview. “We’re into Internet-related services that have a consumer feel to them, but tend to stay away from pure enterprise plays.” 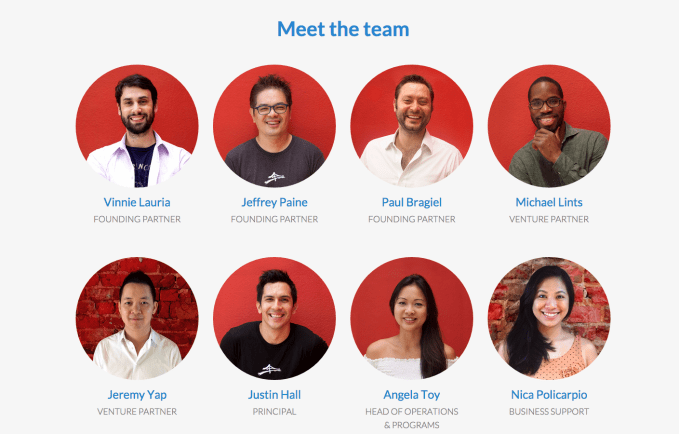 Large tech companies outside of Southeast Asia are stepping into the region’s startup space as LPs for new funds — Yahoo Japan, for example, invested in Monk’s Hill Ventures’ fund last month — and that trend continues with Golden Gate Ventures.

Eduardo Saverin, famous for co-founding Facebook with Mark Zuckerberg, has been resident in Singapore since renouncing his U.S. citizenship in 2012. Saverin keeps a low profile, but he has increased his investment in startups in Southeast Asia, including deals for Nitrous.IO, property portal 99.co, Redmart and media firm Tech In Asia. Given that he has done deals with Golden Gate Ventures in the past, his inclusion as an LP makes plenty of sense.

Securing Naver, the multi-billion-dollar firm behind chat app Line, is less expected. Line has 205 million monthly active users and is expected to go public this year. Southeast Asia is a key geography for its business, it already made a breakthrough in Thailand where it counts more active users than Facebook. Lauria said that, by becoming an LP in the fund, Naver hopes to gain access to deal flow for potential M&A activity and partnerships — while also providing strategic benefits to the VC firm.

“Naver is a strategic partner for us for two reasons. One, Line messenger is hugely popular around the region and can help our portfolio companies. And, secondly, as a large pan-Asia corporation, Naver gets insights into earlier stage companies which could yield later stage growth investments,” he added.

Now at eight staff — more than double its initial headcount — Golden Gate Ventures is understandably bullish about the direction that Southeast Asia’s startup ecosystem is headed. Off the back of a report from Compass last week, which found the region to be one of the fastest-growing in the world, it released its own research which, the firm argued, shows things are just getting started.

The ‘Bamboo Report,’ pulled together by Golden Gate Ventures’ team with analysis from Delhi School of Economics and Queen’s University, drew parallels between the current state of investment in Southeast Asia and that of China in 2004 and India circa 2011. 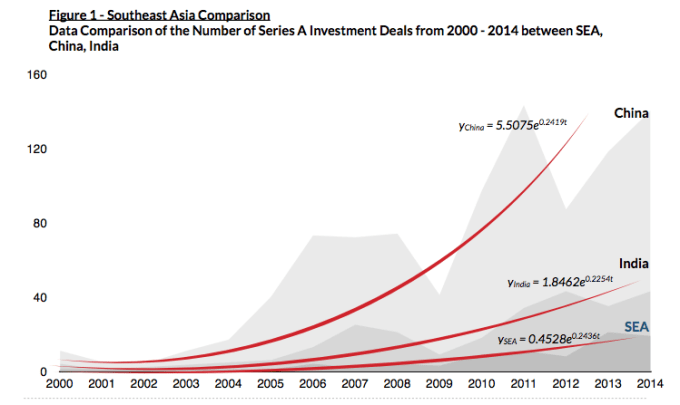 Lauria admitted that Singapore, which remains the hub for venture capital in Southeast Asia, and the region isn’t going to reach the same scale as these billion population counties, but he believes the findings will give investors reason to devote serious attention to Southeast Asia.

“The report shows that we’re in the very early days of a growth curve in Southeast Asia, while China is literally slowing down right now. There is still a lot of opportunity, particularly for any investor looking at China with questions right now,” Lauria said.

Lauria added more via a statement in the firm’s press release:

If you’re looking to invest in Asia, China’s not only overpriced, but it’s starting to cool down. Earlier this month the Chinese Securities Regulatory Commission went so far as to put a moratorium on tech IPOs, an action that has since stunted as many as 28 IPOs. Meanwhile Southeast Asia has explosive growth in development and investment at much lower valuations — it’s like going back in time and getting in on the ground floor of China’s tech scene.

It isn’t just sheer investment cash, though, Lauria added. The startup scene itself and the players within it are maturing, too. He said he believes that the increased experience of current entrepreneurs, such as Roger Egan, CEO of Redmart (yes, a Golden Gate Ventures company), who have now spent three or four years running companies, means there’s more of the kind of insight that will help new founders and startups develop.

“People building on the shoulders of others makes Silicon Valley so strong,” Lauria agued. “You see this in China right now, but we’re still a few years away from that in Southeast Asia.”

Golden Gate Venture’s new fund is expected to cover around 20 deals over the next three years. To date, the firm has invested in over 25 startups across seven countries.