Facebook wants its ads to sell you stuff directly so you never have to click away to another app or site. Until now, Facebook was testing a Buy Button that does that with just a few selected test merchants, but now its opening it up to more retailers on Shopify‘s ecommerce platform.

That’s a big step towards the Buy Button becoming available to everyone, which could boost sale conversion rates for sellers, speed up purchasing for shopping, and keep Facebook’s users bouncing around inside its walled garden. The Buy Button could also help Facebook compete for ecommerce ad dollars with Pinterest, which just launched its own Buyable Pins that also allows in-line transactions, and Google, which plans to offer something similar within its ads. The Buy Button can show up in Facebook Page Posts and Promoted Post ads run by Shopify merchants, so they can either share them organically or pay for more reach. Rather than clicking through to the retailer’s website, this call-to-action button at the bottom of the post initiates a checkout in-line within the News Feed. Shoppers can then buy instantly if they have payment details on file with Facebook, or enter them to complete the purchase and go back to Facebooking.

The social network tells me “The test will help us understand how the feature can drive sales for a wider variety of merchants.” Facebook wants to learn about what kinds of products like fashion, electronics, or crafts work best, and if there are any leaky parts of the purchase funnel. Shopify merchants will be able to track Facebook sales alongside analytics on the rest of their performance. 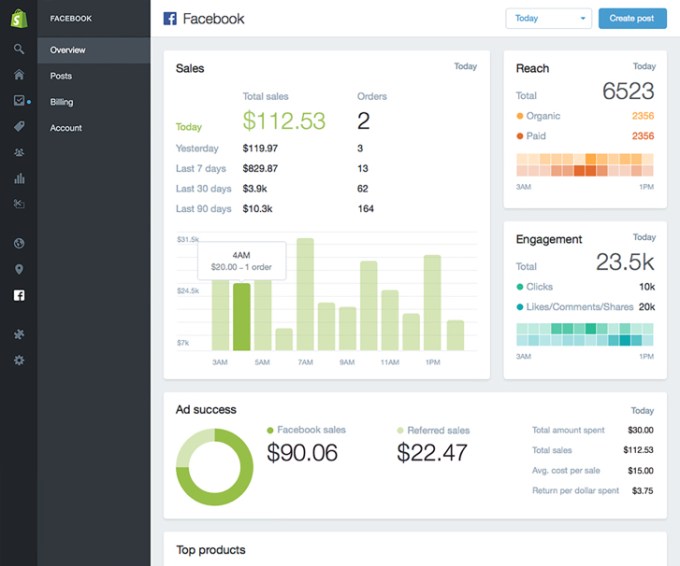 Testing with Shopify is convenient because it gives Facebook a standardized ecommerce backend to build the Buy Button on top of, rather than immediately having to accommodate a variety of ecommerce platforms. Facebook did something similar when testing its payment detail auto-fill feature with all the merchants on another ecommerce canvas, Ecwid. 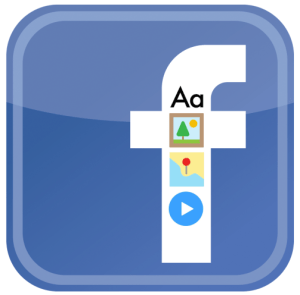 Facebook’s waffled several times on how it wants to do ecommerce. At first it ran its Gifts store where you could by products straight from Facebook and send them to friends. But Gifts flopped and was shut down. Then it wanted to help auto-fill your payment details when you checked out in third-party mobile apps. But now it seems to have settled on a combination: outside retailers selling within Facebook.

It’s all part of Facebook’s quest to absorb the Internet. Facebook’s in-line video player, Instant Articles, Messenger apps and games, Nearby Places, and more features each drive the same strategy: don’t let users leave. Rather than watching on YouTube, reading on news sites, gaming in other apps, going to Yelp, or clicking through to shop elsewhere, Facebook hopes you’ll do everything on its properties where it can push its open and connected mission while showing you ads.