Facebook today announced a partnership with e-commerce site platform Ecwid to let its 450,000 merchants easily integrate Autofill With Facebook, a feature that lets customers pull in credit card, billing, and shipping info they’ve stored on Facebook. At its F8 developer conference, the social network also announced a test of an extension to Autofill that lets JackThreads customers to pull in promo codes if a user clicks through from a promo code-filled Facebook ad. 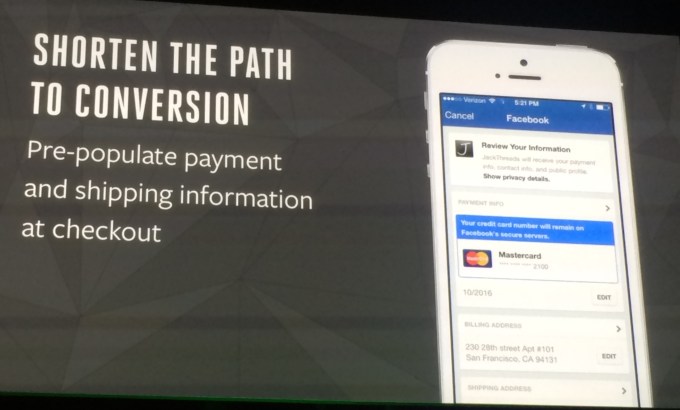 Facebook started testing the Autofill API in August with JackThreads, a clothes shopping app. In September it announced it was  partnering with PayPal, Braintree (now part of PayPal), and Stripe to integrate Autofill with their payment processing backends. Rather than a competitor, Autofill was framed as a personal data layer on top.

Today’s rollout to Ecwid’s partners will get a ton more developers testing Autofill. Ecwid’s e-commerce site builder supports 450,000 merchants in 175 countries and it the top store-builder app on Facebook. Its mobile-response sites lets developers quickly build a single interface that can be used by customers across the web and mobile.

I asked Facebook during the F8 e-commerce session’s Q&A exactly how the integration works. Facebook’s Mary Ku told me “Ecwid is a platform. They provide a suite of tools…you can turn on and off. What we’ve done with Ecwid is integrate Autofill With Facebook so their customers can easily enable Autofill on their sites.” So along with other widgets, Ecwid merchants will be able to instantly turn on Autofill.

Ku also described how the new Autofill promo code feature works with JackThreads. Many Facebook advertisers include promo codes in their ad copy in hopes of enticing users to click through and make a purchase for offering them a discount. But on mobile where you only see one screen at a time, copying and pasting that promo code is a pain. You might forget to copy it before you tap through. The new Autofill feature recognizes when you’ve clicked an ad with a promo code, and auto-populates it in the promo code field during check out. For now, it’s being tested with Facebook, but if it’s popular Facebook might make it available to other e-commerce developers. 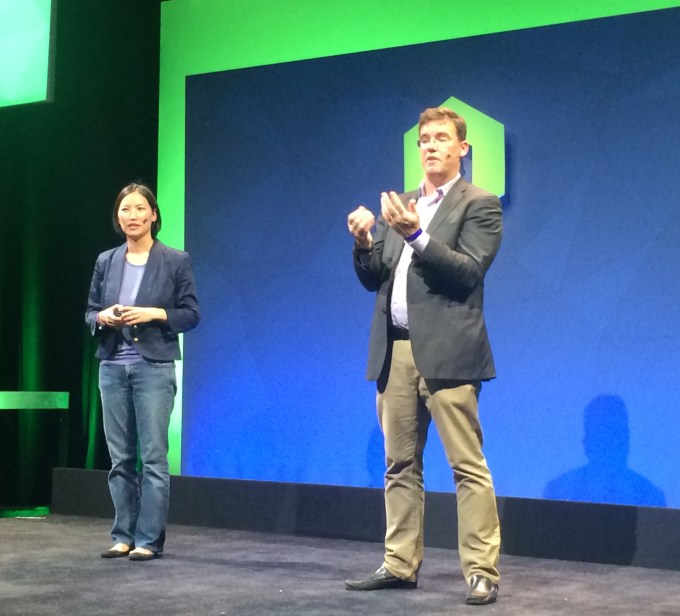 Since the debut of Autofill, Facebook said it wouldn’t charge a fee for its use. Instead, the strategy is to use its status as a layer to gather data on what Facebook users buy and from where. Facebook can match this data to its ads data to see if a paid promotion in the News Feed eventually led to e-commerce sales. If Facebook can prove its mobile app install ads, engagment ads, and other marketing tools lead directly to increased sales, it could get more e-commerce advertisers buying them.

Now, Facebook will start collecting purchase data from Ecwid sites so it can start to demonstrate the ROI of its ads. E-commerce is all about earning more money than your spending, and Autofill will make that equation much easier to solve.