At its Build developer conference, Microsoft today announced the launch of Visual Studio Code, a lightweight cross-platform code editor for writing modern web and cloud applications that will run on OS X, Linux and Windows. The application is still officially in preview, but you can now download it here.

This marks the first time that Microsoft offers developers a true cross-platform code editor. The full Visual Studio is still Windows-only, but today’s announcement shows the company’s commitment to supporting other platforms. 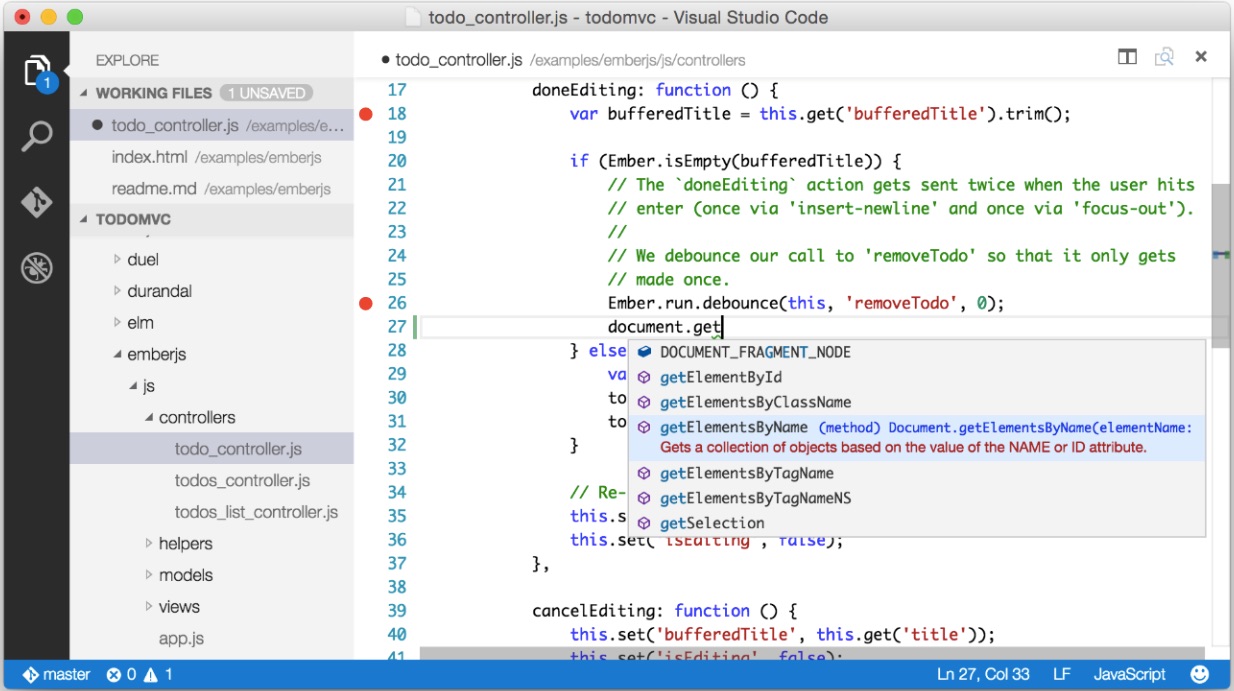 “A lot of people use Windows as their development environment, but we are also seeing a lot of people on Linux and Mac,” S. ‘Soma’ Somasegar, Microsoft’s corporate VP of its developer division, told me earlier this week. “Instead of making them go to Windows, we want to meet them where they are.” Developers on these platforms are also often perfectly happy with using a regular code editor like Sublime Text instead of a full IDE like Visual Studio.

Visual Studio Code offers developers built-in support for multiple languages and as Microsoft noted in today’s Build keynote, the editor will feature rich code assistance and navigation for all of these languages. JavaScript, TypeScript, Node.js and ASP.NET 5 developers will also get a set of additional tools. 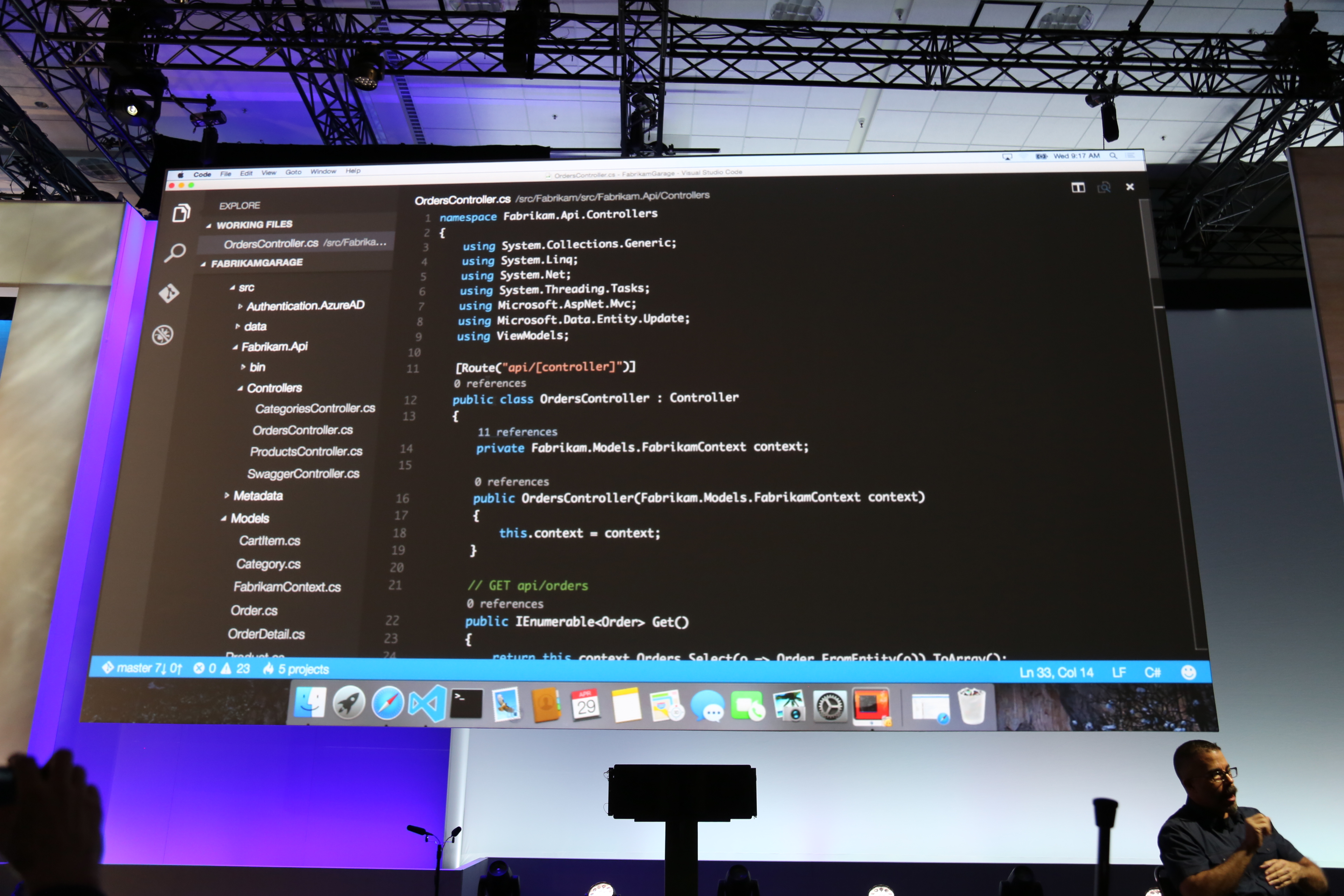 The editor features all of the standard tools you would expect from a modern code editor, including syntax highlighting, customizable keyboard bindings, bracket matching and snippets. Somasegar tells me it also works with Git out of the box and

Some of these language features are also available to other editors. Not too long ago, Microsoft launched a TypeScript plug-in for Sublime Text, for example, and Somasegar tells me the company is committed to launching similar projects in the future (it’s all about meeting developers where they are, after all).

Today’s announcement will surely come as a surprise to many. It does, however, fit in well with the direction the company’s developer group has been on for quite a while now, be that the open sourcing of .NET Core (and taking that platform cross-platform) or the launch of the free Visual Studio Community edition.

Only a few years ago, today’s announcement would have come as a shock. Now, it’s more of a nice surprise. 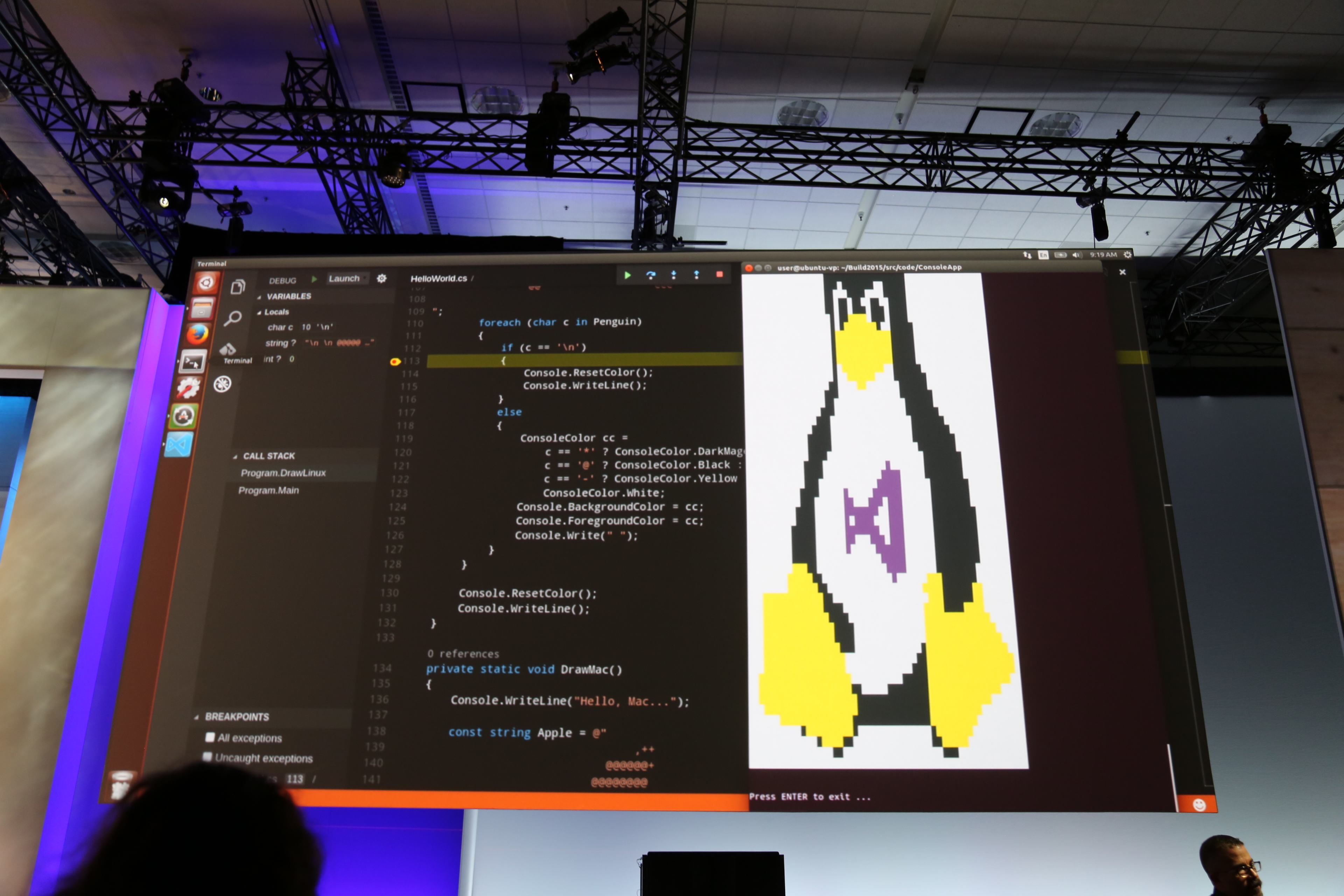