Mesosphere‘s mission to build a container-centric service that allows developers to treat a data center with all of its various servers as a single entity is starting to come to fruition. Today, the company launched a public beta of its Datacenter Operating System (DCOS) on Microsoft Azure and Amazon’s AWS cloud. That’s a major step forward for the company, which was built around the open-source Apache Mesos technology.

Using the DCOS, developers can easily run Linux applications like Hadoop, Cassandra, Jenkins or Google’s Kubernetes container management service on a cluster and the DCOS can then automatically provision the necessary resources to scale them up and down according to demand. Using the Mesos approach, the data center essentially becomes a single pool of shared resources for these applications.

Twitter, Yelp and Netflix are already using Mesos today — and Apple now also runs the Siri backend on it. 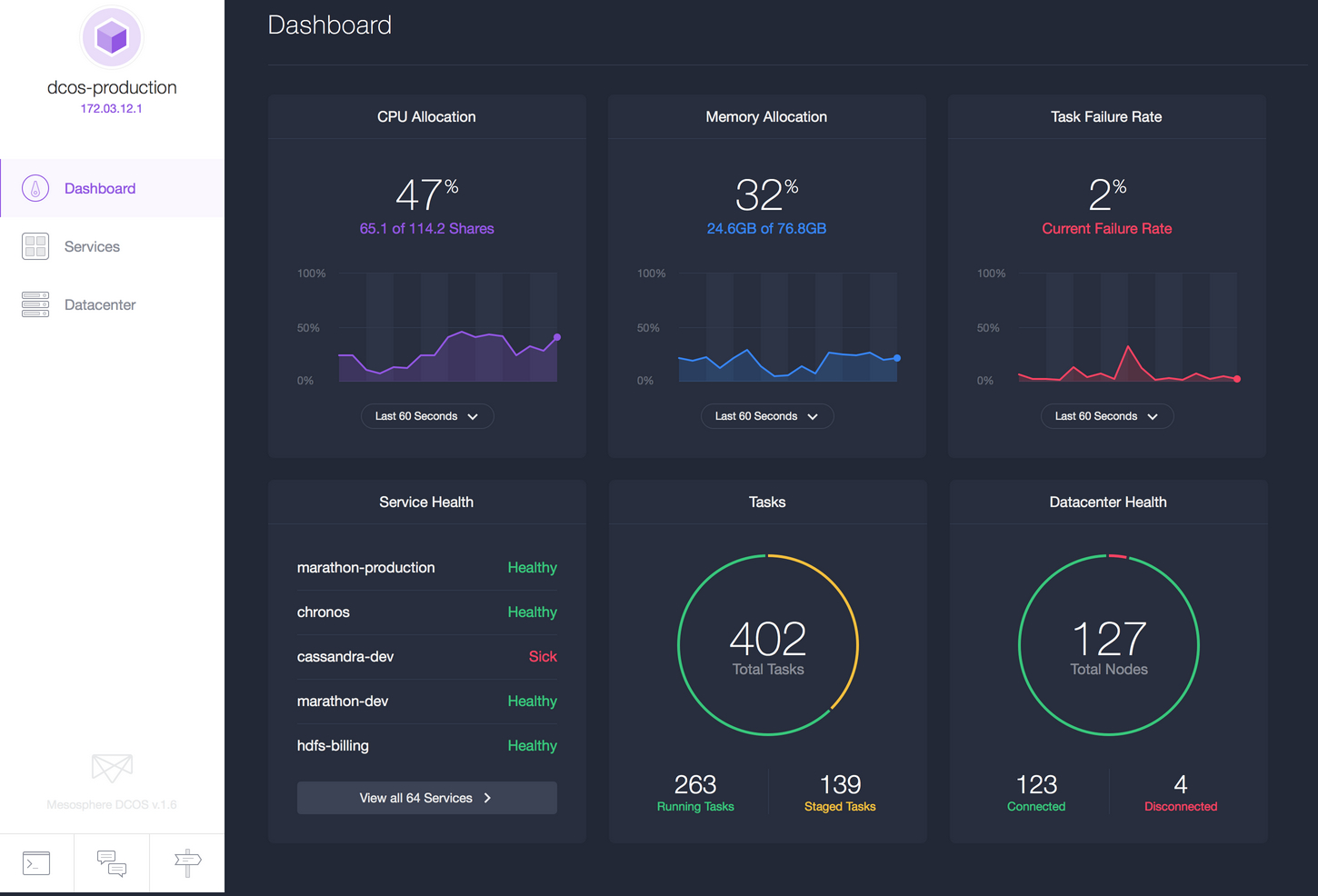 At Microsoft’s Build developer conference today, Azure CTO Mark Russinovich demonstrated how developers can use Mesosphere to launch a cluster on Azure. He quickly started a cluster with 200 nodes and then launched 2,000 Docker containers on that. While Azure ran a bit of a custom demo today, AWS developers will get exactly the same functionality on their platform, too.

If you’re somewhat confused about why Mesosphere now talks about its product as DCOS instead of Mesosphere, you’re probably not alone. The company tells me that until the end of last year, it mostly talked about the Mesos “stack” and all of the services it built around that.

It wasn’t until late last year that it started packaging all of these into the DCOS and started giving a few select developers early access to it. Now, all developers can sign up for access to the public beta here.