Twitter this week rolled out new features to its mobile developer platform, Fabric, aimed at expanding access to Twitter timelines from third-party applications. With an update to Twitter Kit, the platform component that lets developers authenticate users via Twitter and showcase tweet embeds within apps, developers are now also able to integrate Twitter timelines within their iOS or Android applications with just a few lines of code.

Previously, Twitter Kit only allowed for embedding tweets in mobile apps and styling them to match up with the app’s theme. But with support for Twitter timelines, app developers are able to show entire timelines in their app with minimal effort. This includes the ability to show a user timeline – that is, a timeline from a single Twitter account – as well as search timelines. This latter option allows an app developer to display search results based on key terms that are relevant to the app experience, explains Twitter.

As with tweet embeds, the timelines can be customized to blend in with the app’s theme by adjusting the background colors and even the color of the text itself. 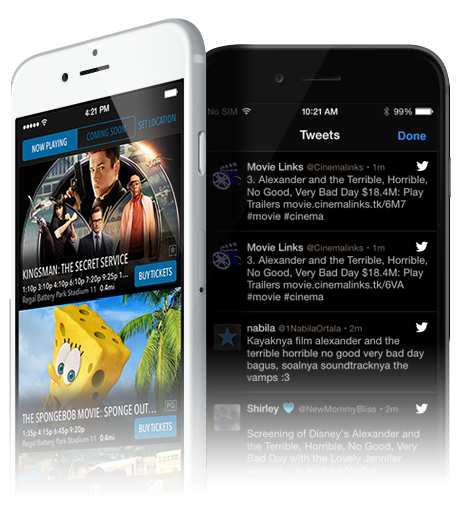 While these updates are aimed at developers, they’re a part of Twitter’s larger agenda to more deeply integrate its service on mobile devices by way of third-party apps.

With Fabric, the idea is that Twitter gains the ability to reach more users than it could by way of its own native applications alone – like Twitter, Vine and Periscope. Instead, mobile consumers would end up accessing and using Twitter by way of other apps – even if they never established an account on Twitter.com itself.

Some features in Fabric, like Twitter Kit or the Crashlytics bug detection and crash reporting solution, are designed to make developers’ lives a little easier. But they co-exist alongside other features that impact Twitter’s bottom line, like MoPub, which lets developers introduce ads into their apps with just a few clicks. (And Twitter gets a cut of that revenue).

Of course, for Fabric to be successful, Twitter has to convince developers its worthwhile, and that’s something that Twitter may struggle with. The company has a history of alienating its developer community, shutting off access to its API and feature set over the years, and killing a number of businesses along the way. Most recently, it pulled the rug out from under former Twitter firehose partner DataSift, whose social data platform has now fallen victim to Twitter’s decision to move into the space where it operates.

The fallout from moves like these is that developers today can sometimes view Twitter as a capricious platform provider whose offerings today could easily disappear tomorrow. That may have them seeking alternative ways to enhance their apps with social features, or put them off from using any of the other options Twitter Fabric provides.