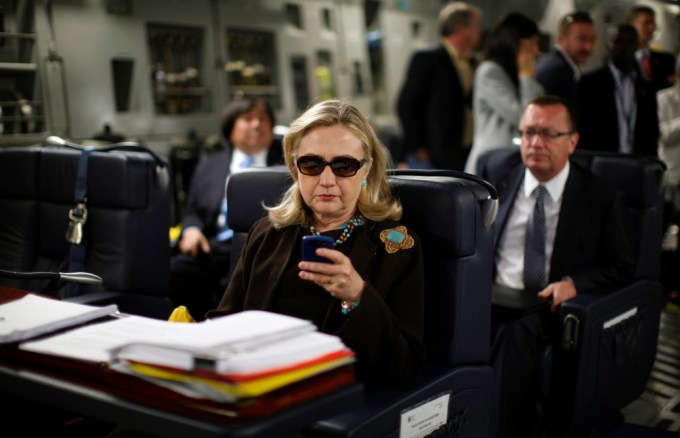 It’s official – Hillary Clinton is running for president. Clinton announced her bid for the 2016 U.S. presidential race on Twitter this afternoon, ending years of conjecture over what many assumed was a sure thing.

The tweet was sent after an email from Clinton aide John Podesta went out to supporters of Clinton from the 2008 campaign, “spoiling” what political reporters had been expecting since Thursday: 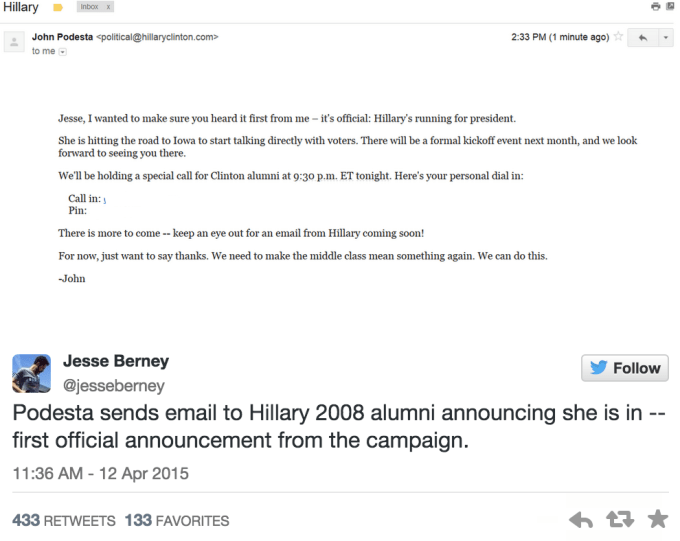 This isn’t the first time Clinton’s been tripped up by email. Early last month, it came out that she had used a personal email server during her time at the State Department, rather than using a government account. While the wave of hot takes during that news cycle made it seem like it could become a real controversy for her then-theoretical presidential bid, the issue has left headlines of late.

In addition to her tweet, Clinton’s team has already launched the official campaign site, which includes a bio page that gives us a look at the experience Clinton will emphasize as the election cycle ramps up.

One piece of, shall we say, “constructive criticism” that’s come out of today’s announcement: people do not seem to be into the campaign’s logo:

Hillary's logo has a big red arrow pointing towards the right, at the candidate's name: Weird design choice.

Of course, it didn’t take long for one of the downsides to launching a campaign in the social media age to become harshly apparent. Minutes after the email to past supporters went out, an anti-Hillary hashtag took Twitter by storm: