The Federal Aviation Administration (FAA) will officially announce its proposed rules for small drones (or UAS — unmanned aerial systems — as the agency likes to call them) on Sunday. However, as Forbes first reported earlier this weekend, a document (first discovered by Steve Zeets) leaked out ahead of the announcement that now gives us a pretty good idea of what these rules will look like.

Update: the FAA has now officially announced its proposed rules.

The proposed rules, which apply to drones that weigh less than 55 pounds, will restrict commercial drone operators to flights during daylight hours and to heights under 500 feet. Pilots will have to a visual line of sight with the drone (or work with an observer who does so). They will also have to pass a knowledge test and drones will have to be registered (for a fee) with the FAA.

The proposed rules, which apply to drones that weigh less than 55 pounds, will restrict commercial drone operators to flights during daylight hours and to heights under 500 feet. Pilots will have to maintain a visual line of sight with the drone (or work with an observer who does so). They will also have to pass a knowledge test and drones will have to be registered (for a fee) with the FAA.

There is no acceptable technological substitute for direct human vision in small UAS operations at this time. FAA

For the most part, the rules will still be strict, but more lax than many feared. While the rules open up a number of worthwhile use cases for commercial rules, though, the one rule that most prospective commercial drone pilots will probably not like is that the FAA will only allow line-of-sight flights.

While the FAA considered rules that would allow for using onboard cameras to see and avoid other planes and obstacles, the agency determined that “there is no acceptable technological substitute for direct human vision in small UAS operations at this time.” Because of this, night flights are out of the question under these rules.

Don’t expect the TacoCopter to launch anytime soon either. According to the leaked document, the rules will forbid any “external-load configurations” because of the additional risk associated with them. Besides tacos, that means commercial operators won’t be allowed to drop any packages in your yard either, but the line-of-sight rule pretty much puts a halt to those kind of uses anyway. 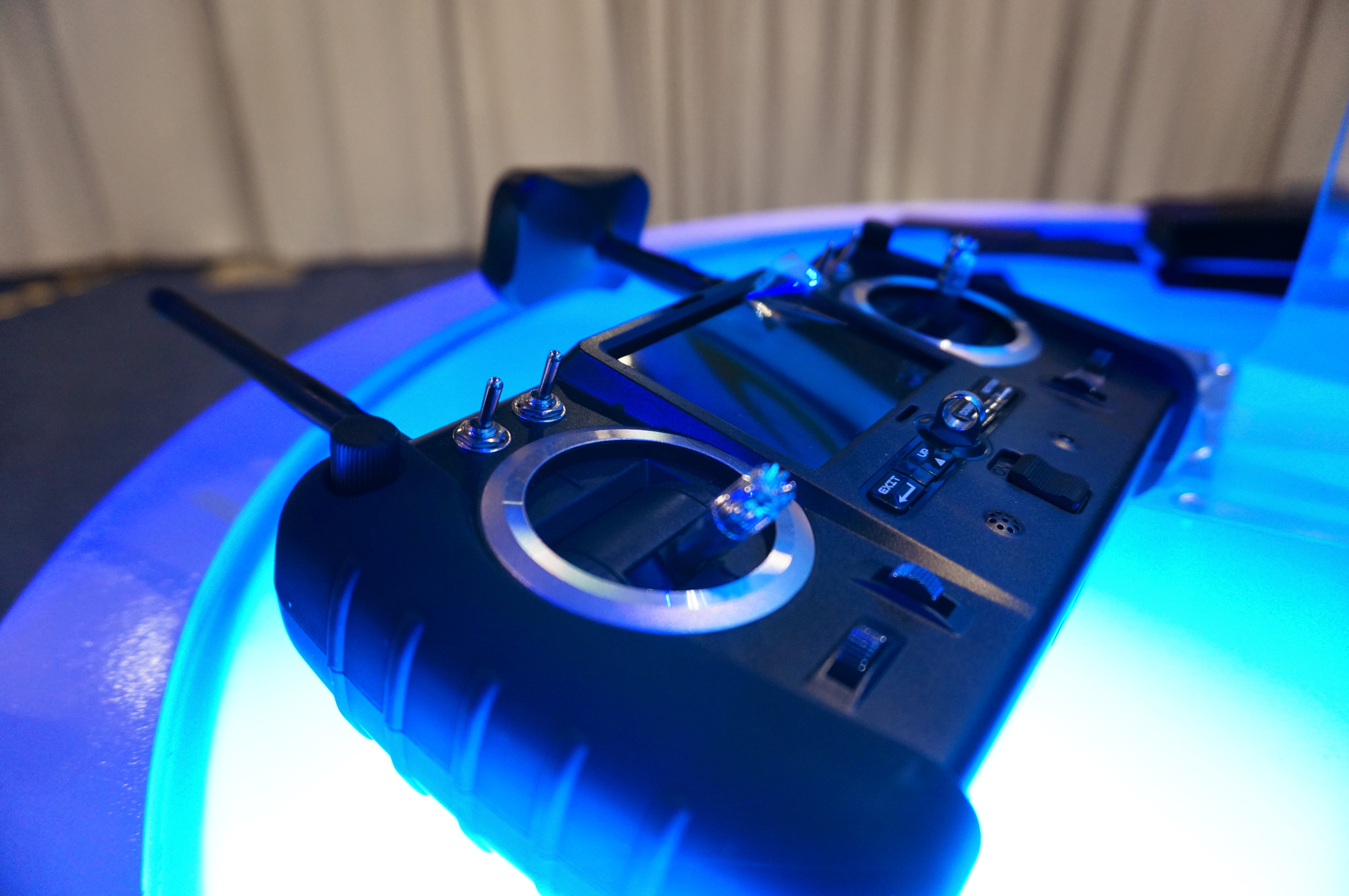 According to the document, which looks to be authentic, the FAA will require commercial drone pilots to take a written knowledge test at one of its existing knowledge test centers (that’s the same one private pilot applicants, for example, are taking their tests today). The FAA will not allow for online testing. The fee for the tests will be $150 and it will cover standard aviation topics like airspace regulations and classifications, the effects of weather on drones and emergency procedures. It will also focus on airport operations, radio communication procedures and crew resource management (which seems like a bit of overkill, given that this is mostly a topic of commercial jet pilots). Given last month’s drone incident at the White House, it doesn’t come as a surprise that the test will also cover the “physiological effects of drugs and alcohol.” Pilots will have to take a recurrent test in the third year after their initial test.

Much of what the FAA proposes for this test will look familiar to private pilots and indeed, the report notes that about 80% of the material for the drone test is covered by the Aeronautical Information Manual (AIM). The rest of the material can already by found in other Advisory Circulars and on the FAA’s website. The FAA does not expect that pilots will have to go to a flight school to learn the material. It doesn’t look like commercial drone pilots will have to pass a practical test.

Despite earlier rumors, it now looks like the FAA will not require drone pilots to get a standard commercial pilot certificate. Even the FAA, it seems, has decided that “imposing such requirements would be unduly burdensome to small UAS operators” and that “

The training, testing, proficiency and experience requirements for obtaining a commercial pilot license have limited relevance to the nature of small UAS operations. FAA

The drones themselves will have to be registered (for a $5 fee). That seems like a common-sense idea, as it will make it easier to identify crashed drones and their owners. Pilots will not have to follow any set maintenance or inspection schedule, but will obviously have to follow the manufacturer’s guidelines.

In total, the FAA assumes it will cost a pilot about $215 to get certified and register a drone (that includes travel cost to take the test, as well as a $50 applicant fee). 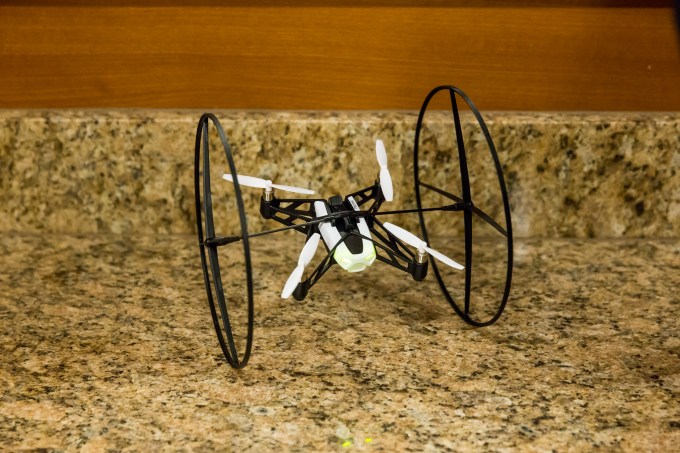 It looks like the FAA is also considering a “micro UAS” classification for very light drones under 4.4 pounds made from “frangible materials that break, distort, or yield on impact so as to present a minimal hazard to any person or object that the unmanned aircraft collides with.” These very small drones, it seems, may get their own — and more lax — set of rules for flights under 400 feet and within 1,500 feet of the pilot. These pilots will not have to take a knowledge test and instead only have to sign a statement saying that they have familiarized themselves with how to operate the drone. Unlike regular small drones, pilots will be allowed to fly these drones directly over people. This isn’t set in stone, though. Instead, the FAA will invite comments on these ideas and whether they should be included in the final rule.

Originally, the expectation was for the FAA to publish its proposal by the end of last year. Clearly, the FAA missed that deadline. Without rules in place, the commercial drone industry was practically grounded because the FAA strictly forbids any commercial drone.

It’s worth repeating that this proposal only marks another milestone in the FAA’s rulemaking process. The details of the rule could still change, though I don’t expect we will see any drastic changes before the rules go into effect.

Over the last few months, the FAA has given number of businesses exemptions under Section 333 of the FAA Modernization and Reform Act of 2012. These companies, which range from film companies to real estate agents and businesses that use drones for monitoring large farms, are allowed to use drones under a strict set of rules, similar to the ones now proposed by the FAA. The FAA also now operates six drone test sites across the U.S. and is working with a number of commercial and academic entities to establish additional rules for integrating drones into the airspace system.

Early rumors last year indicated that the FAA’s rules would likely be stricter than it now looks. According to the Wall Street Journal, the FAA was going to limit flights to daylight hours (likely half an hour before and after what the FAA calls “civil twilight“) and to flights under 400 feet and within the operator’s sight. Rumor had it that commercial drone pilots would also have to be certified pilots (though it wasn’t clear what kind of license drone pilots would need).

You can find the full leaked document here.