After a number of delays, the U.S. Federal Aviation Administration (FAA) today officially announced its proposed rules for small commercial drones. Most of the proposed rules already leaked earlier this weekend. Overall, the proposed rules are pretty straightforward and more lenient than expected, but while they open up a number of use cases, they are still strict enough to make it impractical to operate the kind of delivery drones Amazon and others have envisioned.

Here are the basics of the rules, which will apply to drones weighing fewer than 55 pounds: pilots will have to pass a knowledge test (but not a practical test) to get a newly developed drone operator license and will have to be vetted by the TSA. They will have to take a recurrent test every 24 months and be at least 17 years old. Pilots will only be allowed to fly during daytime hours and must be able to see the drone at all times (though they can also use a second operator as an observer). Once an operator has this license, it will apply to all small drones.

Thankfully, it turns out that the FAA will not require drone pilots to get a private or commercial pilots license, and operators will not have to pass a medical exam.

As expected, commercial drones will only be allowed to fly under 500 feet and no faster than 100 mph. Drones will have to be registered with the FAA. Flights over people are prohibited and visibility has to be over 3 miles. Drones can fly autonomously, but all of the other regulations (line of sight, maximum height, etc.) still apply and the pilot has to be able to take manual control at all times. 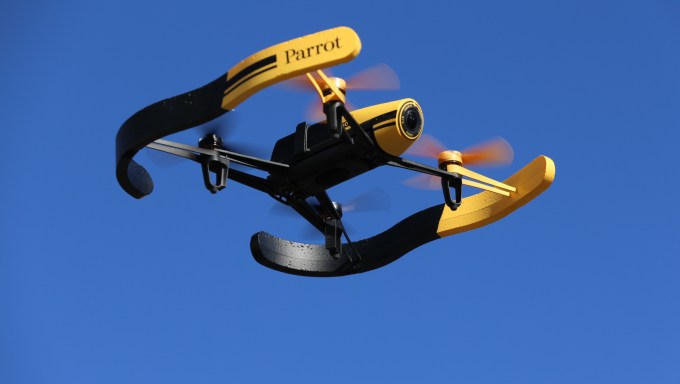 The FAA is also considering to create a separate category for very small drones under 4.4 pounds that may allow operators to fly over people.

You can find a more detailed summary of the proposed rules here and our analysis of the leaked document — which turned out to be correct — is here.

It’s worth noting that these rules do not apply to hobbyists and model airplanes.

“We have tried to be flexible in writing these rules,” said FAA Administrator Michael Huerta in today’s announcement. “We want to maintain today’s outstanding level of aviation safety without placing an undue regulatory burden on an emerging industry.” As Huerta also noted in a press conference this morning, drones have the potential to “greatly change how we use our airspace,” but the FAA is obviously also interested in ensuring the safety of the existing users.

One of the most frustrating aspects of the proposed rules — at least for many drone startups — is that only line-of-sight flights are allowed. While you can obviously use a camera on the drone, you have to be able to see it at all times (and binoculars are not allowed). This mostly restricts commercial drone usage to use cases like photography, power line inspections, search and rescue, and crop monitoring. As Jesse Kallman, the director of regulatory affairs at commercial drone startup Airware notes in a statement today, “this is not unexpected. They [the FAA] state the technology is not available, but indeed it is, and is being used safely in Europe today.”

It’ll be almost impossible to operate any delivery drones like the ones Amazon has proposed under these rules.

The FAA needs to begin and expeditiously complete the formal process to address the needs of our business, and ultimately our customers. Paul Misener, vice president, Global Public Policy, Amazon


As Amazon’s vice president of Global Public Policy told us in an emailed statement this morning, “the FAA’s proposed rules for small UAS could take one or two years to be adopted and, based on the proposal, even then those rules wouldn’t allow Prime Air to operate in the United States. The FAA needs to begin and expeditiously complete the formal process to address the needs of our business, and ultimately our customers. We are committed to realizing our vision for Prime Air and are prepared to deploy where we have the regulatory support we need.” Chances are then, that Prime Air will first launch outside the U.S. 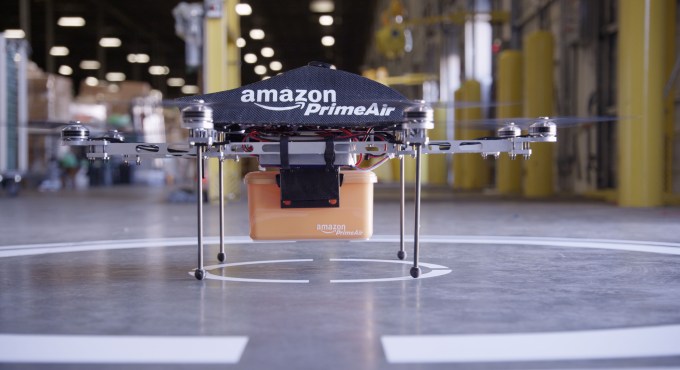 As the FAA however also noted in today’s press conference, this is only a first step. The administration continues to evaluate technologies that will allow drones to go beyond line of sight and will continue to allow for exemptions. For now, though, delivery drones remain grounded.

For the most part, the new rules follow common sense and are a good first step, even though they still prohibit some use cases. Brian Wynne, the president and CEO of the Association for Unmanned Vehicle Systems International echoed this sentiment. “This is a good first step in an evolutionary process that brings us closer to realizing the many societal and economic benefits of UAS technology,” he writes in a statement today.

It will still be a while before today’s proposed rules become reality — and they could still change before they do. The FAA is now asking for comments on a number of aspects of these rules. It will likely still take a while (possibly more than a year or two) before these rules can take effect. Until then, commercial operators will still have to apply for exemptions with the FAA.