For the past year or so, Yahoo has been working through a major design overhaul under CEO Marissa Mayer, and it looks like it has now started testing out new formats for its biggest property of all, Yahoo.com.

From the looks of tips that we’ve received from readers, and a handful of others on Twitter, the new site will sport a much cleaner look, with a collapsible vertical menu bar on the left that highlights some of the effort the company has made to beef up its content. It will also feature some dynamic pop-up widgets to give people real-time access to things like Yahoo Mail. And the version we have seen also includes an integration with a non-Yahoo site: Twitter.

We have reached out to Yahoo about the appearance of the new Yahoo.com, and as you might expect the company had no comment. “We are always testing and trying new stuff :-) But we don’t have anything to announce at the moment,” a spokesperson wrote me in an email. The appearance of the site for more than a few people, and the new features, spurred us to cover it anyway.

There is some clear logic to a redesign for Yahoo.com. First of all, it’s been a while. The last major overhaul was in February 2013 in the U.S. — a format that rolled out in EMEA November 2013. Given how much more has changed since then with individual properties like Flickr, Sport, and mobile apps, it makes sense that the main Yahoo page gets a new look to align with the rest.

Second of all, it’s the company’s crown jewels, but they may need a polish. Yahoo.com ranks as the seventh most-popular website in the U.S., according to Quantcast. And comScore (subscription req’d) pegs its traffic at 155 million uniques per month. Yet perhaps more tellingly, those audience numbers are on the decline: comScore says they are down by some 16% since August 2013. A redesign could go some way towards reversing that.

Here are the changes we can see:

Do you want to see how this looks? You can check out the gallery below. Or, one of our tipsters, Chris Begley, tells us he’s seen the preview in Safari — so that may be one other way you may get a chance to see this for yourself. 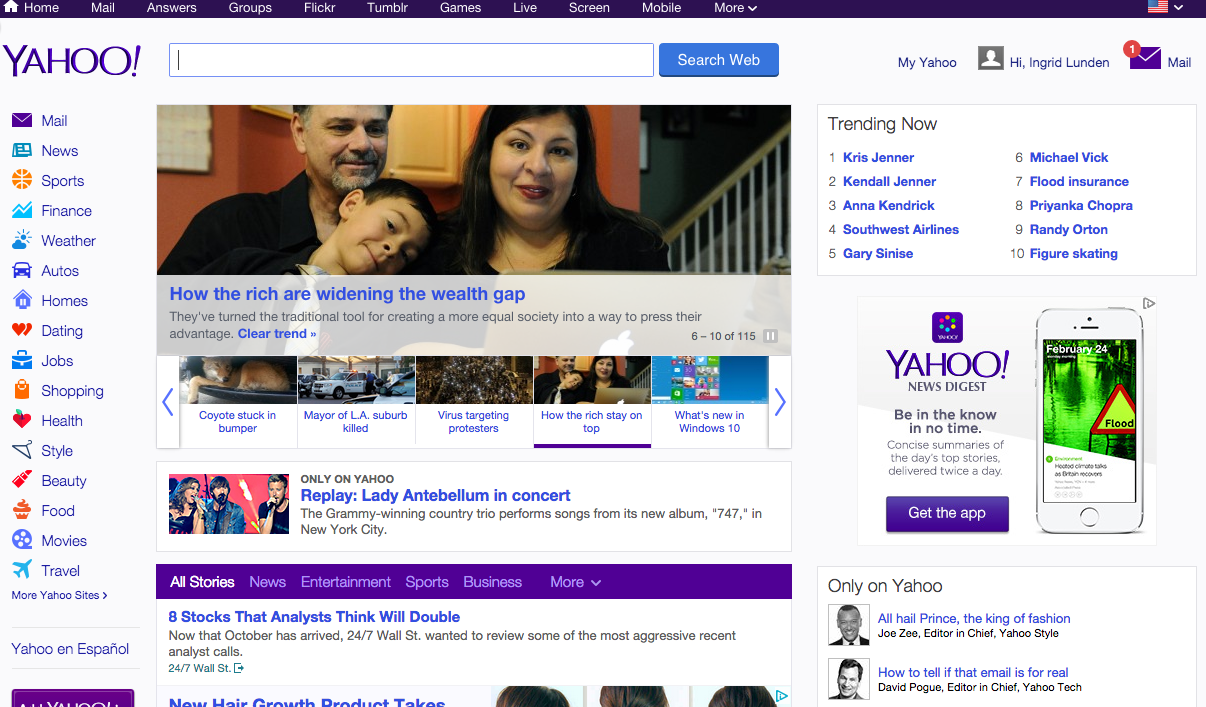