I reach for the iPhone tucked down the side of my wheelchair and launch the Hive app. After a couple more taps on the screen, there’s an audible click from across the room. A few seconds later, I hear the boiler sparking up before the central heating finally kicks in. It’s a familiar sound, but this time the experience is profoundly different.

I break out in a smile knowing that I will never again need to take a stick and whack the boiler’s out-of-reach array of switches each time I want to override the central heating schedule or adjust its settings. Nor will I have to ask somebody else to operate the central heating for me. The future is here and it just got a little more evenly distributed.

The smart home — which at its most basic is enabling various devices around the home, such as thermostats, lighting and door locks, to be connected to the Internet and controlled via a smartphone — is going to be a huge boon to accessibility. However, like a lot of technology before it, this vision of the future has been prohibitively expensive (and often overly complex), putting it beyond the reach of many, including people like me who have a physical disability and for whom smart home technology could potentially make the most difference. That’s starting to change.

More recently, a raft of new smart home products have been coming to market, both from traditional consumer electronics companies and startups alike, helped by the rise in crowdfunding via platforms like Kickstarter and IndieGoGo. Unlike the uber smart home systems traditionally sold by smart home specialists, however, these new generation of products tend to take a small pieces, loosely joined approach that makes it easier (and cheaper) to dip a toe in the smart home waters.

The disadvantage, of course, is that discrete devices, by their very nature, don’t always talk to one another, requiring a separate app each to operate, and aren’t nearly as smart as they could be. But that too is changing.

For iOS users, Apple has unveiled HomeKit, its own (somewhat locked down) platform for integrating third-party smart home devices, letting them interact with each other, as well as with Apple’s Siri.

Google-owned Nest is also opening up through its “Works with Nest” developer program, which positions the company’s Nest Learning Thermostat as the hub of the smart home, enabling other apps and devices to utilise the smart thermostat’s motion sensor and feed into its self-learning capability.

Others vying to become a smart home standard are Quirky’s Wink, and Samsung-acquired SmartThings. The Internet of Things ‘recipe’ service IFTTT is also doing a good job at providing some level of interoperability between disparate smart devices.

It’s still early days, however, and this is reflected in the cobbled-together nature of my own smart home setup. It currently sports a Hive smart thermostat from British Gas, two sets of smart lightbulbs from Philips and LIFX, a Belkin smart plug and motion sensor, and an Apple AirPlay-enabled home audio system.

But, while my approach has been tentative so far, I’ve already experienced enough first-hand to know that, just like other enabling technology before it, the smart home has the potential to change my world for the better.

Hive Active Heating is a smart thermostat from UK energy household name British Gas, with technology provided by AlertMe. The device replaces your existing thermostat and boiler switch, enabling your home’s central heating to be programmed and controlled via the excellent Hive iOS and Android smartphone apps, or the Hive website. 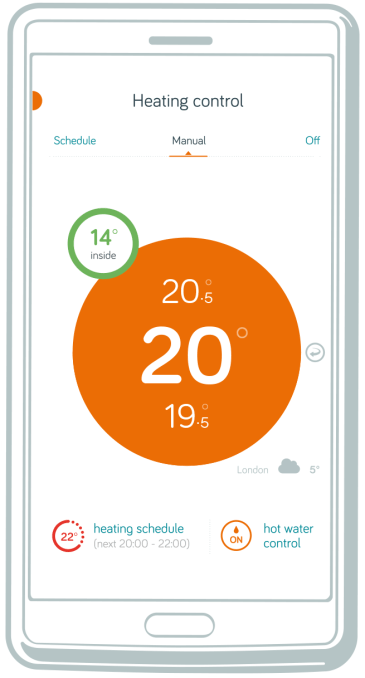 Commands are actually sent via the cloud, so require the Hive system to be permanently connected to the Internet in addition to your home’s WiFi network. However, this also means you’re able to toggle your heating even when you are away from home, which is especially convenient on a freezing British winter’s night.

More recently, British Gas has added geo-location features to alert you if you accidentally leave the heating on when leaving the house or if you’re returning home and the temperature is set lower than you find comfortable.

On the downside, Hive Active Heating doesn’t feel especially smart, at least not compared to other smart thermostats on the market. Here I’m thinking of Nest’s self-learning algorithms that help it understand how long your home takes to heat up in various weather conditions, or Tado’s geo-fencing functionality that means it can be set to automatically switch on your heating as you approach home.

There’s no open API yet either, meaning that other smart home devices and apps can’t interact with Hive, though I’m hopeful this will change in the future. However, none of the above takes away from Hive’s accessibility credentials; being able to control the central heating via my laptop and smartphone has been truly empowering.

Philips Hue is a ‘connected’ lighting system that comprises various LED-based colour-changing lightbulbs and other lighting products, which can be controlled over your local WiFi network and, optionally, the cloud. Like Hive, the Hue’s main accessibility draw is the ability to adjust your home’s lighting via a smartphone.

My setup consists of a Hue starter kit (see our full review), providing three LED multicoloured lightbulbs, and the required Hue hub, which can talk to up to 50 bulbs on the same local area network. This lets me use my iPhone to switch any of the three Hue bulbs — two in the lounge and one in the hallway — on and off, along with adjusting their intensity and colour. The latter feels a tad gimmicky at first but soon becomes a great way of changing up the atmosphere of a room, which is especially useful as somebody who works predominantly from home. 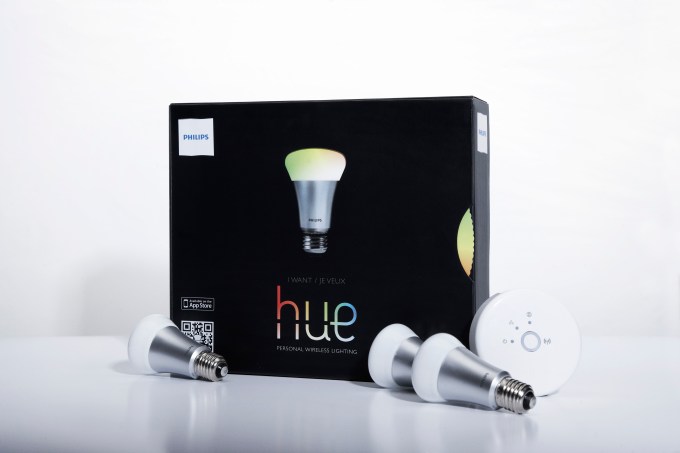 There’s one accessibility caveat, however: If someone turns the lights off at the existing wall switch, the corresponding Hue lightbulbs no longer receive power and are therefore temporally disconnected from the network and can’t be controlled by the Hue app. This isn’t an issue specific to Philips Hue, but is common across almost all connected lighting solutions. Nonetheless, until you retrain your household’s collective muscle memory, be prepared to lose that new-found independence at the flick of a switch.

The other major plus of Hue is its growing ecosystem, which is already seeing an increasing number of third-party apps and services add support for Philips’ connected lighting. This means, for example, that you aren’t stuck using the official iOS and Android app, which is just as well since it’s overly complex and not particularly intuitive.

Startup LIFX is a direct competitor to Phillips Hue, and offers a similar accessibility proposition: the ability to control your home’s lighting via smartphone apps and the cloud. However, unlike Hue, the LIFX connected bulbs don’t require a separate hub and, instead, connect directly to your home WiFi network. As a result, they are more expensive per bulb, but have less upfront cost, since you don’t need to purchase a starter kit but can begin with a single bulb. 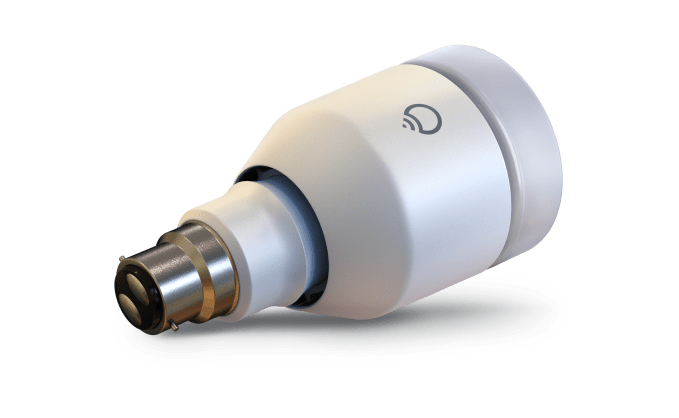 A few other noticeable differences compared to Hue: The LIFX bulbs are considerably brighter, running at a maximum of 1,017 lumens, and colours seem more vibrant, which may be important depending on your take on multicoloured lighting. The official LIFX app for iOS and Android is also a lot more intuitive than Philips Hue.

However, third-party support and the platform as a whole feels less mature, although this is steadily improving. The LIFX bulbs themselves are pretty bulky, too, and can run rather hot at times. 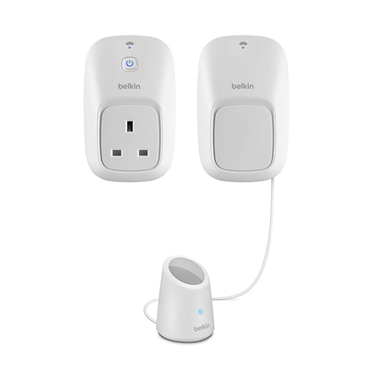 The Belkin WeMo Switch + Motion is my first foray into home automation, rather than making the home smarter simply by being connected. It consists of two hardware components: a WiFi-enabled power plug/outlet, and an accompanying motion sensor, which can be placed somewhere else in the home.

The former lets you turn devices on and off via the WeMo Switch and app, providing a similar accessibility advantage as the other smart home devices. The latter, meanwhile, goes one step further, and enables devices to be switched on and off based on motion, such as people entering and exiting a room, together with other rules, like time of day — all programmed via the very intuitive WeMo app.

While I haven’t quite figured out the ideal accessibility use case for motion detection, one example I’ve played with is having a fan come on and off depending on whether or not anybody is in the room. By combining IFTTT, which WeMo supports, you could also, theoretically, set a rule that adjusts this behaviour based on local weather conditions, too. If the outside temperature is low, don’t switch on the fan regardless of any motion detected.

Apple’s AirPlay technology, which lets compatible devices stream audio (and video and photos) to each other, should probably count as the start of my smart home journey, although I didn’t know it at the time. 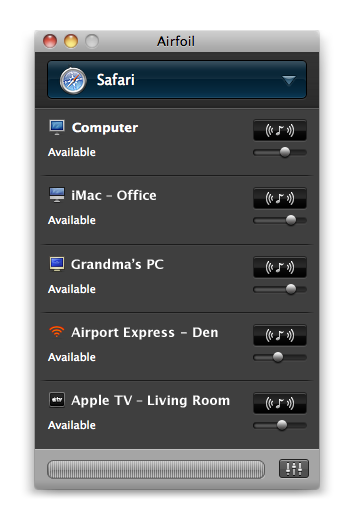 Through the combination of an iPhone, iMac, Airport Express WiFi adaptor, and the excellent AirFoil app, I’m able to stream and control music from my smartphone or computer to two separate home audio/speaker setups in the lounge and bedroom/home office, respectively. This includes music stored in iTunes, and other sources, such as Spotify running on my laptop.

Once again, the accessibility advantage is the ability to remotely control my digital music collection and connected home audio system via an app.

The burgeoning smart home currently means different things to different people. As it stands, for a device to qualify as being ‘smart’ it simply needs to be connected, either locally and/or via the cloud — and this alone provides greater accessibility. However, over the next few years, the smart home is going to become a lot smarter by making better use of data and increasing integration between devices and platforms, with the end-goal being home automation.

Right now, smart home devices tend to give you a lot of control but require far too much intervention; as my colleague Natasha Lomas says, an app for everything is not particularly smart or liberating. In contrast, the idea behind home automation is to have the home take care of you, rather than you needing to take care of it.

This could be anything from blinds automatically opening and closing, based on factors such as time of day, ambient lighting or weather conditions, or the lamp in your home office coming on as you approach your desk, via the use of Beacon technology (an idea I’m going to explore after recently backing Airfy’s successful Kickstarter campaign).

In fact, with a new generation of smart home devices coming to market that pack an array of sensors, from motion or proximity detection, to something that measures air quality, the possibilities of home automation are going to become almost limitless. And it’s not hard to see how that future could further improve accessibility and the lives of people with disabilities. Or anybody else, for that matter. Just how I like it.