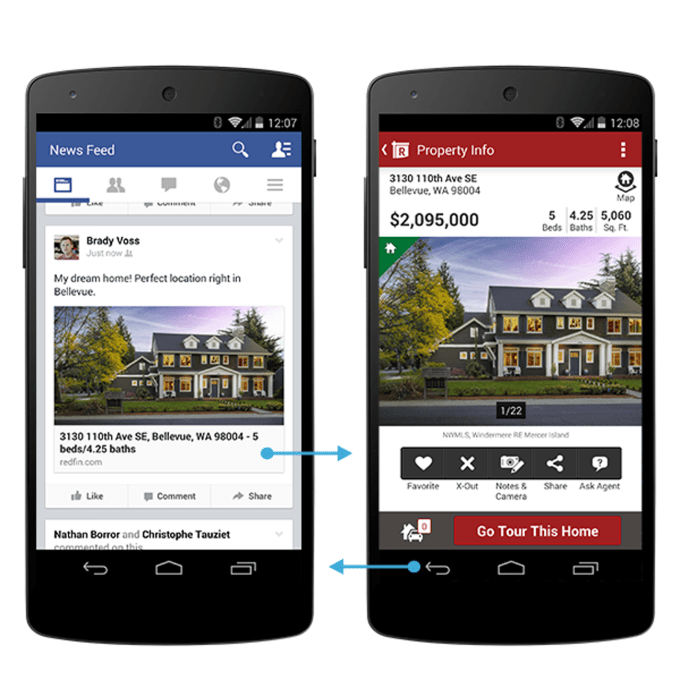 Today, Facebook is rolling out analytics for App Links, its initiative to make it easier for developers to link to specific content in partnership with Parse (which it purchased last year) and Mixpanel. The data available is still rather simple, but it’s a first step to convincing developers that they should use it to send traffic between apps.

That information doesn’t seem to valuable to begin with, but it’s vital for getting developers to use App Links for ecommerce and ads on Facebook’s mobile News Feed. Those are the two most important use cases for Facebook — in the long run, it wants developers to pay to get apps installed on their devices, and then pay up again to get users back into apps by giving “reminders” in the News Feed in the form of ads that go to specific targeted content in the native app experience.

In addition to analytics, Facebook announced several minor updates to App Links. The initiative now supports both Windows 8 and universal Windows apps and can detect taps of the Android back button. The App Links site has also been updated with a blog that will be updated with example projects and case studies to give people a better idea of what’s being done with the tech.