Unity and Mozilla today announced that they are bringing the Unity game engine to the web using the WebGL standard and Mozilla’s asm.js.

With over 2 million users, Unity is one of the most popular game engines on the market.

At the Game Developer’s Conference in San Francisco today, the two organizations will demo a version of the popular 3D shooter Dead Trigger 2 running in Firefox, the only browser that currently supports asm.js. With the release of Unity 5.0 later this year, WebGL support will become available as a Unity early-access beta add-on.

So far, Unity was only available in the browser through a plug-in. That plug-in was very capable and extremely popular, but the trend is clearly away from this kind of architecture and toward applications that run natively in the browser. Because asm.js is just a subset of JavaScript and WebGL is supported in all modern browsers, even games that are optimized for asm.js will still run on every other platform — just a bit slower. 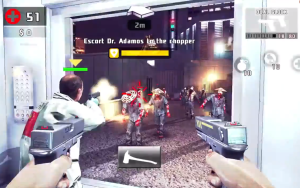 As Mozilla’s engineering director and inventor of WebGL Vlad Vukicevic told me earlier this week, Unity and Mozilla worked very closely together to bring Unity to the web. For the last two years, teams from Mozilla and Unity have regularly met (often weekly and for extended periods of on-site work at each other’s offices) to get Unity to this point. In the process, Mozilla game platform strategist Martin Best told me, the two partners managed to push each other to meet their respective goals.

Many developers, he also noted, have been asking for a Unity WebGL port and it’s long been one of the main questions his team has fielded. He did stress, too, that this will just be a first release and only one milestone on a continuous road to pushing WebGL and asm.js forward.

Ralph Hauwert, a senior developer at Unity Technologies, also noted this and stressed that once the first version is available, he expects that further development will happen as an iterative process that will involve both Unity, Mozilla and the developer community. 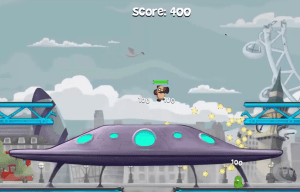 If all of this sounds eerily familiar, it’s probably because you remember that last week Mozilla also announced that Epic’s Unreal Engine 4 will support WebGL and asm.js. Clearly, there is strong industry support for Mozilla’s asm.js solution of getting JavaScript to run at near-native speeds, and game developers are also clearly interested in getting their games to run on the web without the need for plug-ins.

Interestingly, we haven’t heard any similar announcements from Google recently, which is betting on Native Client as a way of getting high-end games into the browser.

For more on Unity 5 itself and the features it offers besides WebGL, also see our more in-depth post here.