Even if you don’t know what Unity is, you’ve probably played a game made with it.

Unity is a game development engine that has skyrocketed in popularity over the last few years. Its main draw: you build a game once, and it works (natively!) on nearly every major platform (Xbox, PS3, Windows, iPhone, Android, and so on — the list at this point is nuts) without much extra work.

This morning at GDC, Unity announced the fifth major release of their engine. This comes about 16 months after the launch of Unity 4.0.

So, what does this mean for you, the gamer?

If you’re a gamer, just know that a fairly popular game creation tool just got a whole lot better — better lighting, better audio capabilities, greater efficiency, etc. It’s sort of like if your favorite artist suddenly gained access to a bunch of fancy new paints, or if your favorite band was brought into a bigger, better recording studio.

One of the features that might most directly affect most gamers, though, is Unity’s new found fondness for WebGL. While Unity has supported browser deployment for a while, users were required to download and install a plug-in. No one likes plug-ins. It’s really early days (the company calls it “Early Access”), so don’t expect it to be fully featured in every browser right off the bat — but as of 5.0, Unity developers should be able to start pushing Unity games directly to compatible browsers, no plug-in required.

So, what does this mean for you, the developer? 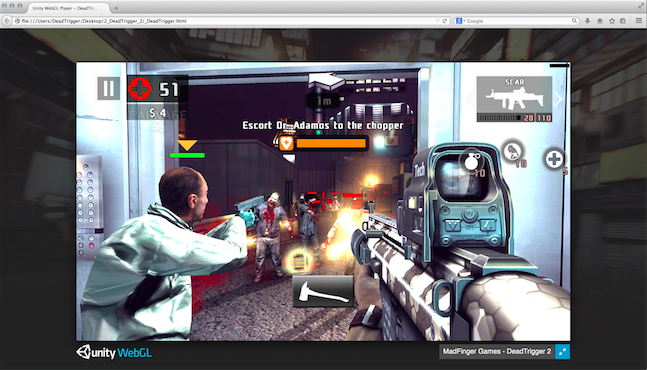 I’ve broken down a list of most of Unity 5’s flagship features below. To answer the most pressing questions first: they haven’t announced a release date (or even a release window), and they haven’t locked in prices yet. With that said, Unity CEO David Helgason tells me that he “doesn’t expect there to be any surprises” with the pricing.

(For reference, the base version of Unity is currently free, including the ability to publish to iOS and Android — but if you want some of the fancier features [like publishing without a Unity splash screen, support for third-party plug-ins, and the super snazzy audio/lighting effects], it’s $1,500 per developer for a “Pro” license.)

For all the current Unity developers out there: if you ordered Unity 4 after the company promised a massive overhaul of its GUI editor, don’t panic; Helgason promises me that Unity 4.x will see one more big update, and it’ll include the new GUI system.

Here’s a video showing off most of Unity 5.0’s shiny new abilities: