Twitter’s tests involving a new mobile interface that would do away with the app’s standard four buttons in favor of a “swipeable” menu at the top, have come to a halt. Previously, users on Android’s beta testing program were using an unreleased version of the application that let you move through a number of streams, including Home, Notifications, Messages, Activity, Trending, Find People and Me, for example.

The changes beta users could see, as reported by The New Yorker this September, were a hint of what was to come in what would soon be a radical overhaul of the Twitter user interface. Said the report at the time:

Twitter will dispense with its hallmark menu—four buttons at the bottom of the screen—which lets users toggle between different sections of the service: Home, Connect, Discover, and Me. Instead, users will swipe from stream to stream to stream. The streams themselves will be both airier and more immersive, consuming more of the screen; they will show more content and less interface.  (A new version of its Android app just emerged which offers a taste of the new look.)

The design had a brighter, almost iOS 7-like feel, hinting that what Android beta testers were seeing could potentially become the new public build that would be pushed across both Android and iOS platforms, as the company attempted to better unify its product versions across devices.

But in an update to both the alpha and beta builds this week, Twitter rolled back these changes, reverting testers to the older user interface where four black buttons (Timeline, @ Replies, Discover, and Me) have again returned. They are at the top of the screen in these builds, not the bottom as on iOS.

The alpha version of Twitter, which was opened up for public signups just this month, is focused on improving the Android experience across a wide range of devices, including those with poor connectivity, from what we’re hearing. The current app offers a combination of public and pre-released features, including the ability for users to reply, retweet, favorite and follow others 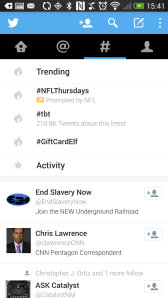 directly from their Twitter timeline, which is a newer addition to the public release.

Alpha users also have a different looking Discover section, where trends are available in both detail and list views, the former to give a bit more context to a trend by providing a sample tweet or two. And a new pop-up is appearing on the “compose tweet” interface, asking users for their current location with a prompt “are you in [city, state]?” But those are minor changes, and seem a bit experimental.

However, resetting both test builds, alpha and beta, to the older, four-button user interface may imply Twitter has some retooling to do when it comes to the release of its forthcoming redesign. We have been hearing that Twitter is pulling back on the aggressiveness of the changes, but then again, alpha and beta builds are still only test builds, so you can’t read too much into any of this. 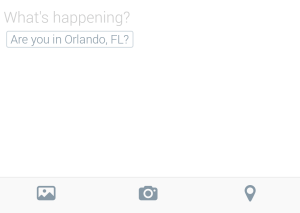 Twitter has introduced a number of changes in recent weeks, some which have been divisive. In the case of switching from the black, four-button UI to the lighter one, some users preferred the more iOS-like look and feel of the updated interface, while others found the increased array of choices a bit too much to swipe through. The company has also rolled out changes like rich media-filled Twitter Cards, a blue line to connect conversations, interaction buttons on the mobile timeline, pre-expanded images, and more, not all of which have been met with favorable reviews.

Below, are screenshots of what the alpha (top) and beta apps (below) looked like before and after this week’s switch. 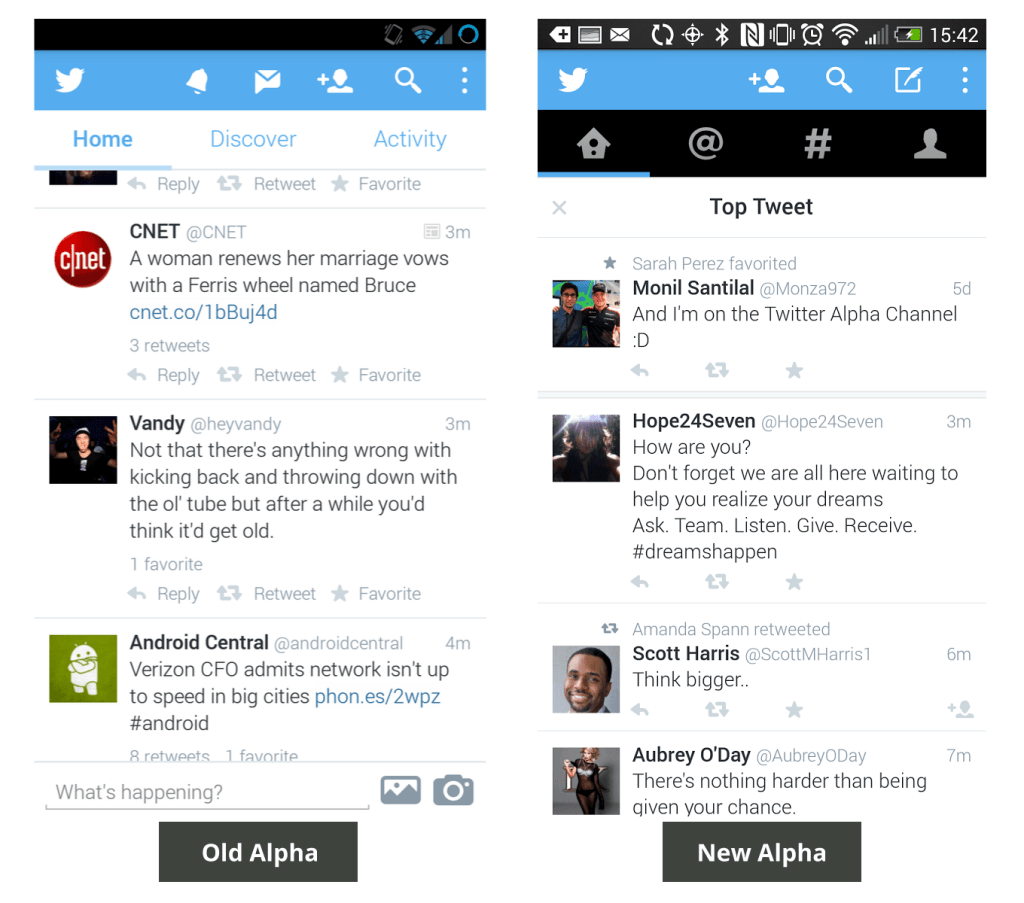 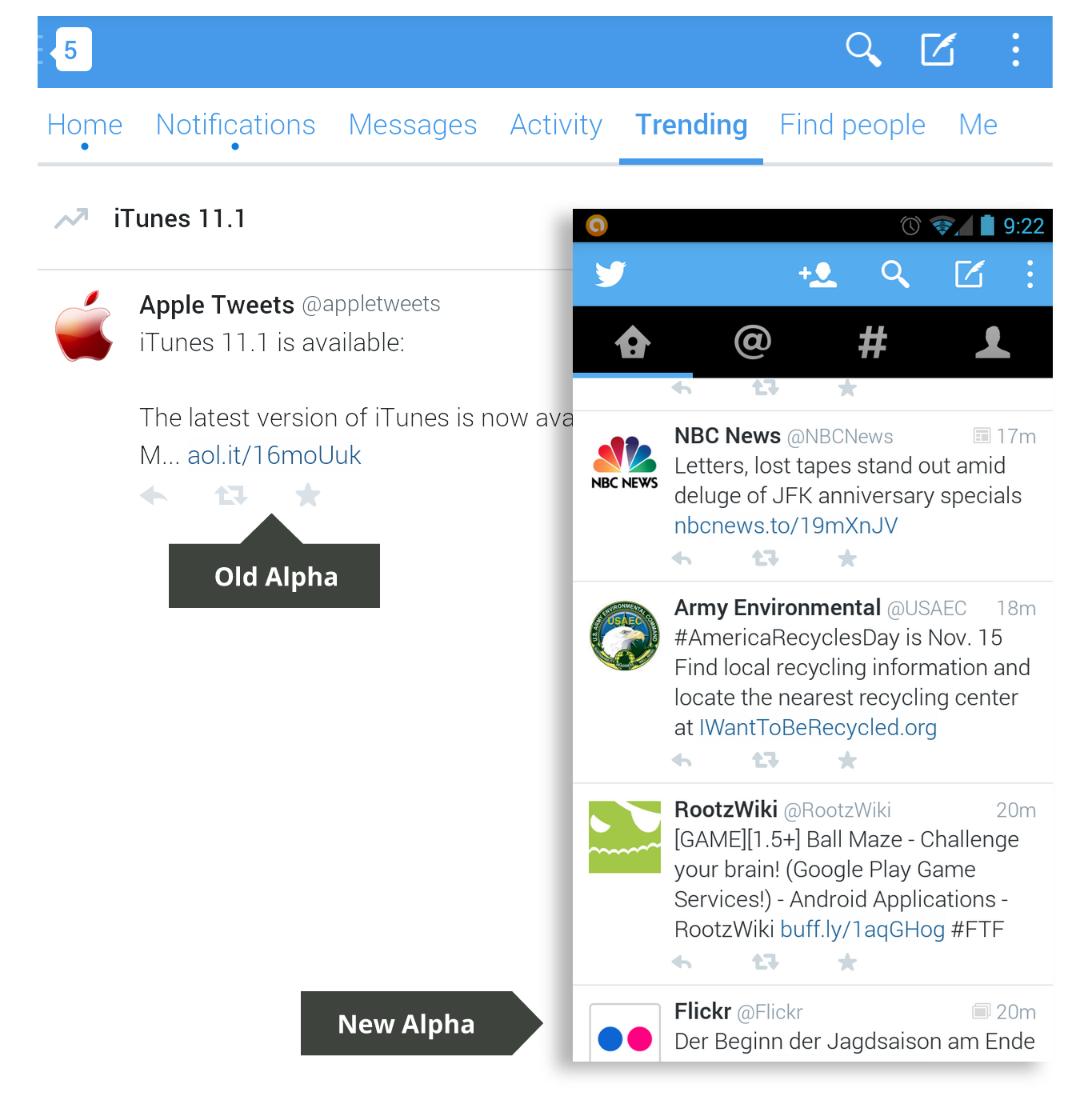