Microsoft just announced the next version of its Office productivity suite. If you were hoping that Microsoft would simplify how it delivers Office to its users, though, you will be sorely disappointed. The new Office will come in numerous online and offline versions, as well as the already semi-announced version for Windows RT tablets. In essence, Microsoft is taking an approach that’s somewhat similar to what Adobe is doing with its new Creative Cloud (though without making all of its tools available for just one subscription price): Office 365, which is currently just a set of online tools, will become a subscription service that will allow users to “stream Office 365 to any Windows 7 or Windows 8 Internet-connected computer.” At the same time, though, Microsoft will also continue to make Office available as traditional desktop software with a perpetual license. 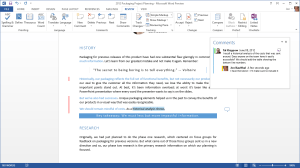 Microsoft is clearly putting a focus on the Office 365 subscription service with this release. Indeed, Microsoft CEO Steve Ballmer called the new emphasis “Office as a service” in today’s announcement.

The company says that Office 365 will come in four different versions (no word on pricing yet):

The advantage of these subscription versions, says Microsoft, is that every user’s settings (including Ribbon layout, styles etc.) will move with a user. Just log into a new machine and changes will sync automatically. These subscription versions will also be updated regularly, so users won’t have to buy a new edition or upgrade when a new version comes out. 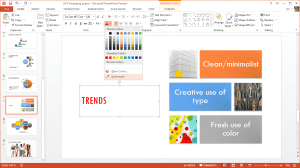 Also, because the Office Apps can be streamed to any PC, the new “Office on Demand” feature allows users to work on any Internet-connected Windows 7 or 8 machine and once they close the app, it will be removed from this PC.

As for the traditional desktop versions, Microsoft has remained quiet about the different versions it plans to ship and currently only mentions Office Professional Plus 2013 in its press materials. The old-school shrink-wrapped/downloadable version of Office currently comes in three flavors (Professional, Home & Business and Home & Student). Chances are, the next version will offer a similar lineup.

Microsoft, of course, will also make a number of Office server applications available for this next version, including Exchange, Project and Lync. These will be available in the cloud as part of Office 365 for business, deployed on-premises or as a combination of both.

A Microsoft spokesperson told us that the company plans to continue to offer the free Office Web Apps that are currently available to all Windows Live users through SkyDrive/Live.com.

What About Office for Mac?

Microsoft promises that the final version of Office 365 will also include Office for Mac, which has generally been developed by a different team and always had a slightly different look and feel and release cycle. It looks like Microsoft is now bringing Office for Mac closer in line with the rest of the product line, but so far, we haven’t received any information about it or seen any screenshots.