Because investors sure are. Facebook’s share price jumped up 3.8% to $33.05 today on news that it’s now showing its ads on Zynga.com in a revenue sharing partnership. Most amazingly, neither the press nor users seem to be freaking out that their private, personal data is now being used to target them with ads outside of Facebook.

That means Mark Zuckerberg waited just long enough, proving he’s even smarter than he used to be.

Once upon time, Facebook rolled out massive changes to all its users at once, and sometimes it pushed them too early. The news feed would eventually become one of Facebook’s most popular features, but dropping it onto everyone’s home page at once without warning caused uneasiness to snowball and produce “Students Against Facebook News Feed”.

And Beacon, often called Facebook’s biggest privacy blunder, is essentially back in the form of Open Graph auto-sharing and it’s helping apps like Socialcam pop up to 83 million monthly users. Oh what a difference a few years makes. 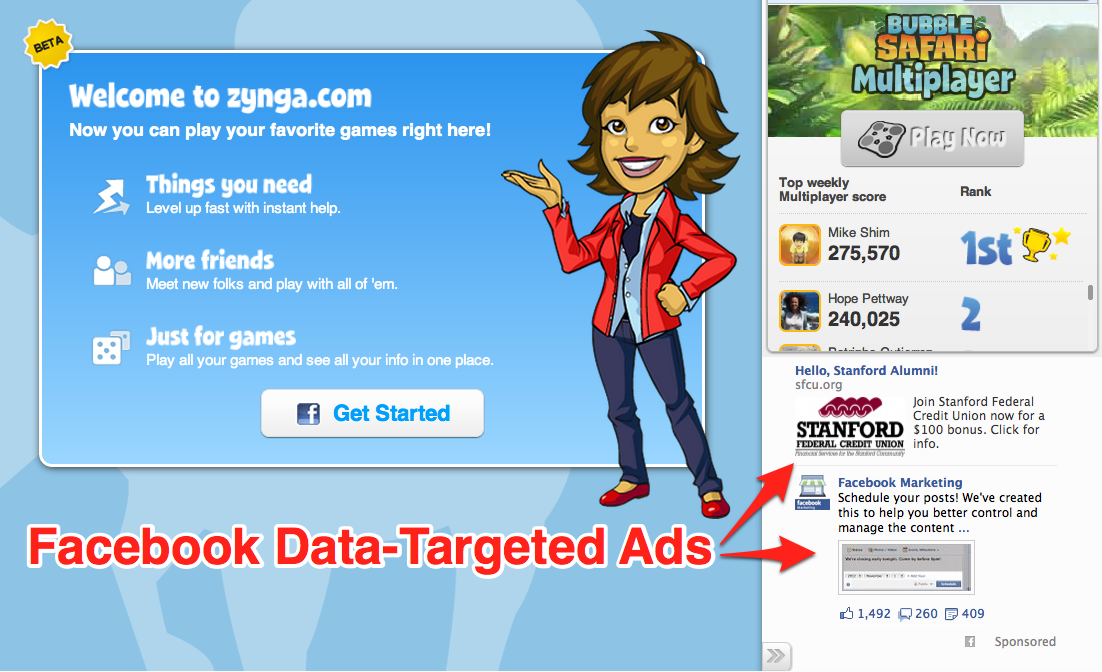 Pundits have said for years that Facebook should launch an AdSense-Killer offsite ad network, but it wisely delayed until now. Beyond the meddling of extremists like Europe vs. Facebook, a major privacy scare hasn’t rattled the average Facebook user in quite a long time. The company even emerged from privacy audits by U.S. and European government agencies without having to make changes.

With time, many users have come to realize that personal data-targeted ads are actually less annoying because they promote things they might actually want to buy. People are ready to realize that a lack of targeting data is the primary reason ads on the Internet are so annoying. Facebook’s ad network could make them relevant. It’s the right time for off-site ads.

And Facebook didn’t suddenly roll out those ads to thousands of sites. It signaled with the Developer Agreement in its S-1 to IPO that it would show ads on Zynga.com, and it made a change to its privacy policy to give it the freedom to show more types of ads off-site.

Most importantly, it rolled them out first to Zynga and Zynga alone, a company hundreds of millions of Facebook users have already given their personal data while playing games like FarmVille, CityVille, and its acquired Draw Something. This is the right way to roll out off-site ads. 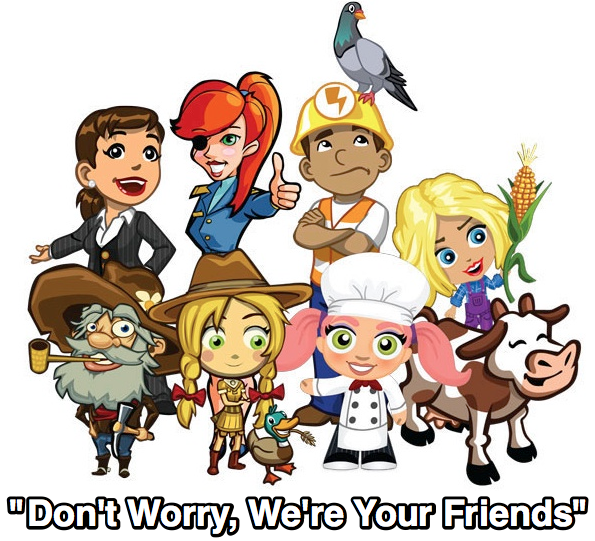 With this careful strategy, Facebook has prepared the world for seeing those little blue-boxed ads all over the Internet. It still might wait months or more to officially launch an ad network. You can bet when it does that first it will be with “trusted sites” — ones that are popular and uncontroversial, before opening it any wider.

Now that it’s a public company, Facebook can’t afford to ship something that causes massive backlash. That doesn’t mean it won’t keep innovating and iterating. It will just do it incrementally. Facebook wants you to be more “open”. Open with friends and open to ads. But it’s done swinging the battle axe in the name of the future, waging a war on our ingrained behaviors. Facebook’s new strategy is social by a thousand cuts.